At YHA Australia, we’re serious about making small changes in order to make a big difference. That’s why we’ve banned the sale of single use water bottles at all owned and operated properties since 2014. Instead, we sell reusable bottles and encourage guests to fill them up with our cool, crisp, filtered water. Here’s 6 reasons why we made the change – and why it matters for your group. 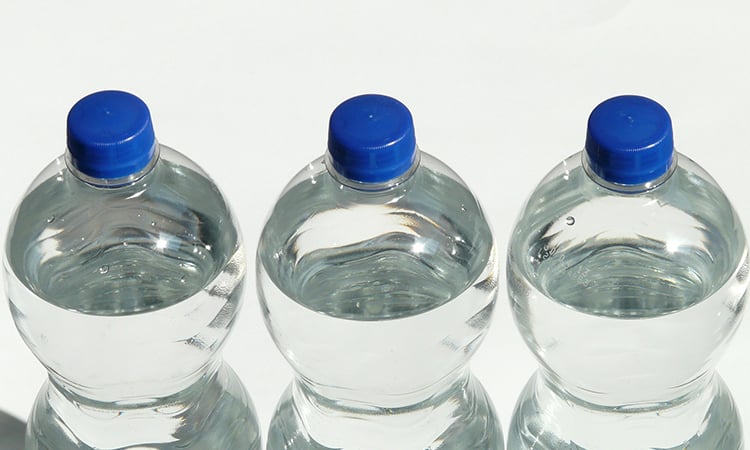 The years since 2000 have been the hottest in the earth’s history, and the impact of producing bottled water is disastrous. It takes 460,000 barrels of oil annually to meet Australia’s need for plastic water bottles. If you fill a 600ml bottle of water with 25% of liquid – that’s how much oil it took to produce that one single use bottle, which seems like a pretty poor way to use a finite resource. Producing plastic water bottles also produces 600 times more carbon dioxide emissions than tap water. Banning plastic water bottles is one of the many things we do to reduce the volume of pollution we put into the air.

Far more water bottles end up washed out to sea than disposed of responsibly, and the impact on our beautiful oceans is severe. Ingestion of plastic pollution is deadly for marine animals. It can also get wrapped around heads, flippers and tails, never to be removed. The chemicals in the plastic are also being revealed to kill the reproductive health of some fish species – did you know it can even have the ability to make a male fish, female? One of the many reasons we’ve banned plastic water bottles is because we love all the earth's creatures at YHA Australia and don’t want to see more plastic than fish in the sea.

Although the majority of these single-use water bottles are recyclable, the sad reality is that mountains of plastic end up in landfill, taking 1000 years to break down, leaching dangerous chemicals into the ground. Individually, we make our best efforts to recycle, but the amount of water bottles that end up in the wrong places is still overwhelming. At YHA, we don’t believe that something that takes us a few minutes to drink should be continuing to poison the environment for hundreds and hundreds of years after we’re gone.

Water is great for your health, but drinking out of a single use plastic water bottle may not be as good for you as you think. Water bottles are made from PET plastic, which is made from harmful chemicals which have the ability to seep into the water and make you sick. Refilling them is even worse, which makes them a terrible option for overnight trips. If you’re drinking as much water as you should, a 600ml single use bottle will be empty in a few hours, meaning you need to refill it. The more you refill it, the more nasty germs gather around the tip of the bottle, making it even more likely you’ll become ill. Refillable water bottles are easier to wash regularly, and contain none of the nasty chemicals single use bottles have.

Reasonable people wouldn’t dream of paying 10,000 times the cost of something they can get for free, yet Australians buy bottled water in droves. To make matters worse, only some bottled water comes from spring or groundwater sources, while 25 per cent of it comes from…you guessed it, the tap! Some people say they prefer the taste, yet many studies have shown that people are unable to tell the difference in taste. Encouraging your group to bring their own water bottles is smart saving on top of saving the environment.

Simply put, paying money for something we are lucky enough to have come out of the tap is wasteful. It is a waste of money and resources – the antithesis of what we are all about. On top of that, plastic water bottles currently make up 38 per cent of the total Australian litter volume.

Interested in travelling with your group? We have a great range of group accommodation across the country. Click here to find out more!