These murals aren’t your average coat of paint…

The refurbished Byron Bay YHA is a work of art in itself, but the highlight of its lush revamped pool area is this epic beach-themed mural by Sydney creative Mulga the Artist, featuring everything from a moustachioed pineapple to a surfing cockatoo. 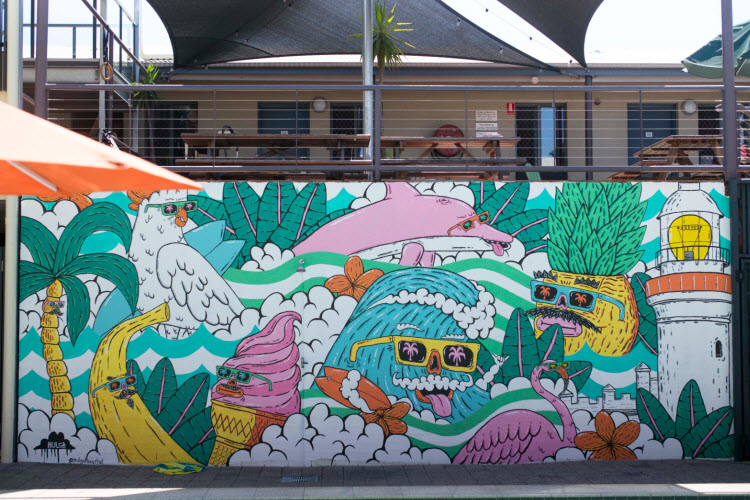 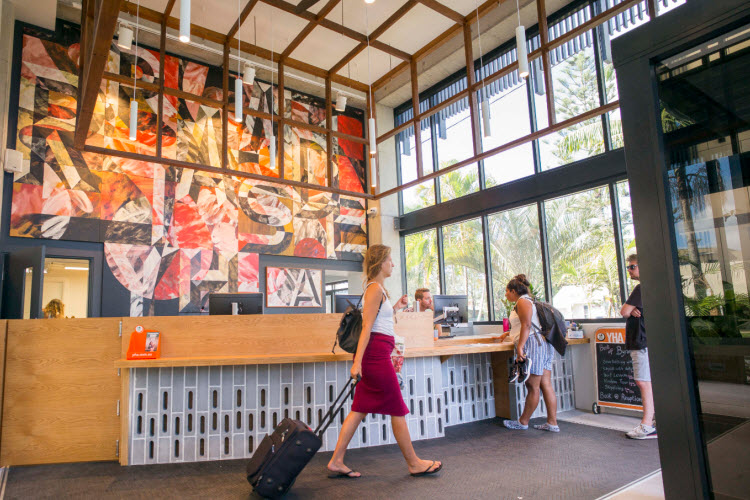 Mulga was a busy boy for YHA in 2018 – a few weeks before that Byron creation, he put the finishing touches on the massive facelift of Sydney Central YHA’s trendy common areas with a mural spotlighting the seagull-loving Captain Allen Anchor Beard. 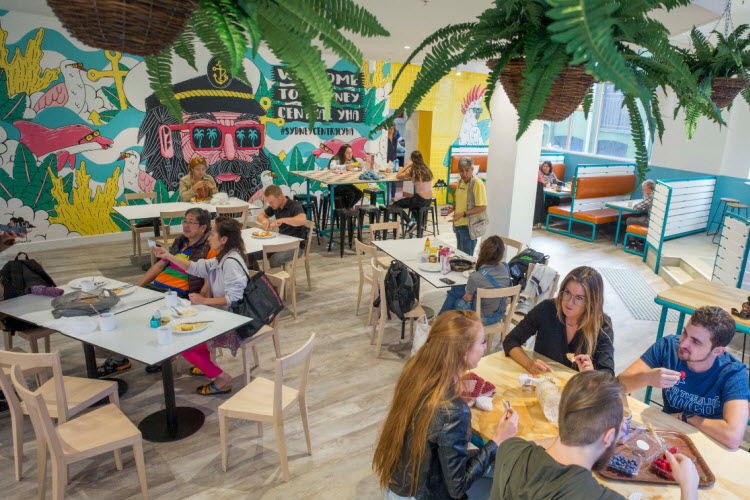 Central’s neighbour Railway Square YHA didn't miss out on the paint party – local artist Antony Makhlouf added a spectacular coat of paint to the converted parcels shed, complementing his many prints that hang throughout the halls of this stylish inner-city property. 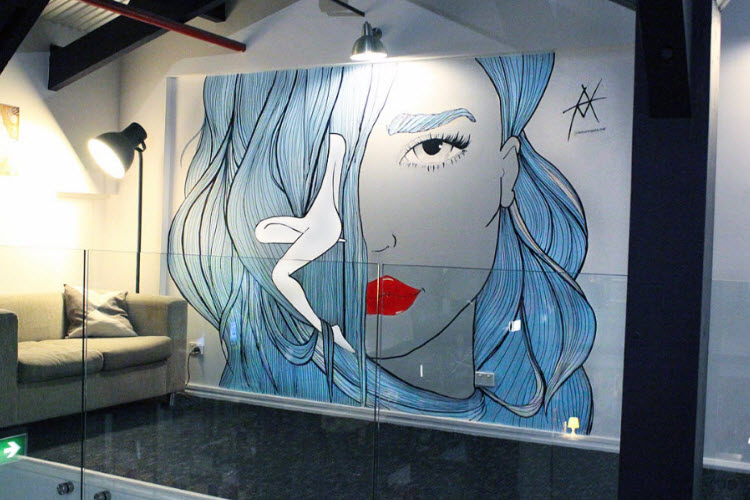 A masterpiece by Vans the Omega is the centrepiece of the Adelaide Central Market, and one of the highlights of nearby Adelaide Central YHA, too. VTO spent three days completing the epic three-storey piece, a portrait of a local girl named ‘Flower’. 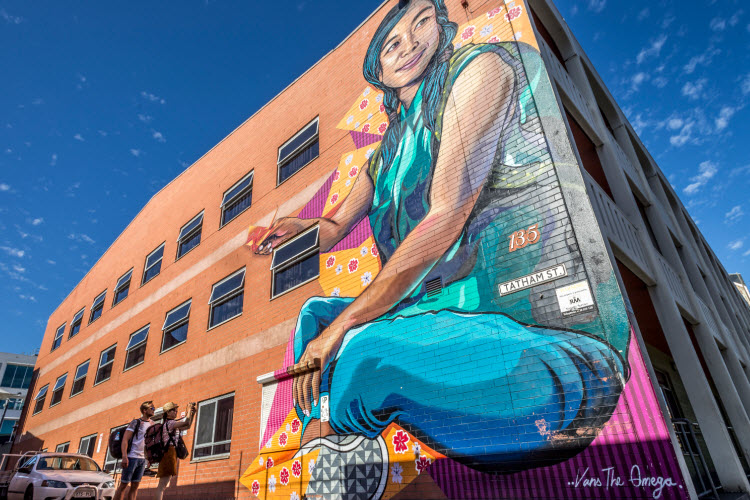 Muralist Cto left his home in New Zealand to chase his dream of becoming a street artist in Melbourne – and judging by this work at Melbourne Metro YHA, he’s made a smart move. Cto’s hostel work is made up of four #travelinspo quotes as well as two portraits of staff members, Patrick (‘The Game Master’) and Tina (‘Energetic Identity’).

Drapl is one of Bris Vegas’ most in-demand muralists and one of his pieces – a portrait of a girl with a frangipani in her hair – welcomes guests to the front courtyard of Brisbane City YHA. 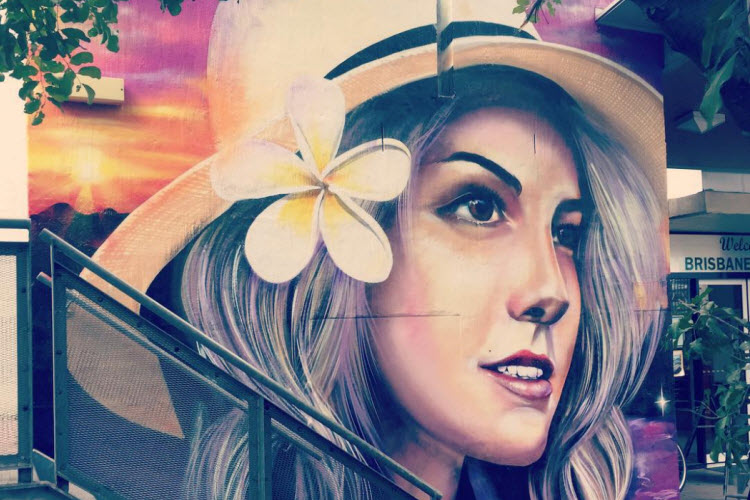 Descend into the depths of the deep blue sea as you follow the stairs into the kitchen, entering a world of sharks, dolphins, treasure chests and sunken ships. Texan artist Kegan Eastham also found room for two Newy icons above the waves: Nobbys Beach and the Pasha Bulker bulk liner that famously ran aground in 2007, not far from Newcastle Beach YHA. 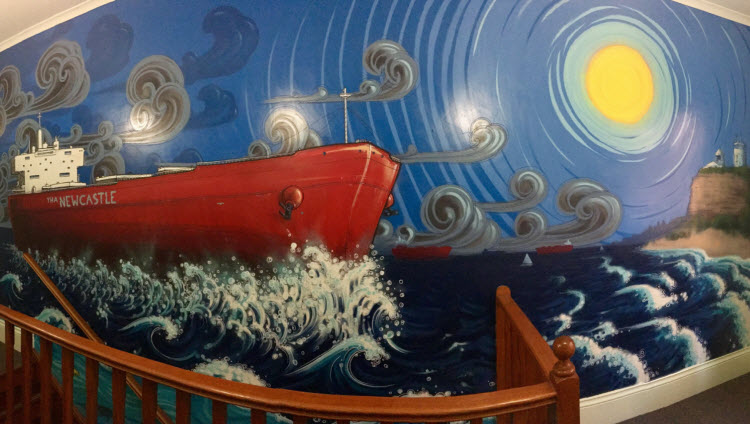 Byron Bay - Byron Bay YHA
Looking for the perfect place to relax? Byron Bay YHA is a tropical oasis - central to cafes, restaurants, local bars and Byron Beach.
View Details
Sydney Central YHA
Our heritage-listed building, opposite Central Station, is ideally positioned near the Sydney Airport Train line, Darling Harbour, Chinatown and the Powerhouse Museum.
View Details
Adelaide Central YHA
Located right in the centre of the city, Adelaide Central YHA is only a 7-minute walk to Adelaide Central Market and a short bus ride to Adelaide Festival Centre and Adelaide Zoo.
View Details
Melbourne Metro YHA
Only a short free tram ride to the CBD and close to the University of Melbourne and Queen Victoria Market. Melbourne Metro YHA has everything you need for a great stay in cultural Melbourne.
View Details
Brisbane City YHA
An award winning travellers' hostel, Brisbane City YHA is close to Suncorp Stadium, Roma St Transit Centre, South Bank, the Gallery of Modern Art and the Queensland Museum. Oh, and did we mention that we have a pool overlooking the Brisbane River?
View Details
Newcastle Beach YHA
Opposite Newcastle Beach, and right in the centre of town, this friendly YHA is perfect for travellers looking for affordable accommodation.
View Details