Does it get any more Aussie than South Australia?

From beer and beaches to sport and seafood, SA is home to all things quintessentially Australian.

Nothing says ‘Australia’ like beach culture and the South Australian coastline is covered with some of the most beautiful strips of sand you’ll find anywhere in the country. There’s the 40km of suburban beaches in Adelaide – which offer great surf and snorkelling, swimming with dolphins, seaside and clifftop walks and gorgeous sunsets over the water – as well as plenty more all over the state, particularly the scenic Fleurieu Peninsula. 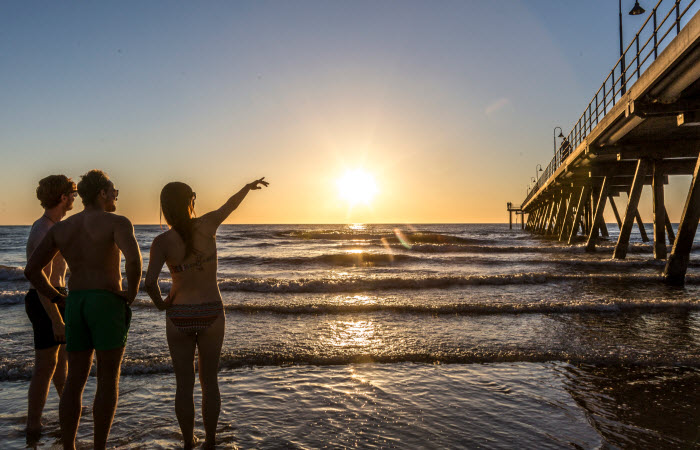 And even more Outback

Wondering what the Aussie Outback looks like? You’ll find out when you head north from Adelaide. The brutal, beautiful terrain is dotted with striking landscapes – such as the red rock formations of the Flinders Ranges and the vast expanses of desert around Lake Eyre and William Creek – plus tiny, quirky, friendly towns like the underground opal-mining community of Coober Pedy and the iconic pink roadhouse at Oodnadatta. South Australia is also covered with some epic walking trails that wind through a lot of very Aussie scenery. The most famous is the Heysen Trail, a mammoth 1200km journey that begins in Cape Jervis overlooking Kangaroo Island, twists through the Adelaide Hills, then ends up at Parachilna Gorge in the Flinders Ranges.

Saying Australians like beer is a bit like saying Germans are fond of a sausage or Brazilians don’t mind a spot of football… a big, fat understatement. And South Australia is renowned for its craftiness in the beer department. The family-run Coopers Brewery has been producing the state’s favourite pint since 1862 and a new wave of boutique beers and cellar doors have joined them in recent years, including award-winning craft breweries Pirate Life in the city, Vale Brewing in McLaren Vale and Prancing Pony in the Adelaide Hills. 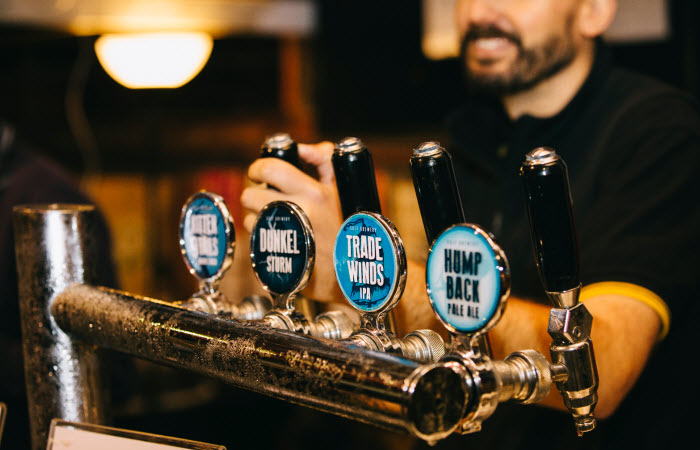 Or a world-class wine…

Aussies’ love of a drink isn’t limited to beer, and there’s a heap of world-class wine regions dotted around South Australia. The Barossa Valley is home to quaint sandstone cottages and superb Shiraz, McLaren Vale is surrounded by rolling hills and rugged coastline, the Clare Valley is the cradle of Australian Riesling… and that’s before we even get to the dozens of wineries to visit in Langhorne Creek, the Adelaide Hills and Kangaroo Island. Cheers! 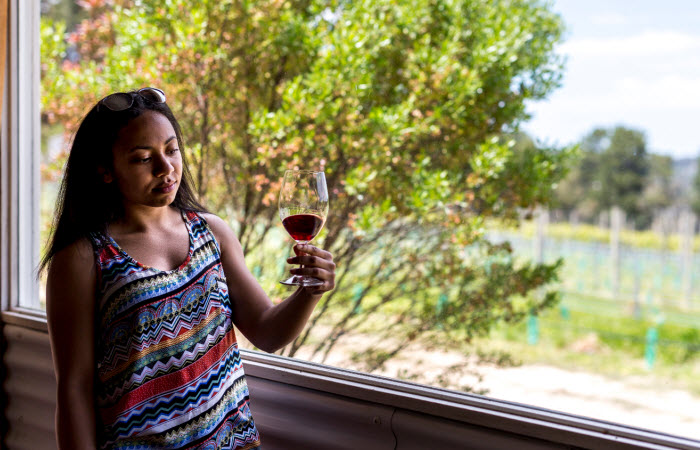 Or a delicious meal, especially seafood

Tucking into a good feed is a very Australian experience, and South Australia is a foodie’s paradise. Where else can you taste some of the world’s best oysters, tuna, crayfish, crabs, snapper and whiting fresh from the ocean, tour the regional delights of Kangaroo Island, Fleurieu Peninsula, Eyre Peninsula and the Limestone Coast under the one roof at the Adelaide Central Market, and even sink your teeth into a ‘Feral Mixed Grill’ at the Prairie Hotel, loaded with kangaroo sausages and emu pâté. 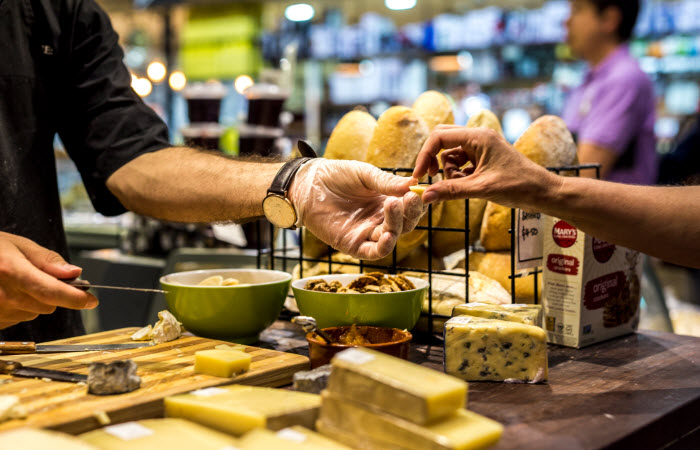 Australians treat sport like a religion and Adelaide is called ‘The City of Churches’, so it’s no surprise that South Australia’s most revered cathedral is dedicated to sport. Crowds of more than 50,000 regularly flock to the recently renovated Adelaide Oval – located just across the River Torrens from the city centre – to worship their sporting heroes, particularly AFL clubs the Adelaide Crows and Port Adelaide Power in  winter as well as cricket in summer. 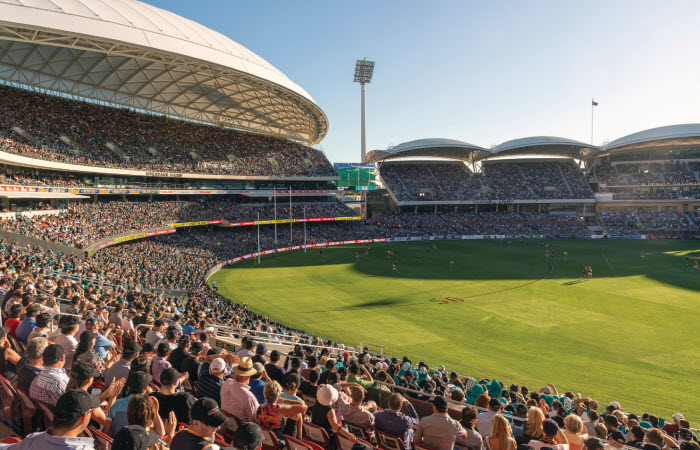 Australia’s national animal is found hopping all over SA. You can get up close and personal to a kangaroo at Cleland Wildlife Park in the Adelaide Hills, and if you’re lucky, you’ll also see mobs of roos bounding around the Fleurieu Peninsula, Flinders Ranges and Kangaroo Island, which lives up to its name! 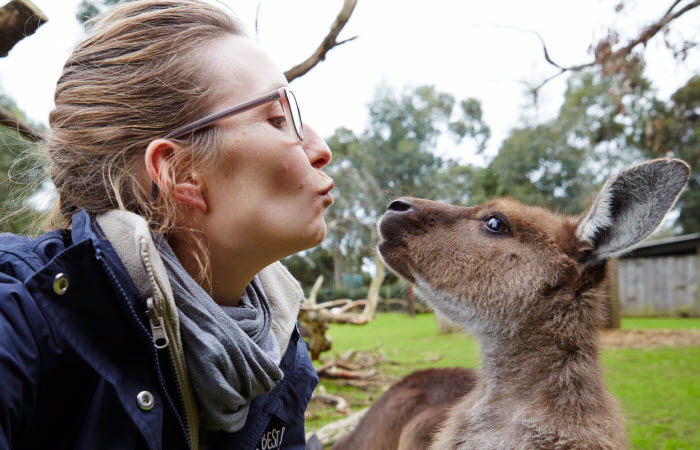 These large, flightless birds are the other half of Australia’s coat of arms, and you’ll spot them in plenty of places around South Australia. You can also hand-feed emus at Cleland Wildlife Park, or see them walking along the beach on the Yorke Peninsula or down the road in the Flinders Ranges. 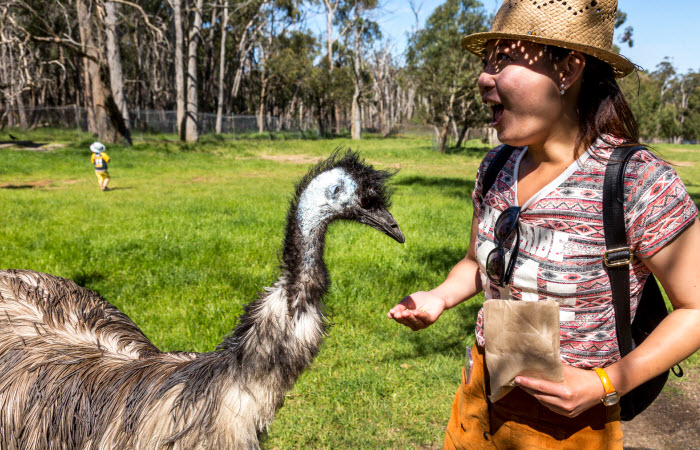 Plus plenty of other unique animals

The entire state of South Australia is crawling with native Australian animals, like koalas in the Adelaide Hills and near Port Lincoln, echidnas and black swans on Kangaroo Island, and whales migrating past the Fleurieu Peninsula – you can even spot them from the balcony of Port Elliot YHA! And then there’s all the ‘swim with’ activities around SA, such as shark-cage diving and swimming with sea lions off the Eyre Peninsula, dolphin cruises in Adelaide and even having a dip with the spectacular giant cuttlefish. 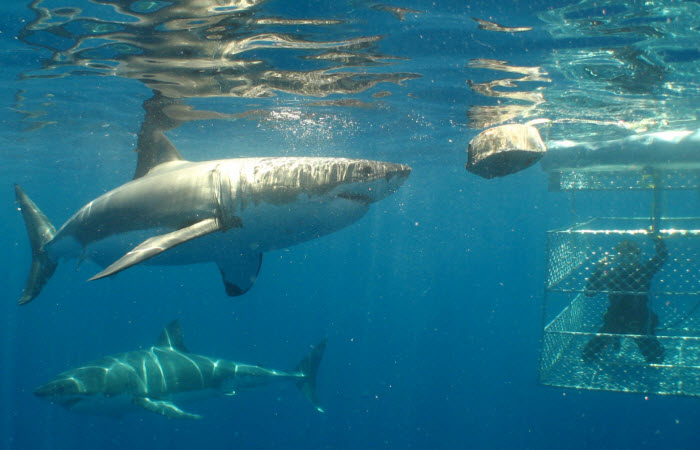 Last but not least, the people are bloody friendly!

A smile on a Melbourne tram might be as rare as rocking-horse poo but a friendly face is never far away in South Australia. Experience that trademark Aussie hospitality when you stay with YHA in SA, hey – we’ve got great-value hostels in Adelaide, Port Elliot and Port Lincoln, as well as bucket-list tours and experiences all across the state. 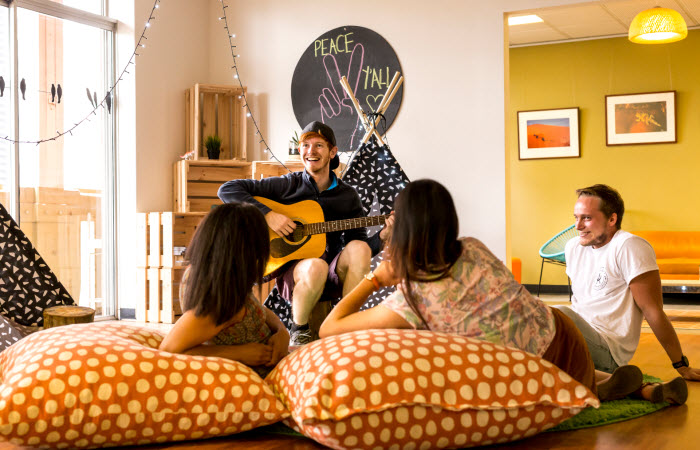