Discover Why Canada Has Long Been The Destination Of Choice For Australian Working Holiday Makers. By Keren Levelle

Canada has long been the destination of choice for Australian working holiday makers, writes Keren Lavelle.

If you are an Australian citizen aged between 18 and 30 inclusive, the Canadian government's initiative International Experience Canada allows you to travel in this part of North America, stay and work legally in Canada for up to two years, and experience all the best that this multicultural, bilingual nation has to offer. 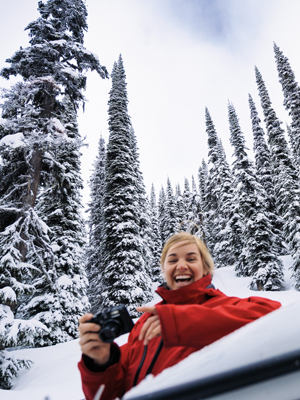 You can help fund your travel by working for all or part of your time. The most popular kind of work permit is Working Holiday, for which you don't need a job offer before you go. Other work permits include Young Professionals (if you do get a job offer before you go) and International Co-op (which allows you to intern as part of tertiary study). Find full details here.

Most Australians will find a range of work opportunities, from traditional choices like bars and restaurants through to ski instructors and lift operators on the ski fields during winter. The key is being ready to turn your hand to anything, and being flexible where you go.

Canada has similarities to Australia: most people speak English, although there is the chance to immerse yourself in a French-speaking culture in Québec, it's largely an immigrant nation, and it has wilderness areas – but there are interesting differences too, like “the shock of arriving in the middle of winter," as first-time traveller Kirsty Hines discovered, "and seeing snow for the first time. The snow went on for miles and miles; absolutely everywhere. It was like a dream come true!”

Some love the country: Mattias Samuelsson based himself at Banff. “Initially I planned to stay for winter, but I fell in love with the place and stayed through summer at the Rocky Mountains. We snowboarded in winter and went rock climbing, hiking, canoeing in summer.”

Others fall for the cities: Quebec City, “the oldest city in North America”, made Matt Harris feel like he was in Europe. He also discovered “there’s so many festivals in Montreal, it’s a good place to be. Their jazz festival was the best musical moment I’ve had. There’s the Francophone festival, the comedy festival: there is so much stuff going on.” 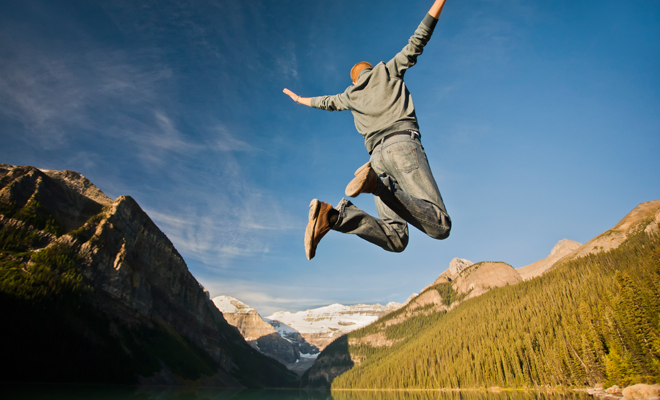 First stop is to get familiar with the visa requirements well in advance of bookings flights. Plan where you would like to base yourself initially and what season you want to arrive in. Once there, the world is your oyster and you’ll love Canada.

1.    Look for work diligently; you’ll find a job faster.
2.    Focus on finding casual work rather than the ‘perfect job’.
3.    Seek work just before or during peak tourism periods (winter for ski resorts/summer for lake resorts).
4.    Make sure you have enough money for at least two months in case you don’t find something right away.
5.    Know your rights as a worker in Canada.
6.    Update your resume and include a cover letter.

In particular check out this excellent guide.

Not Australian? Work permits are available to young adults from countries which have similar agreements with the Canadian government: see more on their international site. 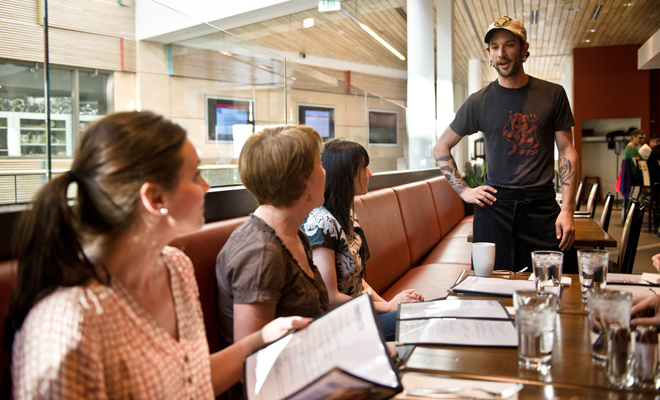 Every year, thousands of Australians go to work and travel in Canada – here’s how two found the experience.

"Feel much stronger as a person on my own”.

Aged 19, and after a year attending uni, Gabrielle Coombs was not sure of her choice. She decided to take a gap year in Canada, which “gave me time to think about whether I was doing the degree I really wanted to do," she says.

Gabrielle had spent time Canada four years earlier as an exchange student, staying with a host family in Québec, and picking up French. This time around, she wanted to live in an English-speaking environment, and was drawn to British Columbia: "I had briefly visited the lower mainland and really loved it. It is a very physically beautiful part of Canada; you can always see the mountains in the distance."

During her stay, Gabrielle also travelled to eastern Canada, visiting Ottawa, Toronto and Montréal, as well as taking trips to the US. She found work as a sales assistant at HMV Canada.

Not only did Gabrielle rediscover her desire to continue her studies, she is clear about the other benefits of her stay: "Working was a really great experience; I made a lot of really amazing friends at HMV. Overall, I feel I've benefited from just living away from the people I've spent most of my life with and forging new friendships; it's allowed me to feel much stronger as a person on my own."

Stuart: learning so much

A young man from a grazing background, Stuart Austin "learned more than I could ever imagine from my work in Alberta about farming, and from the Canadian agribusiness community about business".

Stuart worked as a guide on a guest ranch taking tourists up into the mountains on horseback, on oil fields, and on a grain farm. He joined two young farmer organisations and was elected as the chair of both of them. He learnt how to put himself out there and talk to anyone, and "most important of all, I built a professional network. Whilst there, I got a business idea and partnered with a Canadian to place Aussies in Canadian farms and Canadians in Aussie farms." His business, Positive Perfection, has grown, with partners in five countries.

Recently, flying back to Canada, "I had to pinch myself and wonder how the skinny young cowboy who ventured from southern New South Wales to the Northern Territory some years ago is now being flown half way round the world as an ambassador for the beef industry."