Getting out of London and heading north, writes Steve McKenna, opens up a feast of culture in three rejuvenated British metropolises. 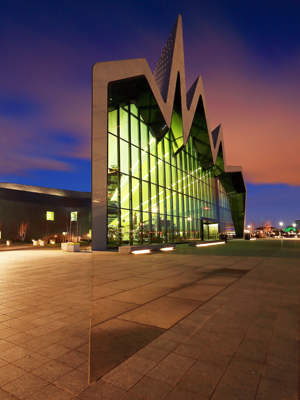 “What's the best thing to come out of Edinburgh? The train to Glasgow!”

This is one of the cleaner jokes told by Glaswegians or Weegies; people renowned for their treacle black humour - Billy Connolly and Frankie Boyle are among the city's edgiest funny men.

A few years ago, it would have been almost laughable to put gritty Glasgow alongside elegant Edinburgh in the must-visit stakes. Not now. After decades in the doldrums, sparked by the demise of its once-mighty shipbuilding industry, Glasgow has re-emerged as one of Britain's most fun and happening cities. In 2014 it'll be under the spotlight as host of the Commonwealth Games.

For many Weegies, the symbol of Glasgow's urban renewal is Merchant City – a revitalised zone of grand Georgian properties, tidily converted into chic bars, restaurants, shops and apartments. These photogenic sandstone buildings – whose previously weathered facades have been tickled clean - were constructed by the ‘Tobacco Lords’, a group of businessmen who earned a mint trading tobacco and sugar cultivated in the Americas in the 18th century.

A short ride away on the subway - the world's third oldest underground rail system after London and Budapest - you can soak up the bohemian vibes of Glasgow's West End.

Home to a thriving student community, it's a cracking place to cafe-hop, sip whiskey and snack on everything from haggis to vindaloo (Glasgow's curry houses are among Britain's best).

Surprisingly green, Glasgow is dotted with leafy parks, while walking and cycling trails line the banks of the Clyde, Glasgow's great river.

Check out the Hostelling Scotland for great accommodation www.syha.org.uk/ 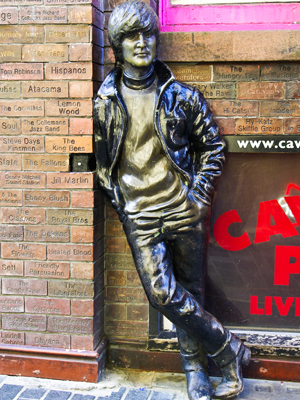 Half a century after the release of their debut single, Love Me Do, the Beatles still cast an enchanting spell over their home city. It's impossible to visit Liverpool without feeling the Fab Four's nostalgic presence. Buskers of all ages strum Yesterday and Yellow Submarine in the streets, a resident cover band perform a medley of Beatles tracks in the atmospheric Cavern Club (a replica of the venue where John, Paul, Ringo and George used to play), and you can even get a ticket to ride the Magical Mystery Tour, which buses fans to the likes of Strawberry Field and Penny Lane.

Yet Liverpool is far from a one-trick pony and even non-Beatles lovers are won over by the city's vibrant charms and its quick-witted residents who are dubbed Scousers.

One of the wealthiest ports of the British Empire, Liverpool sunk into economic decline post-World War II, but its successful stint as 2008 European Capital of Culture has given it renewed confidence and led to the opening of an array of tempting spots in which to eat, drink and be merry. A cluster is found in and around Liverpool ONE, a shiny open-air mall that sprawls across the formerly jaded city centre. It's a short stroll from the breezy, spruced-up banks of the River Mersey, which is lined with cultural treasures and lorded over by the awesome Three Graces, a soaring trio of Edwardian skyscrapers erected at the zenith of Liverpool's power. 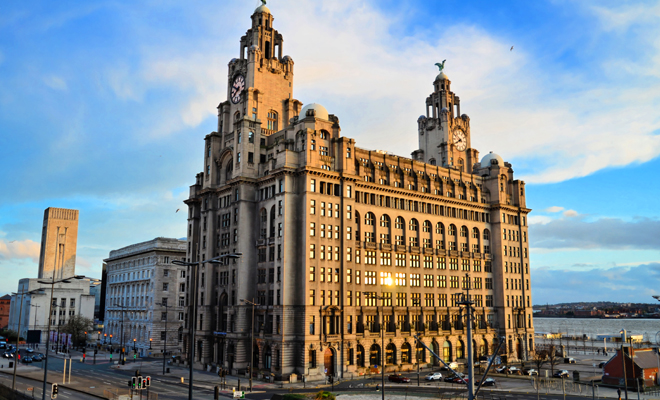 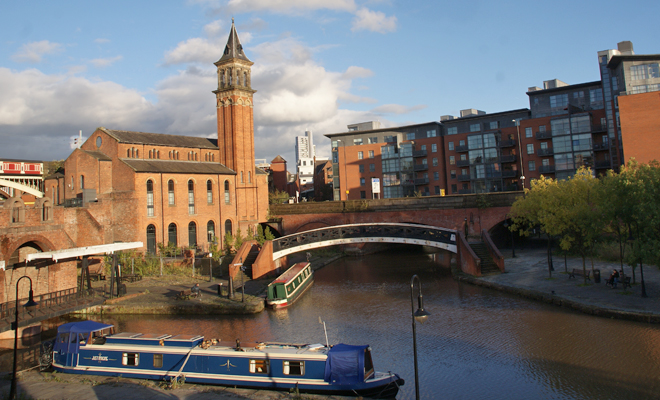 Just 50km up the M62 motorway or a 50-minute rail journey away, Liverpool's noisy neighbour, Manchester, makes a strong claim for being Britain's second city (though the Brummies of Birmingham would disagree).

Known as 'Cottonopolis' in the 19th century, when its textile products accounted for around half of Britain's exports, Manchester bathes in its rich industrial heritage. The compact city centre is strewn with majestic Victorian-era relics, including the monumental town hall and the Manchester Art Gallery.

Weather-beaten mills and warehouses have been transformed into a raft of bars, eateries and cultural gems, with several overlooking the canals that once ferried goods across the city.

While the Mancunian gigging scene has dipped since the 1980’s and 90’s, when New Order, the Smiths and the Stone Roses fuelled the psychedelic Madchester period, you can still catch good live music every night, with everything from up-and-coming house DJs to Oasis tribute acts.

For a high-brow evening, try the Royal Exchange. Once a trading point for textile merchants, this intimate 700-seat theatre hosts award-winning drama, ballet and opera in a splendidly opulent setting.

Manchester rivals Glasgow as Britain's best retail therapy hotspot outside London. Rebuilt after being devastated by an IRA bomb in 1996, the heart of the city is peppered with glossy malls and department stores like Selfridges and Harvey Nichols. 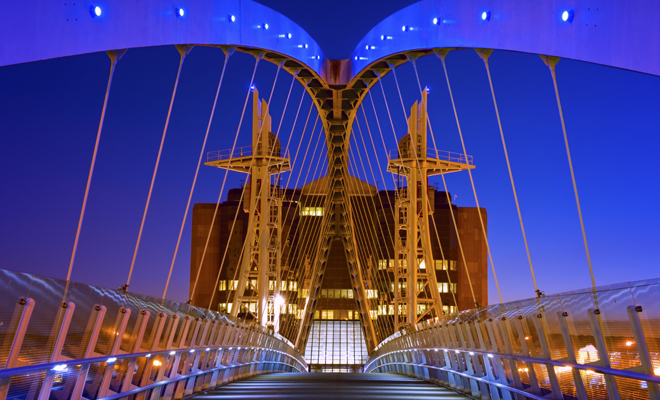