It's A Wild Thing

If you are planning a trip to Kangaroo Island, you can begin with its wild history - think sealers, escaped convicts and runaway sailors.

Before they arrived, the island was known to the Aboriginal people on the mainland as Karta, “Island of the Dead,”  probably because a creation being from the Dreamtime, Ngurunderi, crossed to the island, from where he travelled to the Milky Way. The spirits of the dead of a number of tribes were believed to follow his track to the afterlife in the sky.

Then there's the wildlife – you’ll be surrounded by it. Literally. Seals, sea lions (yes, they are different), penguins and dolphins are just a few of the stand outs in the sea life world. They inhabit the pristine waters that meet the sparkling white beaches and towering cliffs encircling the island. Back on terra firma is where Kangaroo Island gets its reputation of being a "zoo without fences." Preserved by its isolation from the mainland, this is the place to experience much of Australia's unique wildlife in a pristine environment. 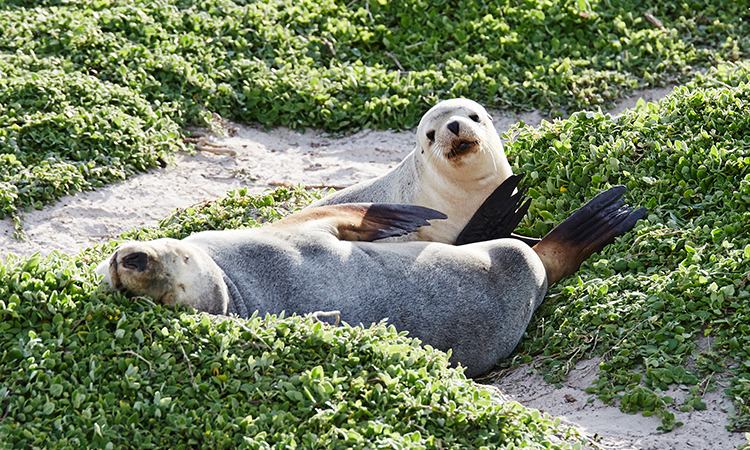 Kangaroo Island’s namesakes are a little wilder than the ones on the mainland with longer fur and darker colour.  You'll also find rare bird life, Tamar wallabies, short-beaked echidnas and loads of happy koalas, relaxing in their favourite eucalyptus branches, gorging themselves on their staple diet of leaves and giving a new definition to the word "chilled." For the patient and determined, there are also opportunities to spot the elusive and intriguing egg-laying, duck-billed, beaver-tailed, otter-footed mammal platypus – oh yes, they’re special alright.

Kangaroo Island has a growing a reputation for clean and green food and wine production.

Try honey from the Ligurian Bees – believed to be the last remaining pure stock of this bee found anywhere in the world.

With an abundance of ocean comes a bounty of seafood. Try the Marron, the island’s iconic freshwater crayfish for something a little different, and you’ll also find local oysters, ocean crayfish and an impressive variety of fish. 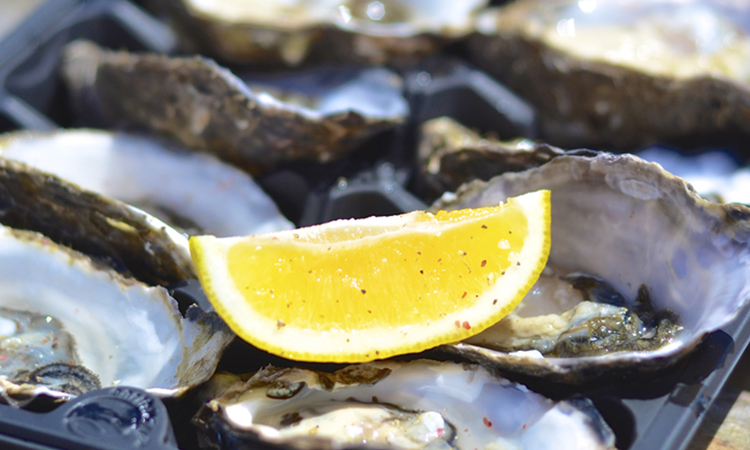 And to wash it all down, check out the excellent cellar doors at wineries across the island.

Be sure your camera is fully charged as once you’re done taking photos of the unique thesaurus inhabitants of the "Galapagos of Australia," you'll be wanting to capture some lasting memories of the wild scenery. From underground caves and awesome rock formations, it’s all here. You’ll include see Remarkable Rocks, where fun images of travellers interacting with the rocks seem to be the go. Admiral's Arch boasts what appear to be stalactites that are in fact fossilised rock formations, framing the ocean beyond and offering a playground for the charming New Zealand Fur Seals to show off their incredible dexterity in the lapping waves.  Then there’s the long winding roads wreathed by dense native forest, and isolated beaches with caves filled with fairy penguins resting their eyes from the harsh light of day. 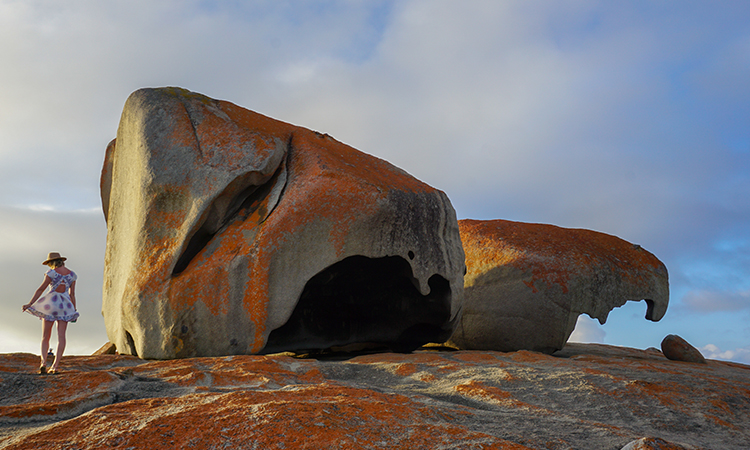 Keep the oxygen pumping through your veins with some wild experiences. Try your hand at sand boarding on the mirage-like Little Sahara Desert sand dunes, swim with the local dolphins on a boat tour, have a go at surfing the wild ocean waves, and don’t miss walking amongst the seals at Seal Bay - one of the most special experiences in the world.  And there’s also kayaking, swimming, mountain-biking and bushwalking.

So if you like a bit of wild in your life, Kangaroo Island should be at the top of your list.  There is no bad time to visit the island as the colder months see beautiful green landscapes and an abundance of wildlife happy not to require respite from the sun, and the summer months offer the warmth required to dip happily into the Southern Ocean’s bracing waters. 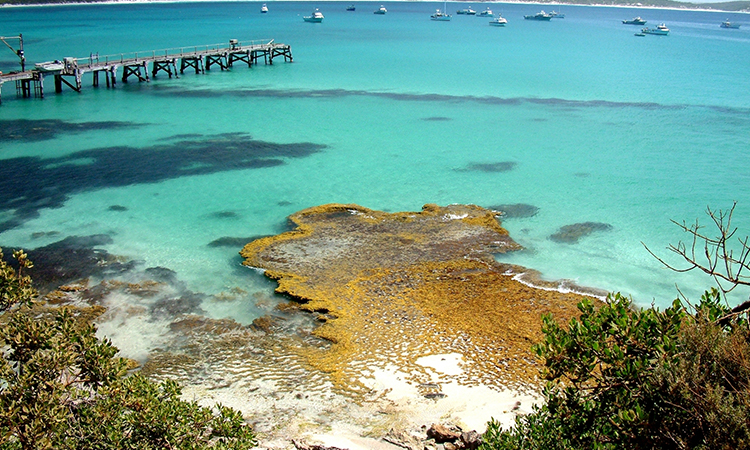