It's a sunny Saturday morning and I'm strolling, in vest, shorts and Havaianas, beside Guanabara Bay, the great natural harbour of Rio de Janeiro. I'm not sure where to look: at the glitzy yachts drifting across the water, the hill-top statue of Christ the Redeemer or the moveable feast of tanned cariocas (Rio residents).

While some places fail to live up to the hype, Rio – AKA the Marvellous City – rarely disappoints. It has its issues - crime, traffic and poverty among them, yet for me, no other city in South America can match its breathtaking blend of natural beauty and vibrant culture. The climate isn't bad either. It's 24°C today. And we're in the middle of winter.

Flamengo and Botafogo, the once-elite waterfront suburbs that I'm ambling through now, aren't your typical tourist hang-outs. This this is the joy of revisiting or extending your stay in Rio. You get to savour spots that you missed when you were busy ticking off all the must-sees and dos. Not that you should skip the obvious. The views from Christ and Sugarloaf, especially at sunset, are unforgettable.

Ranging from teens to those in their 70’s, the cariocas are rollerblading, skateboarding, jogging and cycling past muscle-bound figures shifting weights at possibly the most scenic outdoor gym in the world. Further along, families and couples, several post-exercise, sip coconuts in the shade, the mighty granite hulk of Sugarloaf looming opposite.

Flamengo and Botafogo, the once-elite waterfront suburbs that I'm ambling through now, aren't your typical tourist hang-outs. This this is the joy of revisiting or extending your stay in Rio. You get to savour spots that you missed when you were busy ticking off all the must-sees and dos. Not that you should skip the obvious. The views from Christ and Sugarloaf, especially at sunset, are unforgettable. 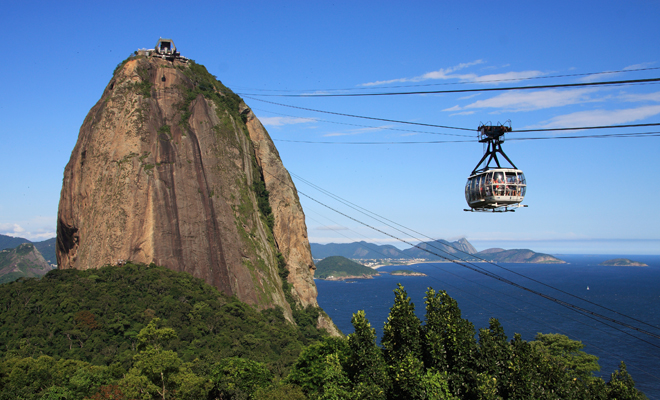 Rio's most vaunted beach, however, is Ipanama. Immortalised in the bossa nova tune, The Girl from Ipanema, it's chockablock at weekends, offering oodles of people-watching potential - best done, behind sunnies, while sipping a cold beer or fruit juice from one of the beach-side kiosks, and it's hard to beat the thrill of stepping on Copacabana's soft white sands for the first time as people watch the beach volleyballers, footballers, scantily clad women in tiny bikinis and the surfers tackling the Atlantic waves. 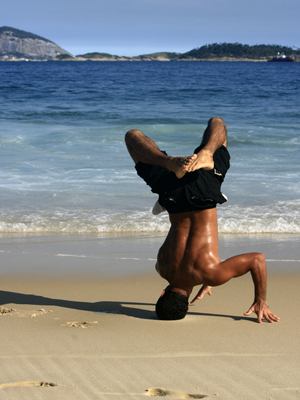 Ipanema's backstreets are packed with fashion and souvenir stores, watering holes and restaurants, and fancy nightclubs catering for Rio's moneyed and glamorous, with a few venues charging $40 cover charges. Yet arguably the city's best night out – barring the legendary Carnival – is free. Every Friday, beneath the Arches of Lapa, a street party draws tens of thousands of revelers, both cariocas and tourists. Bars and clubs pump out mesmerising samba beats and street-side vendors sell a range of alcoholic tipples. One chirpy guy rustled me up a couple of mind-bendingly strong caipirinhas, the national cocktail, a crushed blend of lime, ice, sugar and cachaca (distilled sugar cane juice). I was soon well away and receiving impromptu samba lessons from a grinning 40-something Brazilian temptress.

Rio isn't all hedonism. Lurking above Lapa, Santa Teresa is a tranquil hilltop tangle of twisting cobbled streets, elegant old mansions and bohemian cafes, while Centro, Rio's bustling, skyscraper-filled heart, contains fine museums, cultural spaces and picturesque traces of Portuguese colonial rule. Of all the tours available in Rio, the most insightful are those that delve into the favelas - the shanty towns depicted in the 2002 movie City of God.

Rich or poor, cariocas are united by Brazil's unofficial religion – football. Rio has produced some of the beautiful game's greatest players and you'll see fleet-footed talents juggling balls all over the city. I was lucky enough to catch a live game at the Maracana, Rio's footballing mecca. The atmosphere was electric. Currently closed for renovations, the iconic stadium will re-open in time for the 2014 World Cup – one of two massive sporting events that Rio is gearing up for. The other is the 2016 Olympic Games.

Get to the Marvellous City now - before crowds, and prices, swell. 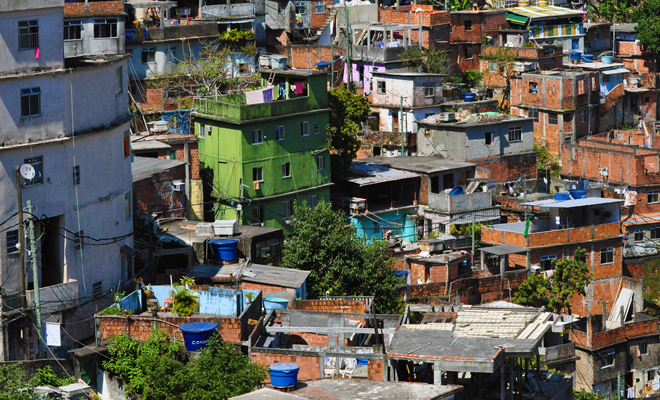