Vancouver is your entry into western Canada: an attractive, laid back city with a pretty harbour and stunning mountain backdrop writes Janet McGarry.

Chances are you’ve seen more of Vancouver than you realise. Its lovely skyline of harbour, city and mountain backdrop has been well photographed over the years, but the city has also featured in many movies and TV shows as well. Somehow that only seems appropriate for one of the most attractive cities in North America.

Vancouver is a city on steroids…or so it must seem to locals who have witnessed a true renaissance in the city skyline in the last 25 years. The city’s harbour foreshore features row after row of high-rise condo buildings tastefully set amongst landscaping that includes public access, parks, walk and cycleways. 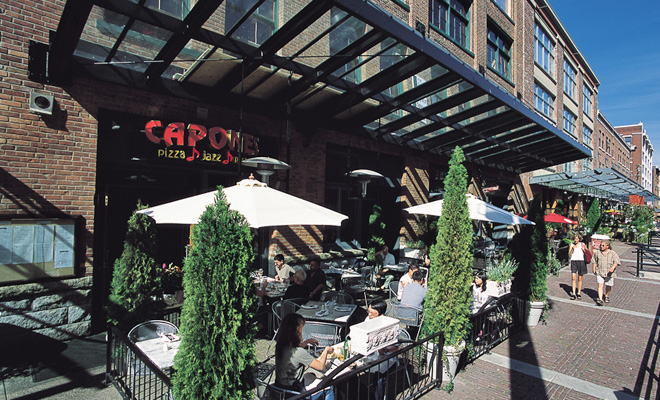 Now the wharf area (known as Yaletown) has been similarly revamped, leaving only parts of the city centre to get a makeover. Get a feel for your surrounds by hopping on the cute little Aquabus – a small ferry service that chugs around the harbour and is worth an hour of your time. Jump off at Granville Island and indulge in the morning market – great organic fruit and veg, excellent coffee and a fresh crepe for breakfast to remind of Canada’s French heritage.

Vancouver is an interesting city. The largest working port in North America, the daily life of the harbour is hardcore industrial. But this is balanced by the super modern skyline, and the beautiful tip of the peninsula which is preserved as Stanley Park. That has led to an attractive mix of city and mountains, green parklands and harbour beaches, trendy cafés and restaurants and stately upmarket suburbs.

Downtown Vancouver is a city of contrasts. Hipsters love this city. There is a strong economy, laced with a green environmental consciousness. You may only be less than two hours drive from the US border, but this is Canada; they speak slower and more thoughtfully up here, and quietly distance themselves from their brasher southern neighbours. They are Canadian, with the mix of French and English, First Nation culture and modern day ambitions. In Vancouver that’s led to a lively city nightlife and restaurant scene. But this is in contrast to the city’s underbelly which includes a pretty heavy drug scene and many homeless sleeping on the streets. Welcome to the modern world.

It’s hard to think of anyone getting lost in a city park and needing a search party to find them but that does happen in Stanley Park with its dense forest of native firs, laced by walking paths. Sitting just north of the CBD, this is a vast park that deserves at least half a day of exploration. Glorious soaring conifers remind you that you are in Canada now, whilst the locals make it clear that this is their playground – walking, jogging and rollerblading past gawking tourists on the seawall path around the park. At some stage, you’ll get to the Totem Pole section - one of those classic shots for the collection.

FIVE THINGS TO DO IN VANCOUVER

Visit Vancouver in summer and you’ll find a city worshipping the sun. If you saw as little sunshine as they do, then you would too. From joggers to cyclists, mums with prams to nudist city beaches, summer life revolves around the harbour. In winter the city takes on an icy appearance. The backdrop of the North Shore Mountains behind the city becomes a winter playground. Only 15 minutes drive you hit ski fields on Grouse Mountain, with a range of beginner ski slopes and a restaurant with an awesome city view.

But the hardcore enthusiasts head a hundred kilometres north to Whistler – the venue for the 2010 Winter Olympics. It’s an easy drive along the Sea to SkyHighway (what a great name for a road) which winds around the coast line before heading up one of the many vast inlets from the sea to Squamish. The road then goes inland and up into the range and you begin to get a taste for the vast size and impact of Canada’s mountains. These are mountains as they are meant to be – craggy and rugged with ranges broken by mountain valleys, lakes and rivers. And situated in the middle of a stunning valley, you’ll find Whistler – a purpose-built alpine ski village.

Great for a day trip in summer or winter, and even better for a short break, Whistler is an adrenalin junkies playground. In winter there are all the obvious options like skiing and snowboarding, and a few distinctly Canadian activities like dog mushing (think huskies and sled and you’re on the right track).

This is a year round destination and you name it, you can do it in Whistler in summer. There’s plenty of bushwalking and mountain biking options in Garibaldi Provincial Park or try something new like being strapped into a harness that forms a seat then clipped onto a long medal cable stretched across a valley. Canadian’s call it “skylining”. You hold onto a bar and launch yourself. It’s a flying fox made large, with mouth-dropping views of Blackcomb and Whistler Mountains. 60 seconds of stupendous 360 degree views. 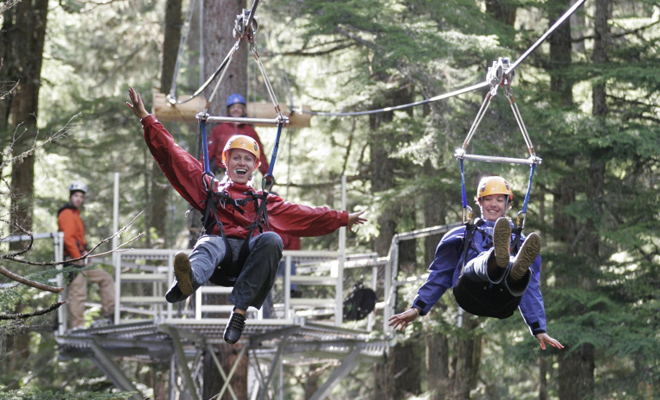 Whistler village is beautiful to look at and designed to relieve you of lots of money. This is a place where you can spend a serious amount, or watch others do it. You can just hit the foodstore, people-watch for a while and then head home with your goodies to HI-Whistler. The hostel is on the shores of Alta Lake with a panoramic view of the main slopes and Mt Whistler. On a hot summer’s day and it was 38 degrees when I was there, the lake is just the place to be – sit on the end of the jetty and dangle your toes or take the plunge. And in winter, the slow combustion fire and long dining table in the cosy lounge promises you the sort of hostel evenings that smaller hostels are still best for.

Back in Vancouver on a Friday night, I saw another side of the city. This place knows how to party. After work people spill out to the cafes and bars just away from the main business areas. They progress to the streetside restaurants, ending up at the clubs on Granville Street till the wee small hours.

I was on the move, and it was time to shake off the city dust and get into island hopping. I was heading west to Vancouver Island, but that is a story for another time... 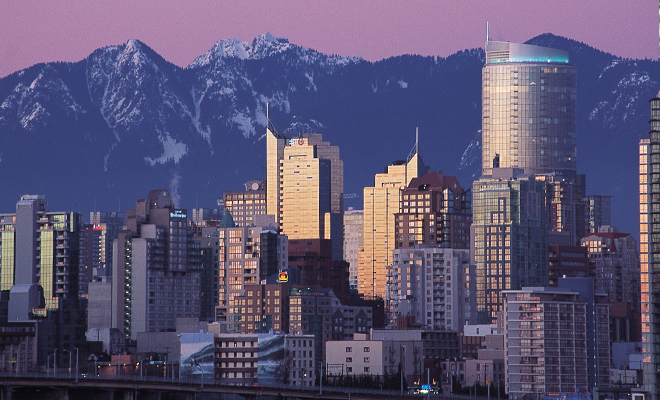