The 10 things you learn from travel

You can sum up YHA’s mission – “To provide opportunity for all, but especially young people for education by personal development, fostering friendship and bringing about a better understanding of others and the world around them” – in three simple words: education through travel. And these are the life lessons you’ll learn in the classroom that is Planet Earth.

When you walk into a multi-share hostel room, you bunk with people you never would’ve bumped into if you weren’t travelling, and learn to live alongside them. Hostels give you the chance to eavesdrop on languages you can’t understand, to share a meal using ingredients you’ve never tasted from countries with names you can’t pronounce, and to be part of a totally random group of people who share only one thing in common: a thirst to see the world.

Travel forces you to go without because, no matter how hard you try to squeeze that sixth pair of shoes into your backpack, you have no choice but to leave most of your worldly possessions at home. And sure enough, you survive just fine without those things you think you need – that new pair of jeans, the newest version of FIFA, your limited-edition DVD box set of all seven seasons of Mad Men – and learn that passport stamps (and, let’s be honest, Instagram likes on your #travelgram pics) is what you should be obsessed with collecting, instead.

How to make new friends

An appreciation of different cultures

It’s not just different people you learn to tolerate – it’s different ways of life, too. Any prejudice is unlikely to survive a backpacking trip which exposes you to what foreign cultures are actually like, rather than the flimsy stereotypes constructed by screeching headlines and dog-whistling politicians. Anyone who’s seen more of the globe than just the tiny little corner they were born in knows that the world isn’t as scary as Pauline Hanson would like you to believe.

The value of leaving your comfort zone

Familiar surroundings – your friends, your family, your favourite café, your comfiest pair of trackie pants – are comfortable… but there’s an indescribable sense of excitement that comes with leaving them all behind. Go bungee jumping, try white-water rafting, order that dish on the menu that you’ve never heard of before (and that you’re not quite sure about) – it’ll open your mind to new experiences when you get back home, too. 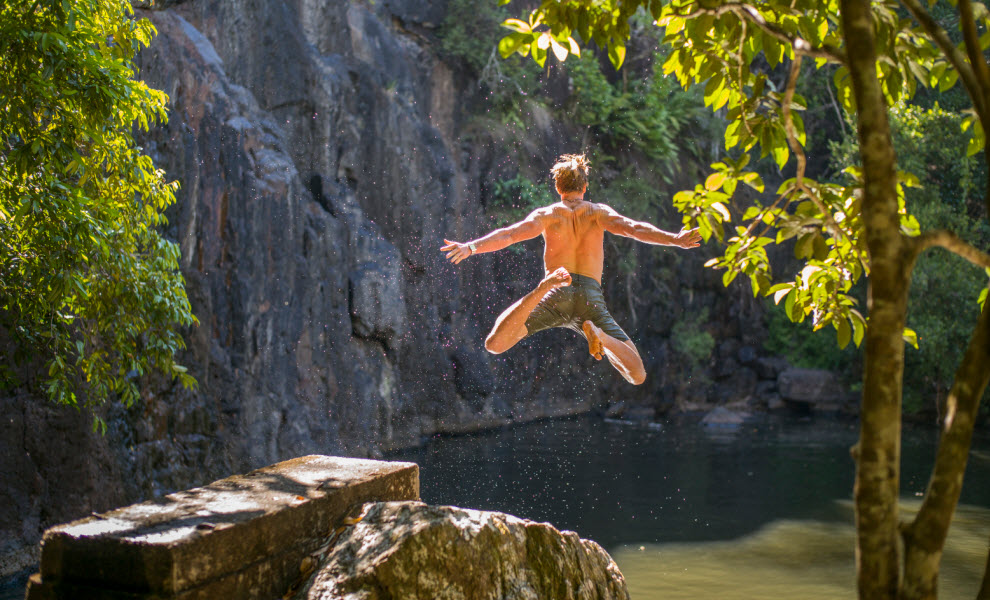 Delayed flight? A bit of doof doof music blaring out of a nightclub at 4am when you’re trying to sleep? Misreading the bus timetable and having to wait 14 hours in a terminal subsisting on a diet of Doritos and Mars Bars out of an overpriced vending machine? Who cares – you’re on holiday! Travelling makes a mockery of even the best-laid plans so it forces you to go with the flow and become comfortable with the unplanned – remember, there’s no such thing as getting lost, only an opportunity to wander through terrain the guidebook doesn’t cover.

Especially if you’re travelling solo, being able to figure things out, get over your mistakes, make new friends and blaze your own trail proves that you’re capable of standing on your own two feet, forging a sense of independence and self-reliance that you don’t learn when you’re propped up by the little comforts of home. There will be times you’re forced to ask for help, though…

If acidic threads of Facebook comments have eroded your faith in humanity, travel will restore it. Backpacking exposes you to the kindness of strangers – whether that’s something as small as asking for directions in your bumbling high-school level French, or something as big as being invited for a meal – and although you should always keep your wits about you, travel shows that people everywhere are innately generous and compassionate.

How little you know

Sure, you’re pretty clever – you might have graduated high school or uni with great grades, won that big promotion at work, or hardest of all, mastered the art of folding a fitted sheet. But you don’t know what you don’t know, and travel exposes those vast tracts of information you’re yet to learn. Whether that’s the perfect Bolognese recipe or the complete footballing history of Boca Juniors or the nuances of the Estonian tech industry, there’s endless lessons to be taught in the hostel class room… sorry, common room.

You won’t necessarily learn this one at the bottom of your third bladder of goon for the evening after a deep and meaningful conversation with newfound friends from Ecuador and Romania, but you will by diving out of your comfort zone, feasting on a buffet of new experiences, and tackling the challenges the road throws up.

Go on – isn’t it about time you booked your plane ticket?