Clear Your Calendars, Book Your Tickets And Get Ready For The Northern Hemisphere’s Best Festivals. By Shaney Hudson

Festivals are an exercise in organised chaos, frivolity and freedom. Sometimes they’re a pilgrimage - a light on the horizon we dream of, other times they’re an unexpected surprise when we arrive in town. Regardless of how big or small, how well known or obscure, at their core festivals are about celebrating with a community.

So get ready to mark your calendars, book your tickets and pinpoint the nearest YHA, as you pack your bags for some of the Northern Hemisphere’s best festivals.

There are few places in the world where you can see a genuine chuck wagon race, but the Calgary Stampede is one of them. Held over ten days, Canada’s legendary stampede is the world’s largest rodeo. The whole city gets in on the act, with parades, floats, celebrities and big-name concerts. The highlight here is the classic caravan breakfast - hot pancakes - served up free around the city each morning. Pack your cowboy hat for western fun.

At the onset of winter, over 200,000 nomads descend on the small lakeside community of Pushkar for the annual Camel Fair, bringing an incredible 50,000 camels and livestock with them to trade. The desert explodes with colour as the town celebrates with a series of wacky competitions including camel racing, longest moustache, and that old family favourite; tug-of-war, made all the more endearing by the fact it’s contested by women in bright saris. With dancing, music, markets, elaborate feasts and fireworks, this is one of those unique festivals that has to be seen to be believed. 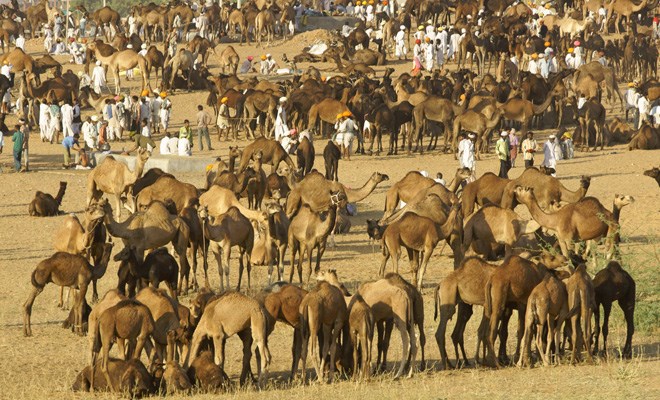 Held over five days, this festival of light and fire has been held in the historic city of Valencia since the 1400s. Huge satirical puppets and floral displays several stories high are built by competing neighbourhoods, which are then displayed in the city for five days of fiesta. On the last night, all of the displays (which are packed with firecrackers) are burnt to the ground. Only one is spared - to be housed in the city’s Las Fallas museum. Fireworks explode and the city parties throughout the night.

The path to this festival may be well beaten, but who can resist the smell of stale beer in the morning? An oldie but a goodie, Oktoberfest is the kind of thing you have to do once in your life. Held over 16 days, punters down over 16 million litres of beer in the 16 tents set up in the fields round Munich. At heart, the festival is about the simple things - sitting down with mates and sinking a stein, making new friends and getting a little tipsy. 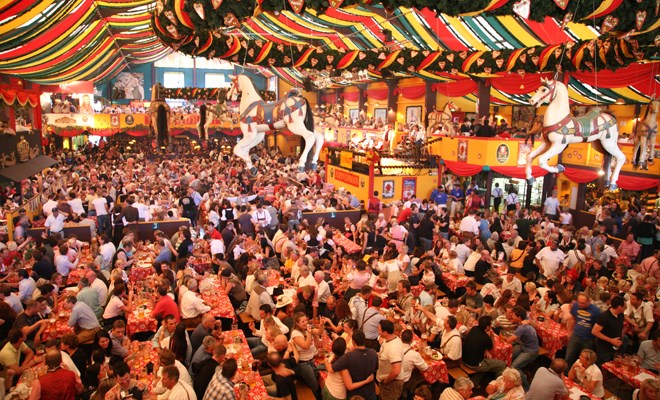 Running of the Nudes

Set up as a protest by PETA in 2002, the Running of the Nudes is a naked protest that takes place two days before the Running of the Bulls. The event has become a tourist attraction in its own right. Up to a 1,000 activists strip down to their birthday suit, don bull horns and march along the route the bulls run, accompanied by music and banners.

Get into green and dust off your shamrocks to celebrate the feast of St Patrick in Ireland. Dublin is the epicentre of the worldwide St Pats celebrations and the week-long festival takes over the city as the country celebrates. The highlight is the St Patrick’s Day parade through the city, although some will argue the best way to enjoy the day is to settle into a corner pub somewhere with a pint of the black stuff and simply soak up the atmosphere.

Glastonbury: The world’s biggest (and some would claim the best) music festival. It runs over three days in June and tickets are already sold out for 2010; however you can register for the second issue of tickets at glastonburyfestivals.co.uk. With U2 the 2010 headlining act, this is the year to try and get tickets.

Reading Festival: Held over three days in August, Reading is well known for its rowdy crowd, who throw plastic cups and bottle bad acts off stage. 50 cent lasted twenty minutes during his set, and John Mayer clocking in a measly ten seconds before being bottled off. See readingfestival.com

Coachella: California’s best known festival is held in April in the desert at Coachella Valley. Star spot during the day (Hollywood starlet Scarlet Johansson jumped on stage for a duet last year), and be sure to check out the alternative art installations placed around the stages. See coachella.com

Roskilde: This is the festival you haven’t heard of, but the one that offers the strongest line up each year. The concert is run by a not-for-profit group with an aim of promoting music culture over making money. 100,000 people descend on this town in Denmark from the last Sunday in June and the concert begins on the Thursday, making it a week long music love-in. See roskilde-festival.dk/uk