It’s rumoured royal marines do it in six days - but is there a short cut? By alex vivas 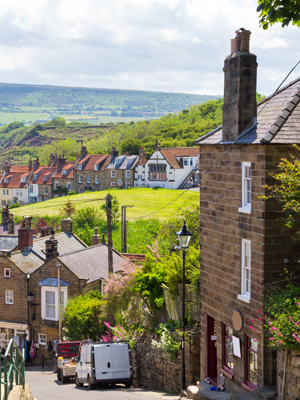 Alex Vivas discovers that from small footsteps big adventures take afoot as he clambers his way through the stunning Country Trail in the UK.

“Silly cow,” I exclaimed. I was shattered, defeated, close to tears. My lowest point had arrived and it was all the fault of a black-and-white bovine.

I’d clocked up around 26 kilometres that day and as I set up tent, my bewailing lower limbs let me know exactly how they felt. I was looking forward to dinner and bed more than words can express.

As water boiled, I hung my grotesquely sweaty and smelly socks on a fence to dry.

It was my ninth day on England’s Coast to Coast walk, the brainchild of the Lake District’s spiritual father, Alfred Wainwright. The 308 km (if you stick to the route) west-east island traverse starts at St Bees, in Cumbria, crossing the Lake District, the Yorkshire Dales and the North York Moors, before terminating at Robin Hood Bay.

Wainwright’s original route is neatly divided into twelve sometimes-signposted stages, culminating most days in a village or town with a hostel or campsite, and, on the better days, a classically cosy northern pub. It has been compared in beauty to the stunning Milford Track in New Zealand.

You can go for the cash-strapped, dusk-till-dawn marathon - it’s rumoured Royal Marines do it in six days - camping wild and eating pot noodles, or carry only a coat and credit card and stay in cosy YHA hostels along the way.

Or, like me, something in between. On my sore-footed 10-day march, I would regularly switchback between the wild and the welcoming YHAs. It was a little bit painful, but a big bit beautiful.

The country is more dramatic than I thought. The Lake District’s rightly-romanticised but demanding hills had been very much in at the steep end. There, I rambled high across the brooding hills, secret valleys and vast lakes, seeing the remains of Roman roads and wild deer disappearing into the morning mist.

The North York Moors were a close second best; August had painted the heather a sea of purple, seductively swishing in the breeze, like the silk sheets of a temptress’s bed. The walk was a vivid reminder of England’s history too, with stone circles jutting mysteriously out of the heather.

But what made the walk such a life-affirming experience for me, was the people. I shared beers with Oxford students who were giving up, because, they claimed, “run out of money.” A guy gave me a lift to a campsite after I’d finished, when I just couldn’t bear to take another step. I walked with a 25-year-old English guy for two days, who’d just separated from his girlfriend. He was a fine storyteller and it was satisfying to share the spectacular views with someone. At least until he started humming the theme tune from The Simpsons repeatedly.

Most memorably father and daughter who had watched my dramas kindly invited me to share cake, cream, strawberries and cups of tea with them. Those shared moments with fellow travelers are the times you never forget. 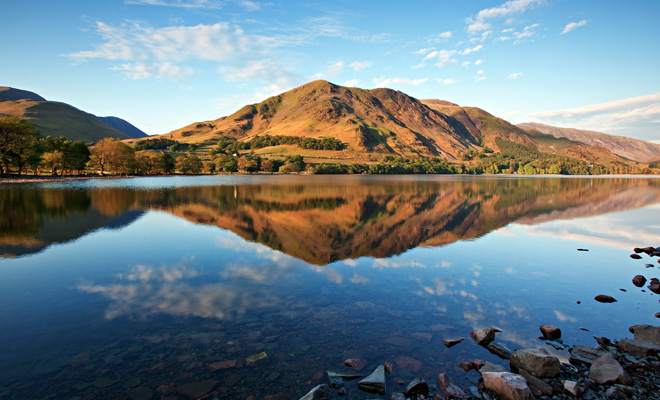