When you’re on the coast and gaze out upon a vast ocean, you sometimes forget that there is an equally boundless continent at your back. A flight to Alice Springs soon reminds you.

As I looked down from the plane to the ant-like landscape below I found myself playing a game. Spot the house, or the road, or even a sign of human life. I wasn’t having much luck. Which is why the Alice is such a pleasant surprise. Being right in the middle of all this nothingness you could be forgiven for thinking that there isn't a lot to do. In fact most people head straight off to the big rock down the road. No monoliths for me though. I was sticking with Alice.

“There is no museum or wildlife park in the world that could match it”. So says somebody who should know. Sir David Attenborough, he of BBC globe-trotting fame, had this to say about the Alice Springs Desert Park. Nestled at the foot of the towering MacDonnell Ranges, the park is only a short drive from the heart of town. Separated into three habitats – Desert Rivers, Sand Country and Woodland – the Desert Park is proof that the red centre is home to a rich variety of plants and animals.

My favourite display was the nocturnal house. Although the cute thorny devils are popular, most people come to see the most famous residents - the bilbys. Known as a major centre of research into this endangered animal, the park has a thriving population. Be prepared to be surprised. They’re actually really big. I was expecting something not much larger than a rabbit but they are more the size of a terrier dog with much larger ears and a very pointy nose. 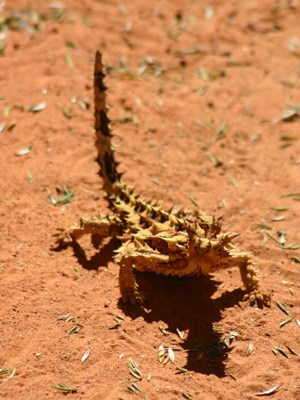 Many visitors to the Alice head out to the Western MacDonnell Ranges, a beautiful area of deep gorges and glorious swimming holes. I wanted a bit of peace and quiet so decided to head in the opposite direction, to the little visited but arguably more spectacular Eastern MacDonnells.

Famed for its natural beauty, the Eastern Macs are also home to a site of great historical value. The mining settlement of Arltunga was central Australia's first town. Hard to imagine as you stand amongst the desolate ruins plonked amongst some of the most inhospitable country on earth. In the late 1880's hundreds of people struggled over 600km from the railhead at Oodnadatta to what they hoped would be their ticket to riches.

A severe lack of water, isolation and even basic necessities meant that only the toughest made it this far, let alone survived out here. And for those that did, few made their fortunes. A fascinating visitor centre with slideshow helps you imagine how difficult life must have been, but nothing brings it home like a walk through the simple brick buildings surrounded by miles and miles of nothing.

Seeing the Eastern Macs from the road as you drive along is impressive enough but as you walk deeper into the shady pathways through the towering mountains you truly realise how magnificent they are. The ancient rock paintings by the local Arrernte people, as well as waterholes dug by the resident wallabies once again remind you that man and nature have long lived together in this part of the world.

With four days to go I still hadn’t seen the Araluen Gallery (home to original paintings by Albert Namatjira) and the fascinating Strehlow Museum, the Western MacDonnell Ranges with spectacular Standley Chasm and Ormiston Gorge. Somebody said something about a big rock out here. Looks like I’m not going to have time to see it. Next time. 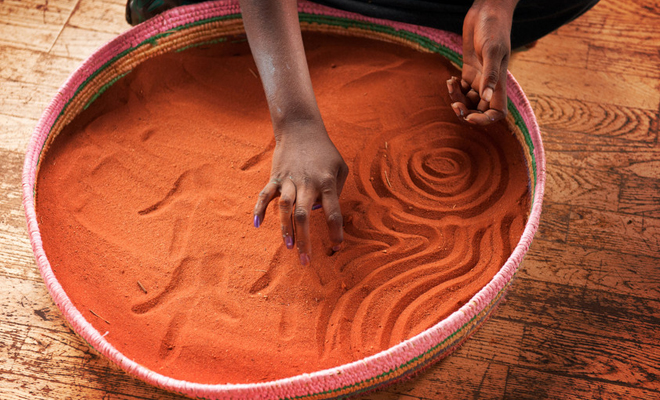 Alice Springs YHA
Alice Springs YHA traveller hostel is built within the grounds of an historic outdoor cinema. Make sure you book your accommodation with us, for nightly movies under the stars!
View Details