It’s that age old question, ‘is bigger better?’ As Australia’s biggest city, Sydney can have a hard time standing up against the other capital cities in the ‘bigger doesn’t mean better’ debate. I could tell you what I think, but I’m biased. Sydney might be the biggest but it’s also a city steeped in history, where you’ll find something different around every corner. It’s also breathtakingly beautiful. But beneath the fancy facade, the harbour city is a melting pot of culture, creativity, passion, grit, and an alternative spirit waiting to be explored. Is bigger better? You be the judge.

After wandering through the free exhibitions at the Art Gallery of New South Wales, make your way into the Royal Botanic Gardens and get lost down one of the many meandering paths. Find a patch of lush grass under one of the iconic Morton Bay fig trees for a perfect view of the Sydney Opera House and smell the salt spray coming off boats in the harbour.

Or maybe you like to relax with a meditative lap swim? Choose one of the harbour side pools - Andrew (Boy) Charlton Pool is easily accessed by foot from the Royal Botanic Gardens or if you’re north of the bridge, North Sydney Olympic Pool is not to be missed. From here, take the path from Milsons Point to Lavender Bay, past Luna Park, and discover Wendy’s Secret Garden. The creation of Wendy Whiteley, Wendy’s Secret Garden was created out of derelict and overgrown land as a loving tribute to her husband, Australian artist Brett Whiteley following his death in 1992. Here you will find a lush, whimsical garden with spectacular views of the Harbour Bridge.


Thanks to Australia’s immigration policies of the 1950s and 60s, you can find just about any cuisine in Sydney. But of all options, you can’t go past authentic Asian food, especially of the dumpling variety. At the fancier end of the spectrum is Din Tai Fung, which offers up perfectly crafted handmade dumplings in three different locations around the city – World Square, The Star and Westfield Sydney. Or for a classic cheap and cheerful option, Sea Bay Chinese Dumplings on Pitt Street is not to be missed. Somewhat of a Sydney institution, the pumpkin dumplings are something else.

But if it’s local produce that you’re after, head to Eveleigh Markets, on every Saturday at Carriageworks – a heritage listed rail yard site built in the 1880s which now serves as an artistic hub of Sydney – where you will find over 70 farmers and artisan food producers from across New South Wales selling fresh, seasonal produce. Go with an empty stomach, you’ll fill up on all the samples alone.

Where to sight see

For the ultimate sightseeing experience, it has to be Sydney Harbour BridgeClimb. Or if you’re on a budget, a ferry from Circular Quay to Milsons Point and a walk back across the bridge to The Rocks on the pedestrian foot path is as much of an experience.

For a different perspective of Sydney, take in the sites on one of the famous foreshore or coastal walks. The Hermitage Foreshore Walk from Rose Bay to Nielsen Park offers awesome views back to the Sydney Opera House and Harbour Bridge as well as out to the heads of the harbour, while the Bondi to Coogee coastal walk is the perfect way to take in Sydney’s amazing beaches. 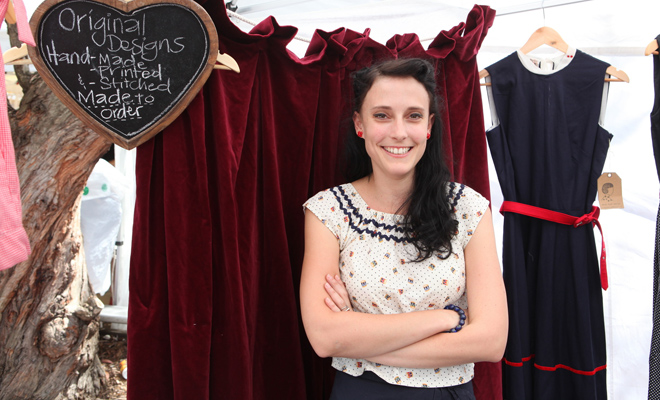 You can’t go past one of Sydney’s weekly markets in you’re after a bargain. Head to Glebe or Paddington markets on a Saturday, or Bondi markets on a Sunday to find stalls selling everything from books, jewellery, vintage clothing, art and records.

If a high street stroll is more your thing, King Street in Newtown or Crown Street in Surry Hills are both chock full of great bars, restaurants and independent shops perfect for finding that special something to take home and remind you of Sydney. Both options also offer great vintage shopping in the form of boutiques and a string of good quality charity shops.

Where not to miss

While it’s hard to miss on the Sydney Harbour foreshore, seeing the Sydney Opera House from the inside really is something not to miss. Take one of the guided tours, or better still, sit in the audience of one of the many performances that take place every day. Opera, ballet, theatre or live music, there really is something for everyone. To avoid disappointment, best to check what’s on when you’re in town by visiting the Sydney Opera House website.

Where to go out

When it comes to going out in Sydney, you’re spoilt for choice. Top picks for drinks with a view are The Glenmore Hotel, Opera Bar and The Bar at the End of the Wharf, all within walking distance of Sydney Harbour YHA.

When the sun goes down, find yourself sucked into Sydney’s burgeoning small bar scene, with new bars dotted throughout the city and surrounds down laneways, inside record shops or up spiralling staircases - Check out Baxter Inn, Mojo Records Bar and Bulletin Place. And when the time comes to kick up your heels, the dancing is always fun and goes til late at Good God Small Club, Frankie’s or Palms. 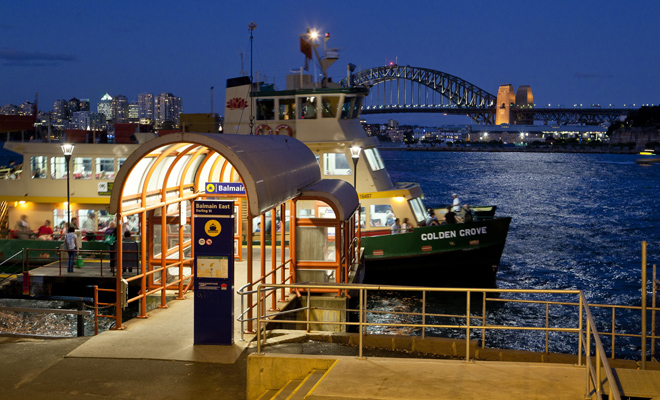