Sydney’s New Year’s Eve extravaganza is unreal, the world knows it. However, not everyone can, or is willing, to join the madness by the foreshore and be a part of the spectacle. But, is Sydney the only city in the Australia with spectacular NYE celebrations? Do you have to be in a major city at all? Of course not! If you're hunting for the perfect memorable, yet stress-free NYE, we’ve sorted you out with a list of our favourite out-of-the-box spots around our beloved country. It’s all of the fun with a lil' less hassle. 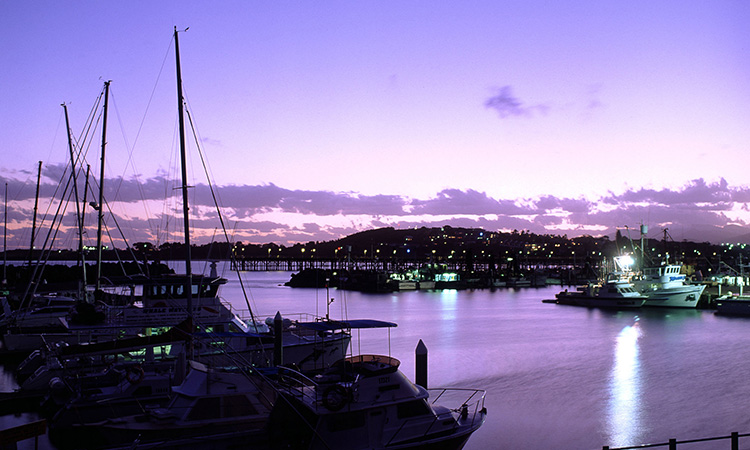 Sydney is not the only dazzling harbour that NSW is home to. Why not wrap up 2019 at Coffs Harbour this year? Halfway between Sydney and Brisbane, Coffs Harbour is one of the best kept secrets of NSW - and one of the most romantic beach destinations going around. On New Year’s Eve, the Jetty Foreshores are the place to be, with the famous Jetty Carnival kicking off at 6pm packed with fun for all ages. Stick around for the stunning 9:30pm fireworks display over the harbour. The rest of the night is up to you. Will you join one of the epic countdown parties at the bars? Or will you settle in with bae and watch the celebrations on TV?

Where to stay: Coffs Harbour YHA 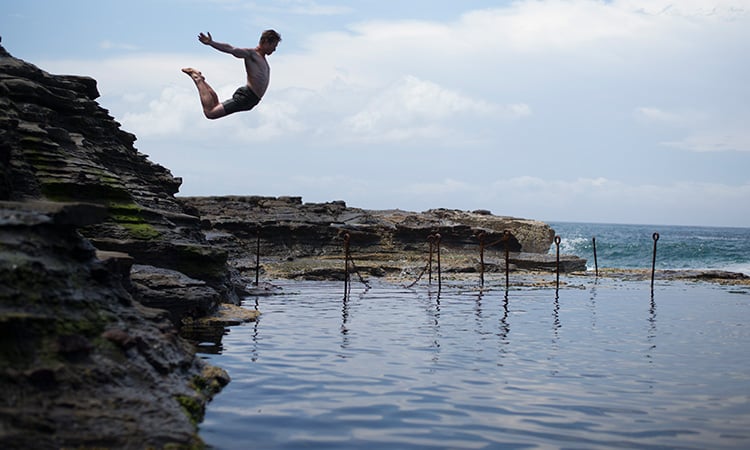 Somewhere between Sydney and Coffs Harbour, you’ll stumble across Newcastle, a coastal city which is fast becoming a force to be reckoned with in Australia. Get down to Newcastle Harbour with a picnic blanket and esky for a night to a remember. In the Queen’s Wharf precinct, you’ll find live music, a huge range of food and drink stalls and a colourful array of street performers. The fireworks will be shown nice at early at 9pm. Join one of the countless 'dos in the pubs or embrace your inner granny and get an early night – the choice is yours!

Where to stay: Newcastle Beach YHA 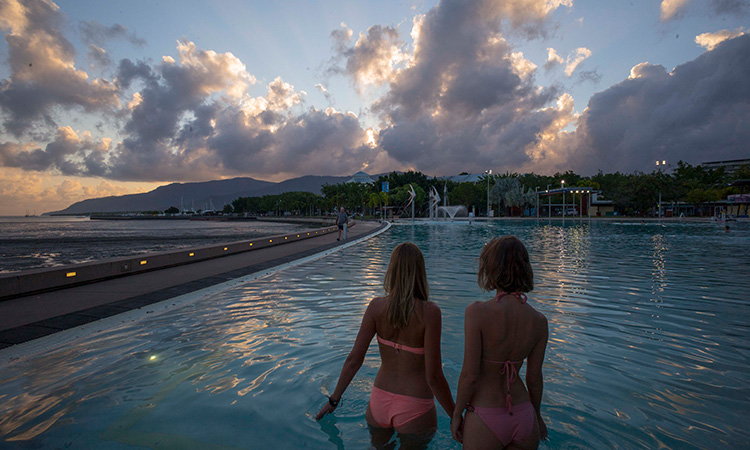 Kicking off the New Year at the gateway to the Great Barrier Reef? Yes please! This lively city was never gonna let Brisbane have all the fun. Hit Cairns Esplanade to join the party, with plenty of action happening all day. In addition to live music, stalls and rides as far as the eye can see, there will be 9pm and midnight fireworks displays that give Sydney a run for its money. The best part is you won’t be gasping for air in a massive crowd, with plenty of prime viewing space along the Esplanade. Afterwards, join the infamous nightlife or turn in at a decent hour. Perhaps you’d like to spend the first day of 2020 amongst tropical fish...

Where to stay: Cairns Central YHA 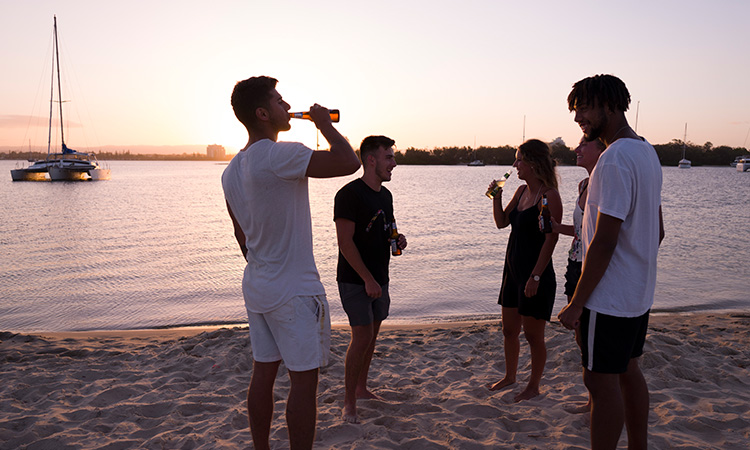 Once the schoolies clear out, Surfers Paradise starts prepping for their New Year’s celebrations, which are truly something special. The annual Surfers Paradise Carnival will be in full swing with daily fun from 3pm-9pm. Fireworks are scheduled for both 8pm and midnight which are best viewed at the iconic Surfers Paradise sign. Spend the evening wandering along the beach or perusing the nightlife on Cavill Ave and dance until you drop - there's a reason everyone goes to Surfers when they're looking for a great time. The next day, how about making (and ticking off) a New Year's resolution to learn to surf? Go on, it will only take two hours.

Where to stay: Coolangatta YHA 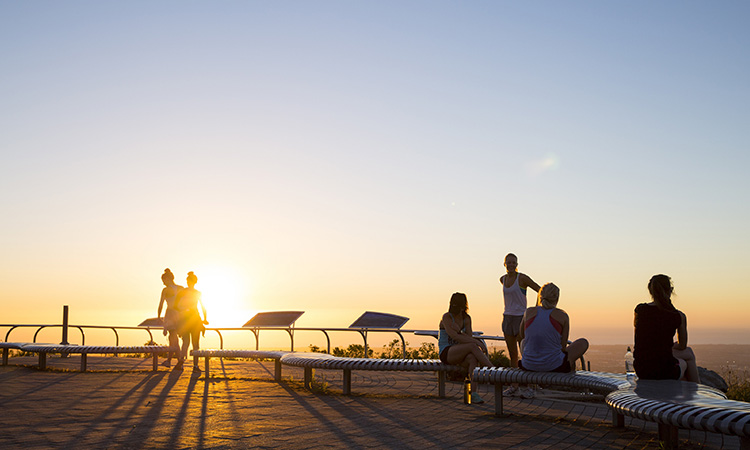 It really doesn’t get much better than this. Mt Lofty is about 15km east of the Adelaide City Centre and has panoramic views of the entire city. But don't worry - it's a bit of a hidden gem. Make the hike with some snacks and non-alcoholic bevs and see ALL the fireworks displays in Adelaide at once (legal or otherwise)! You never know what you’re going to see or who you'll meet when you're on top of the world. It’s an ultra-romantic (and Instagrammable) venue if you’re travelling with that special someone, or a great spot for a great time with great friends.

Where to stay: Mt Lofty YHA or Adelaide Central YHA 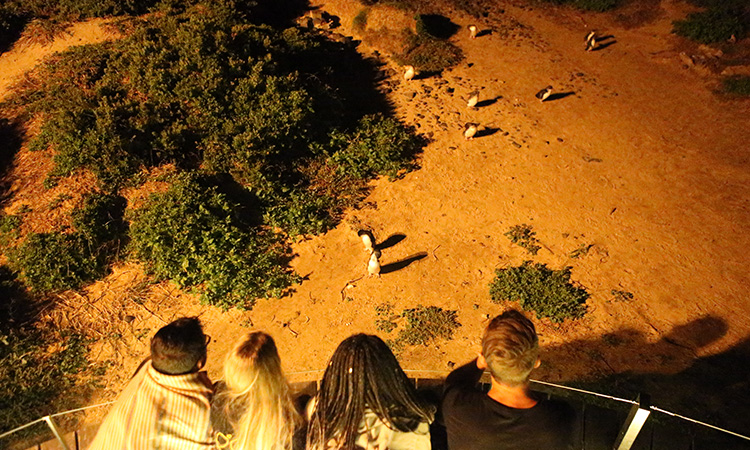 Penguins (and fur seals). Is there anything else you need to know? Start your NYE party in the daytime touring the picturesque island. Watch the famous little penguin parade as the sun sets for the last time in 2019. And yeah, they are as adorable in real life as they look in the pictures. Once that’s done, there is likely to be a carnival and fireworks on Cowes Jetty with endless family-friendly fun. Or if you want to party a little harder, make the 35-minute trip to South Gippsland for the NYE on The Hill festival. The lineup includes The Living End, Trophy Eyes, E^ST and more. Not too shabby!

Where to stay: Phillip Island YHA 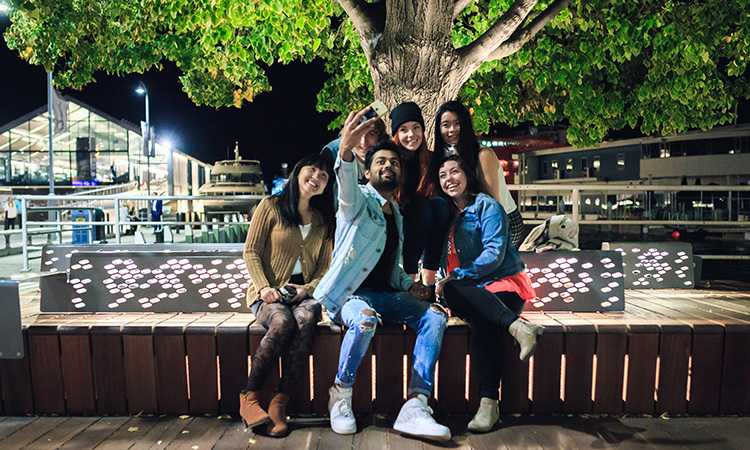 Okay, we know it’s a capital city, but we bet you never thought of Hobart as a killer venue to ring in 2020. Hobart NYEs are so jam-packed with action, it should be on everyone's bucket list. Crowds will flock to Sullivans Cove for two of Tassie’s biggest annual festivals, the Hobart Race Village and Taste of Tasmania. There will also be mega fireworks displays at 9.30pm and midnight. Oh, and don’t forget the massive Falls Festival held at a beautiful farm in Marion Bay less than an hour’s drive east of Hobart. This year's lineup is something else, with Halsey, Vampire Weekend, Disclosure and PNAU set to grace the Apple Isle.

Where to stay: Hobart Central YHA

From $26 per night
Coffs Harbour YHA
Mid way between Sydney and Brisbane, the purpose-built Coffs Harbour YHA hostel makes a great stopover for those travelling the east coast.
View Details
From $30 per night
Newcastle Beach YHA
Opposite Newcastle Beach, and right in the centre of town, this friendly YHA is perfect for travellers looking for affordable accommodation.
View Details
From $20 per night
Cairns Central YHA
With the Great Barrier Reef on your door step, this centrally located hostel is the perfect base to explore Tropical North Queensland, offering a tranquil outdoor pool area, communal kitchen, large common areas and air conditioned rooms.
View Details
From $28 per night
Coolangatta YHA - Kirra Beach, Gold Coast
Coolangatta YHA hostel is located just 500 meters from the Gold Coast Airport. You can check in & be on the beach within 30 minutes of landing.
View Details
From $135 per night
Mt Lofty YHA
Situated in a unique, peaceful location in the Cleland Conservation Park with stunning panoramic views through the trees over the city of Adelaide.
View Details
From $29 per night
Phillip Island YHA
Award-winning Phillip Island YHA is your gateway to one of Australia’s most famous islands. This hostel offers comfortable lounges, a gourmet-style kitchen area and a rooftop deck.
View Details
From $20.5 per night
Hobart Central YHA
Hobart YHA is the perfect base for all of Hobart's galleries and museums including MONA. Located only a block from the city's waterfront.
View Details