9 of Australia's most incredible UNESCO sites

From otherworldly natural areas to storied historical buildings, Australia’s 20 World Heritage Sites have been deemed worthy of preservation by UNESCO due to their universal value to humanity, now and for future generations. Ready to explore them? YHA has you covered with great places to stay near some of the nation’s most incredible UNESCO sites. 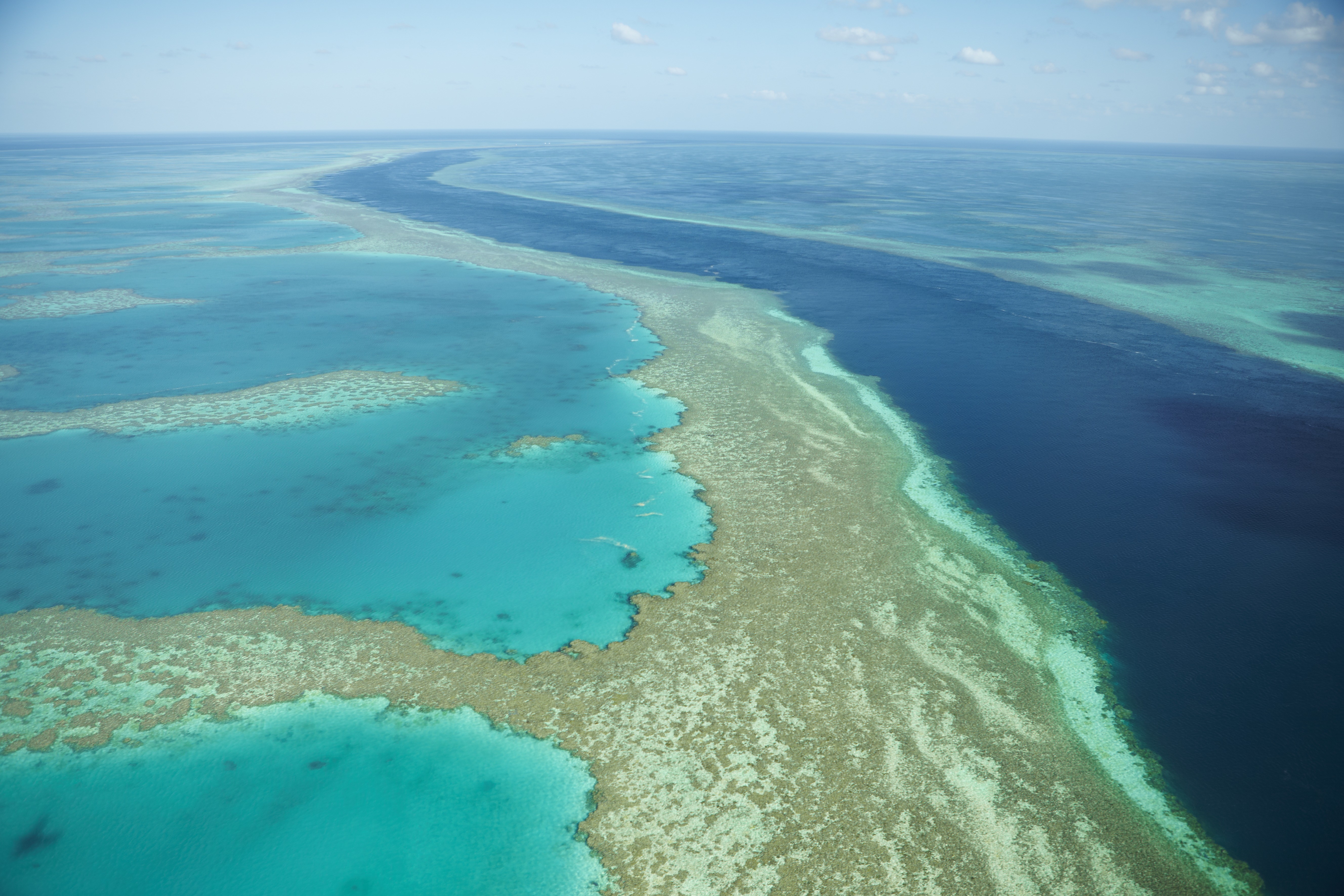 It may be under a bit more pressure these days, but the iconic Great Barrier Reef, home to 10% of the world’s coral reef systems, is still utterly spectacular. One of Australia’s first three UNESCO sites named in 1981, the reef was inscribed for its ecological significance, but like all of Australia’s natural World Heritage sites, this natural wonder also has a rich Indigenous heritage, forming part of the Sea Country of more than 70 Traditional Owner groups. You can dive in from a number of access points along its 2,300km length, but with the bulk of reef operators based in Cairns, you can take your pick from a wide range of memorable experiences here.

Where to stay: Cairns Central YHA 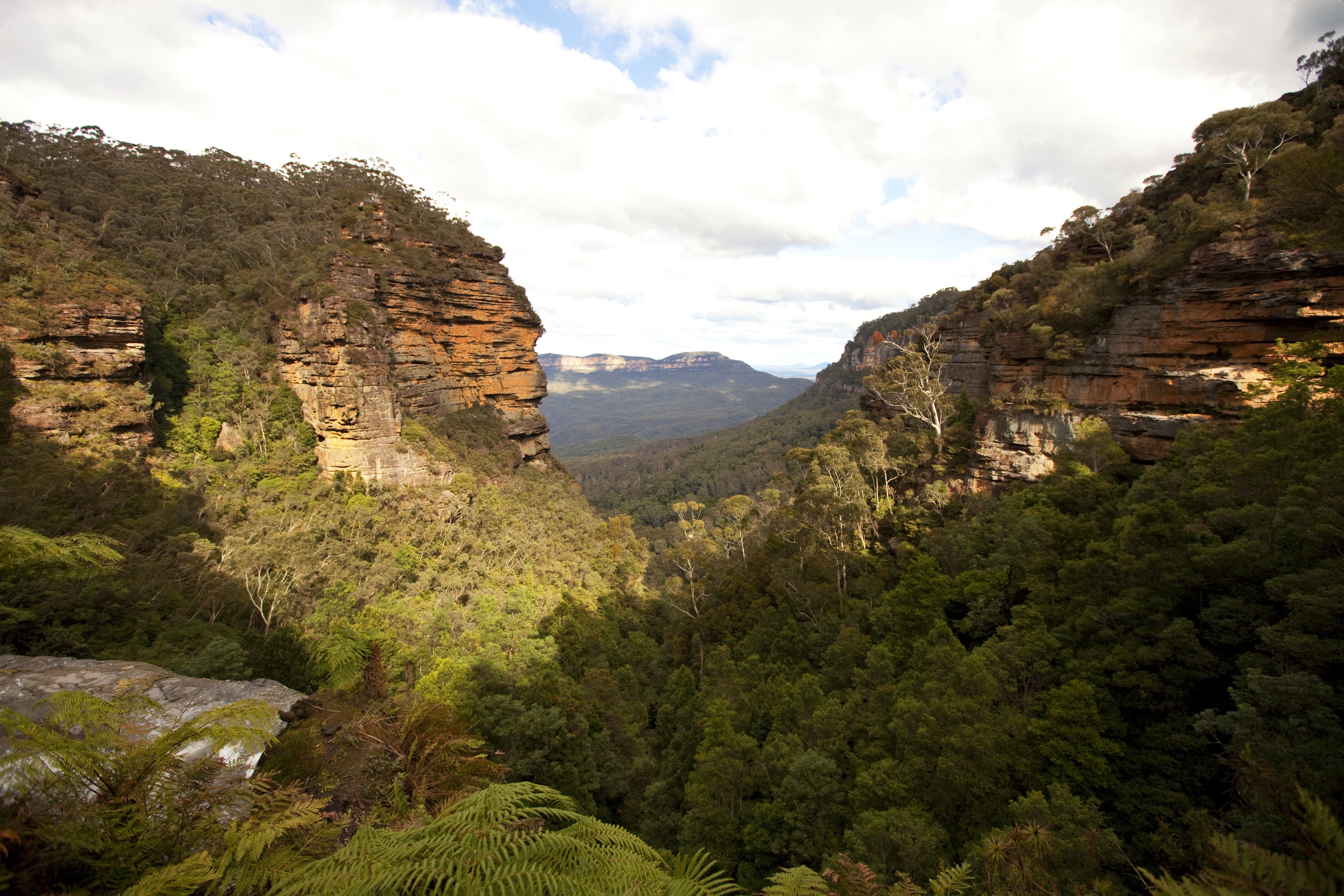 Breathe in the fresh mountain air in the Blue Mountains that rise up west of Sydney. This easily accessible UNESCO-listed wilderness area is dominated by temperate eucalypt forest that gave the region its name – when eucalyptus oil droplets combine with dust particles and water vapour, they scatter wavelengths of light with a bluish hue. A whopping 10% of Australia’s vascular flora (which includes ferns and flowing plants) as well as significant number of rare or threatened species are found amid the Blue Mountains’ soaring sandstone gorges. Appreciate the area’s incredible biodiversity on an invigorating walk on one of the area’s many hiking trails. 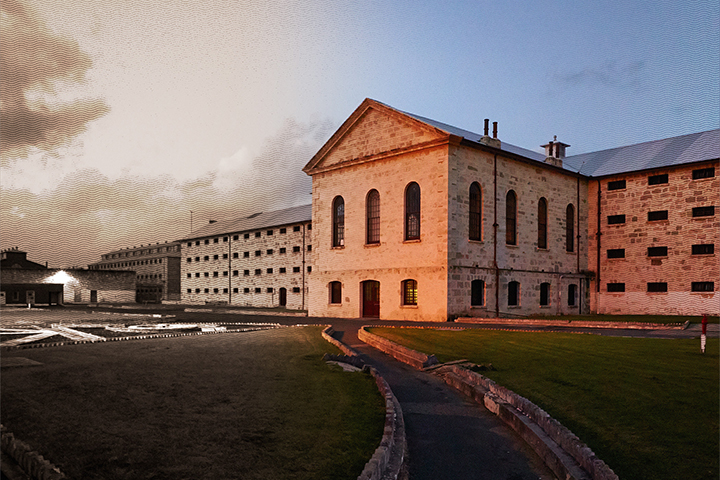 Built by convicts in the 18th and 19th centuries, eleven penal sites established across the country are now recognised by UNESCO as the best surviving examples of the colonial expansion of European powers through the presence and labour of convicts. From the remote settlement of Kingston on Norfolk Island to Tasmania’s eerie Port Arthur, they’re all fascinating places to visit. But there’s only one you can sleep in! Get a taste of convict life while staying in a former cell at Fremantle Prison, built between 1852 and 1859 using limestone quarried onsite. The building served as a prison until 1991 before becoming a tourist attraction – and a suitably spooky place to stay.

Where to stay: Fremantle Prison YHA 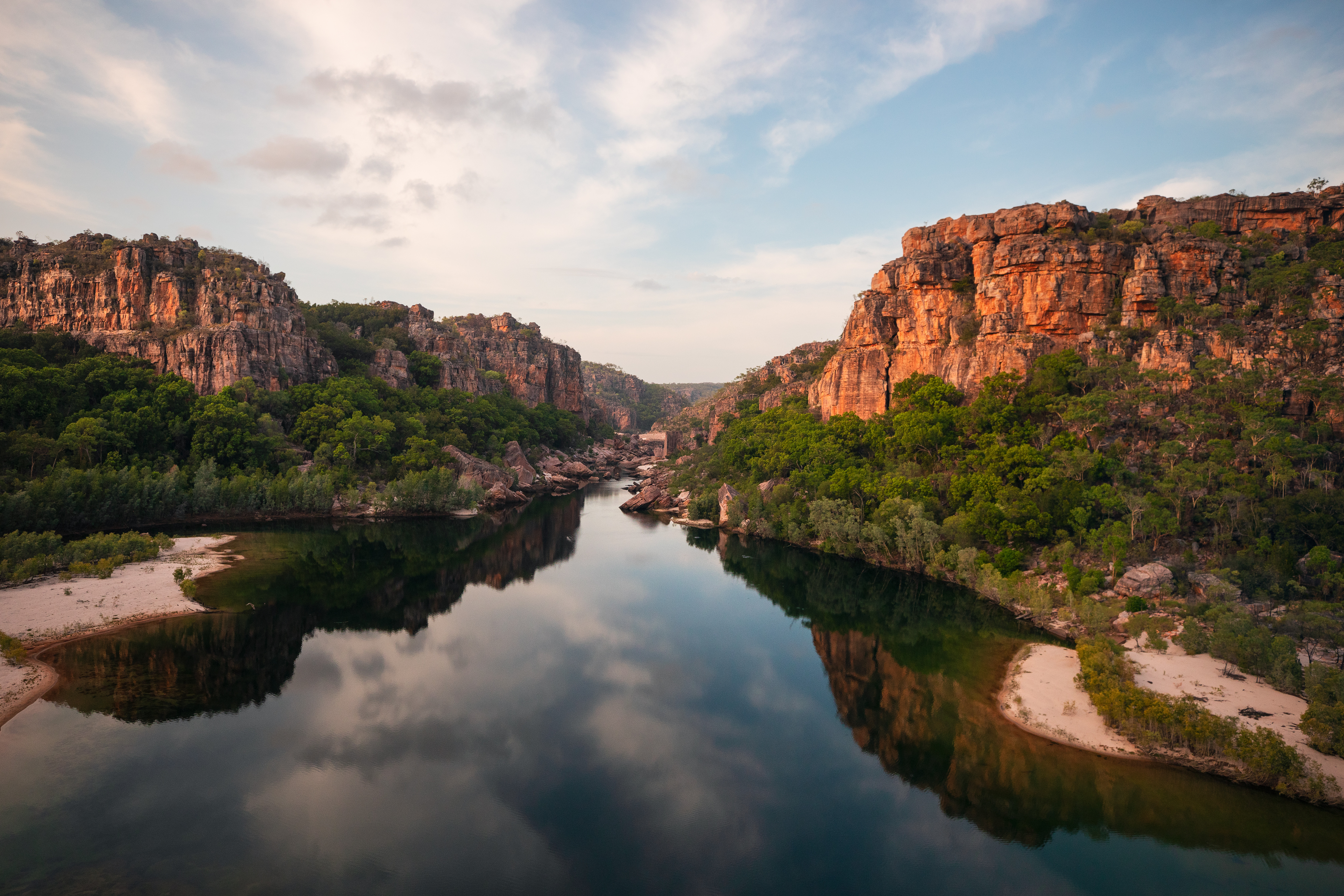 It’s less than three hours’ drive east of Darwin, but crossing into Kakadu feels like entering another world. It’s impossible not to be awed by this living cultural landscape, home to Aboriginal people for more than 65,000 years. Recognised for its natural and cultural significance when it became one of Australia’s first UNESCO sites alongside the Great Barrier Reef, the national park’s extensive rock art sites provide a window into human civilisation before the last ice age. Meanwhile, the natural landscape spans everything from vast tidal flats to teeming rivers, dramatic plateaus to lush (croc-free!) swimming holes hidden in the rugged wilderness.

Where to stay: MOM Darwin YHA The east coast might have the Great Barrier Reef, but Australia’s west coast has a World Heritage-listed aquatic wonder of its own in Ningaloo Reef, one of the longest near-shore reefs on the planet. The 6,045 sq km site in Western Australia’s remote northwest doesn’t only encompass the dazzling reef – one of the world’s best places to swim with whale sharks from March to August – but also an extensive karst system and network of underground caves and water courses on the coast which support a variety of rare species that contribute to the exceptional biodiversity of the UNESCO site.

Where to stay: Exmouth YHA 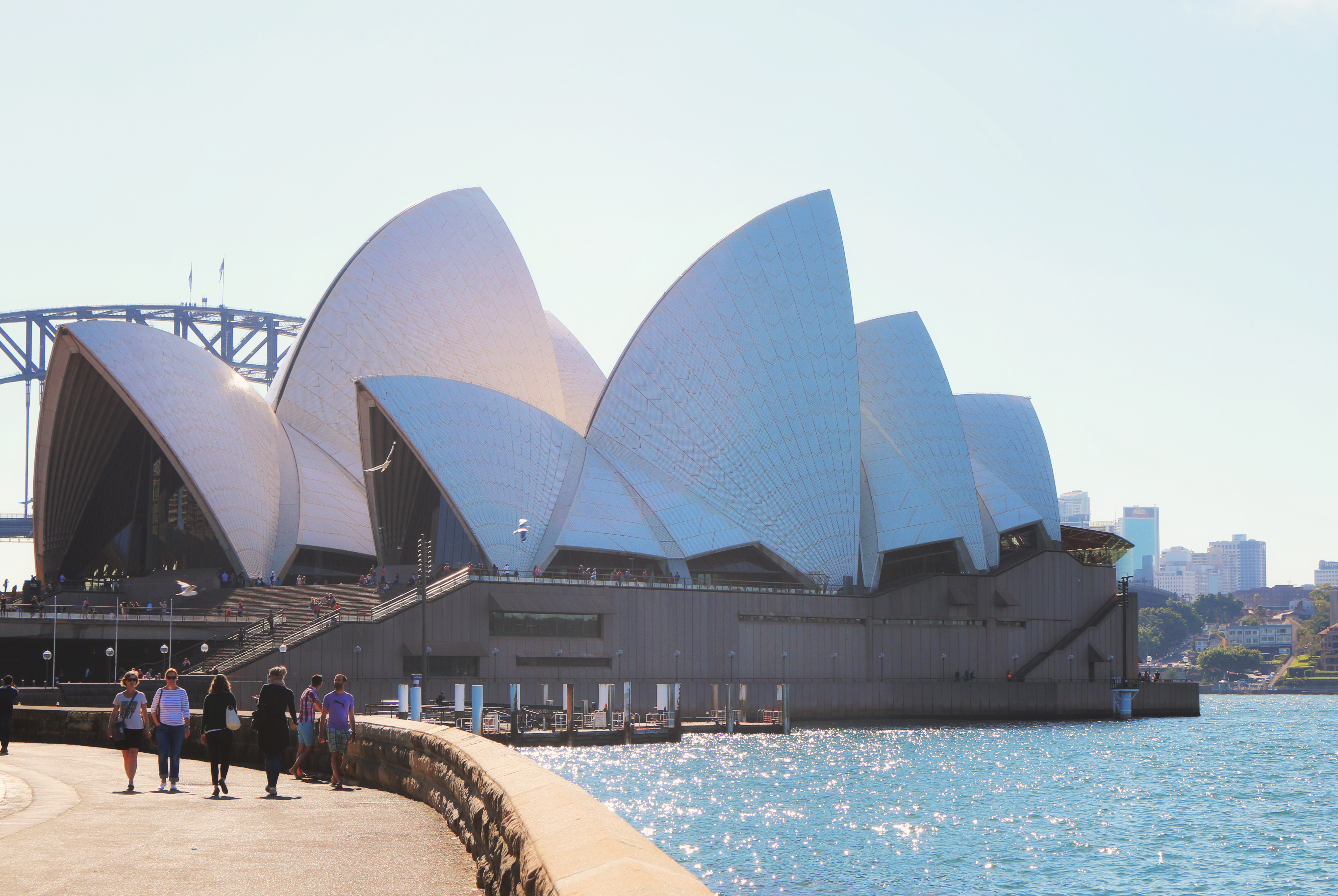 Its distinctive white ‘shells’ resemble the sails of yachts that dot Sydney Harbour, but – fun fact alert – it was actually the segments of an orange that inspired Danish architect Jørn Utzon’s design of the Sydney Opera House. Inscribed by UNESCO in 2007 as a masterpiece of 20th-century architecture, the striking building’s concert hall received a major facelift in 2022 designed to fix its oft-complained-about acoustics. Catch a show to find out if the latest renovation did the trick, or sign up for a tour to learn more about the building’s backstory.

Where to stay: Sydney Harbour YHA – The Rocks or Sydney Central YHA

Australia’s most iconic rock needs no introduction, but we’ll give you one anyway. Rising out of the Red Centre, Uluru is as visually striking as it is sacred to its Anangu Traditional Owners, who jointly manage the awe-inspiring national park it sits in. With climbing the monolith banned in 2019, experiencing the pinnacle of the park – recognised by UNESCO for its ecological and Indigenous significance – feels even more magical, particularly at sunset, when Uluru appears to change colour in the fading light. 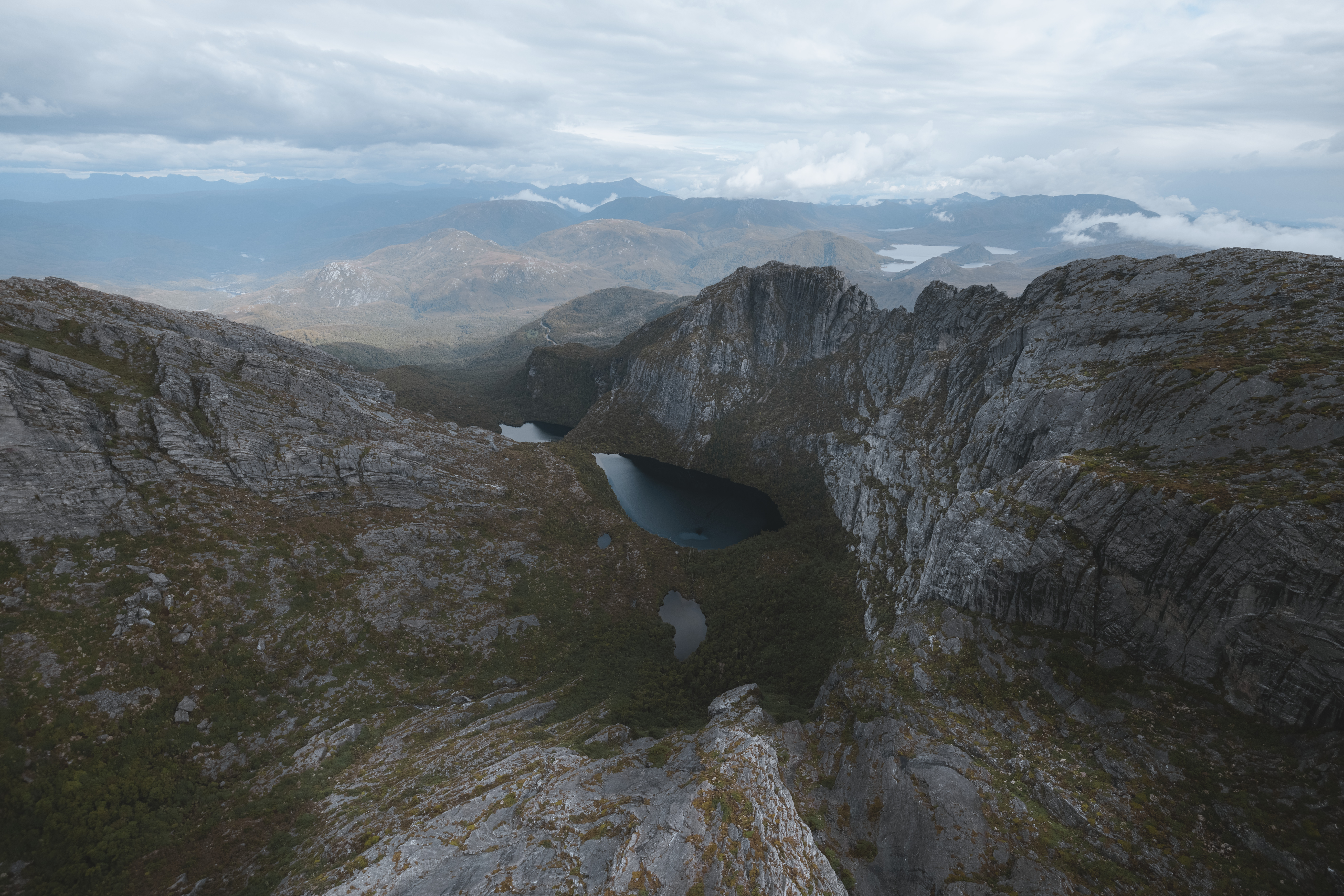 What does a true wilderness look like? Find out yourself in the Tasmanian Wilderness, a chain of six national parks and a number of reserves and conservation areas that cover nearly a fifth of the state’s landmass. Joining Australia’s roster of UNESCO sites in 1982, this soul-stirring landscape is recognised for conserving a diverse array of both natural and cultural features of significance, including one of the world’s last expanses of temperate rainforest and remote limestone caves attesting to the human occupation of the area for more than 20,000 years. For a snapshot of its magnificence, take an easy stroll on the 1.4km-return wheelchair-accessible trail to Russell Falls in Mount Field National Park, near Hobart. You’re welcome.

Where to stay: Hobart Central YHA. 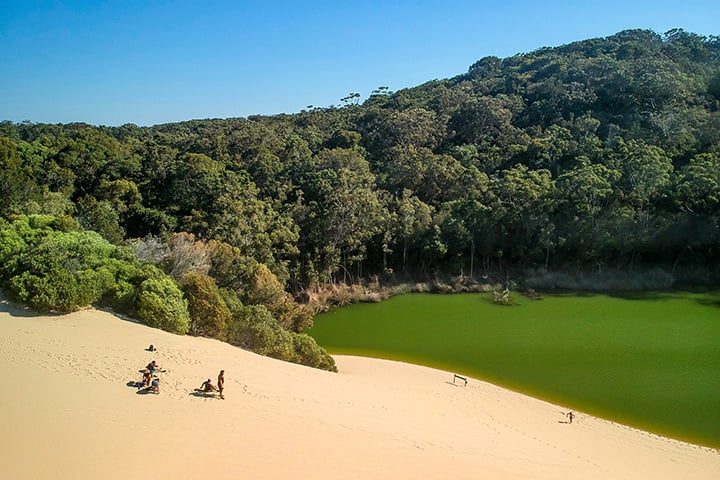 The world’s largest sand island, K’Gari offers the ultimate Aussie adventure. With no paved roads, the only way to explore the 122km-long island, just off the Queensland coast near Hervey Bay, is on a thrilling 4WD safari or on foot, with dozens of trails to explore. All tracks take in the very reasons why UNESCO deemed the island, on the traditional lands of the Butchulla people, a site of outstanding ecological significance in 1992. Think majestic remnants of tall rainforest growing on sand, and half of the world’s perched freshwater dune lakes, including the idyllic crystal-blue Lake McKenzie.

Where to stay: Hervey Bay YHA

Cairns Central YHA
With the Great Barrier Reef on your door step, this centrally located property is the perfect base to explore Tropical North Queensland, offering a tranquil outdoor pool area, communal kitchen, large common areas and air conditioned rooms.
View Details
Blue Mountains - Katoomba YHA
Only a 90 min train trip to Katoomba from Sydney. While you're here check out the Blue Mountains National Park, Scenic World and Jenolan Caves.
View Details
Fremantle Prison YHA
Fancy a historic and unique stay? Fremantle Prison YHA backpackers hostel has what you are after - if you’re feeling brave, sleep in an actual prison cell!
View Details
Broome YHA
Comfortable, stylish hostel in the centre of Broome with pool, garden bar and tropical surrounds.
View Details
Sydney Harbour YHA - The Rocks
The only hostel in Sydney that has views of Sydney Harbour, the Sydney Harbour Bridge and the Opera House. Sydney Harbour YHA is the best place to stay in Sydney for the New Years Eve fireworks!
View Details
Hobart Central YHA
Hobart YHA is the perfect base for all of Hobart's galleries and museums including MONA. Located only a block from the city's waterfront.
View Details