Hobart’s Illustrious Past And Creative Present Combine To Stimulate The Senses Of The Curious Visitor, Writes Rob Grant.

Built on over 200 years of history, and situated near Australia’s most southerly point, Hobart is a unique spot. It can surprise new arrivals, with a quirky mix of sights, sounds and sensations. Forget any illusions of a sleepy town on the edge of civilisation. Hobart is a stimulating showcase of Tasmania’s gourmet excellence and a melting pot of offbeat artists, craftspeople and entrepreneurs.

Hobart’s colonial story started in 1804 when settlers landed on the waterfront of Sullivan’s Cove. Over the centuries, the harbour’s piers and wharfs fueled the region’s commercial success. Times have changed. Elegant eateries, watering holes and artistic retail outlets now dominate.

Constitution Dock is widely known as the finishing point of the 630 nautical mile Sydney to Hobart yacht race. Along with the adjacent Victoria Dock, it makes for an entertaining stroll at any time of day. Ocean fishing fleets compete for attention with luxury yachts, alongside a backdrop of renovated warehouses and factories. Ignore the sporadic eighties architecture. 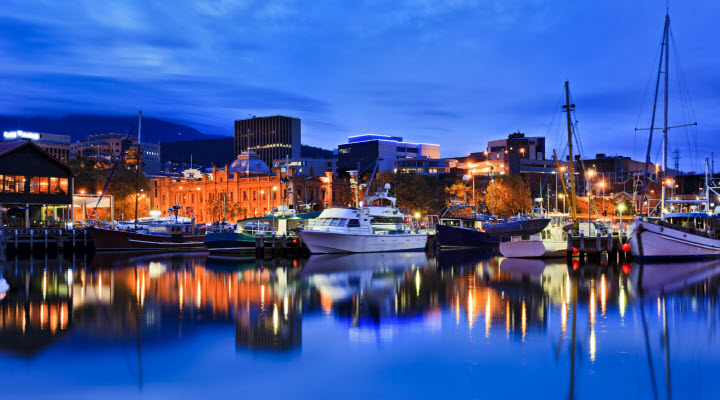 Take a coffee break at Jam Packed Café, in the atrium of a former jam factory which now houses the Henry Jones Art Hotel. 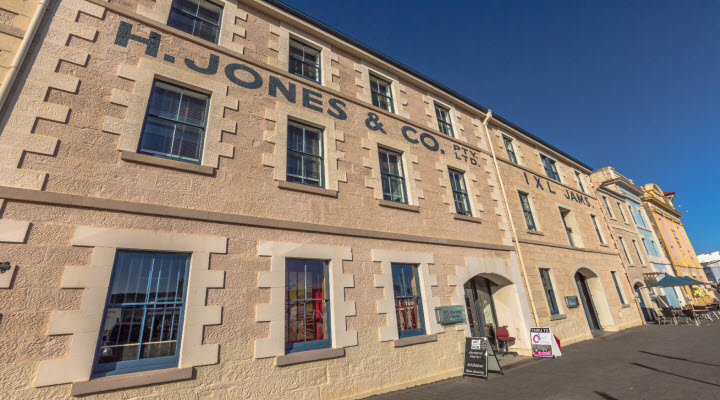 Hobart was the base of geologist Douglas Mawson’s triumphant mission to Antarctica between 1911 and 1914. Step inside living replicas of the accommodation used at the Mawson Huts Replica, to relive their ice-bound adventures. Sufferers of claustrophobia watch out.

Further uptown, a macabre site known as ‘the tench’ is well worth the stroll. Ranked by TripAdvisor as one of Australia’s top ten attractions, it started life as a convict penitentiary chapel and later became the city’s jail and courthouse. Spooky tunnels, tortuous cells and sinister gallows can be experienced via one of several tours available each day.

On the cove’s southern side, Salamanca Place is equally fun for aimless strolling, especially on Saturday, when it’s market day and all of Hobart jostles for room among the 300 market stalls. With all that action, you need to refuel. Try the legendary seafood spins on classic stadium fare, with a creamy scallop pie from Smith’s Specialty Pies or a salmon sausage sandwich from Silver Hill Fisch.

Perched elegantly over the River Derwent, Battery Point provides a respite from the market madness. Up the steep, historic Kelly Steps, hewn from the promontory’s rocky base, lie quaint cottages, gourmet stores and refined parks. Locals adore the sweet treats at Jackman & McRoss on Hampden Road. Eat the goodies at the nearby, cute as a button, Arthur Circus park.

Still want more market action? Back-up on Sunday with a visit to the Farm Gate Market on Bathurst Street. This one is for serious foodies and wannabe hipsters: bring knitted shopping bags and load up on nature’s finest. 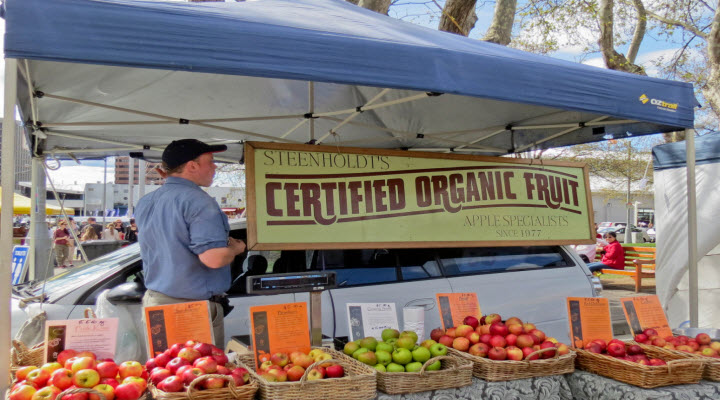 State Of The Art

Thanks to the maverick vision of multi-millionaire, professional gambler and art patron, David Walsh, Hobart boasts a truly world-class art gallery. The Museum of New and Modern Art (MONA) is only five years old, but it’s a ‘must do’ which easily fills a fascinating day.

The experience starts onboard the luxury boat that whisks you from Brook Street Pier to the gallery. Clad in military fatigues, it’s hard to miss at the dockside. The sheep-shaped seats of the upper deck forewarn you of an odd destination.

After 30 minutes of water-side suburban housing and industrial complexes, the rusted iron façade of MONA looms ahead. Walsh ignored naysayers who said galleries need natural light and built the entire complex underground. Entry is down a 15-metre cylindrical shaft.

Bizarre, controversial, political and explicit pieces fill the space. On the Road to Heaven the Highway to Hell depicts the twisted remains of a suicide bomber, sculpted from dark chocolate. Fat Car is exactly what it sounds like: a bright red, bloated replica of a Porsche convertible. Arguably most peculiar of all, Cloaca Professional is a fully-functional, mechanical model of the human digestive system. Watch it fed at 11am and defecate at 2pm.

Satisfy your own appetite at the on-site winery and café, where you can eat on the lawn surrounded by artworks. Or try more hoppy offerings at the in-house craft brewery; be sure to include the Hefeweizen wheat beer in your sampling choices. 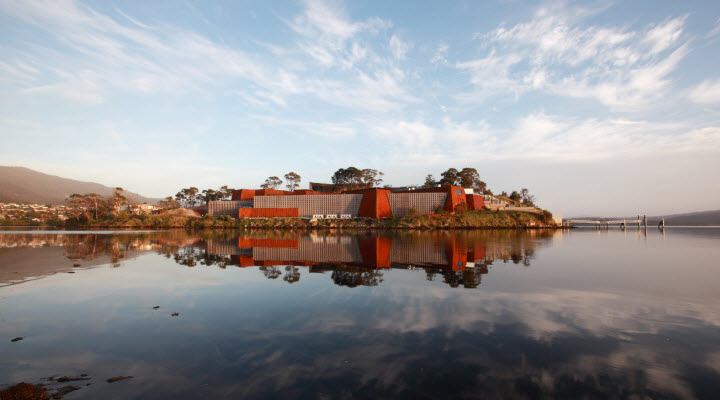 Stocked with the gourmet delights of Hobart’s markets and delis, you’ll need somewhere to enjoy them. Choose from one of these glorious scenic sites:

1. Mount Wellington for a stunning 1271m-high view over Hobart and the surrounding area.

2. Royal Tasmanian Botanical Gardens to learn about the native flora in a resplendent setting.

3. Little Sandy Bay Beach where the locals swim out to a stationed raft and chill-out.

4. Cascade Brewery to lounge in their manicured grounds and perhaps sample an ale or two.

Within an hour or two of Hobart, the list of attractions just gets better and better. Grab a car, join a tour or hitch a ride to these terrific sights: 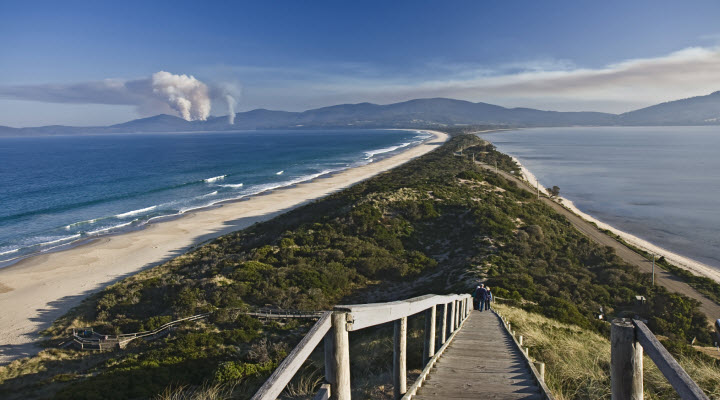