The Most Beautiful Places in Queensland

Queensland is Australia's very own tropical paradise. Home to stunning beaches, dense rainforests, and a staggering quotient of biodiversity, there are few places in the country that so impressively show off what our country's natural environment has to offer. Focusing on the gorgeous coastal regions, here's our picks for the most beautiful pieces of nature to be found in the Sunshine State. 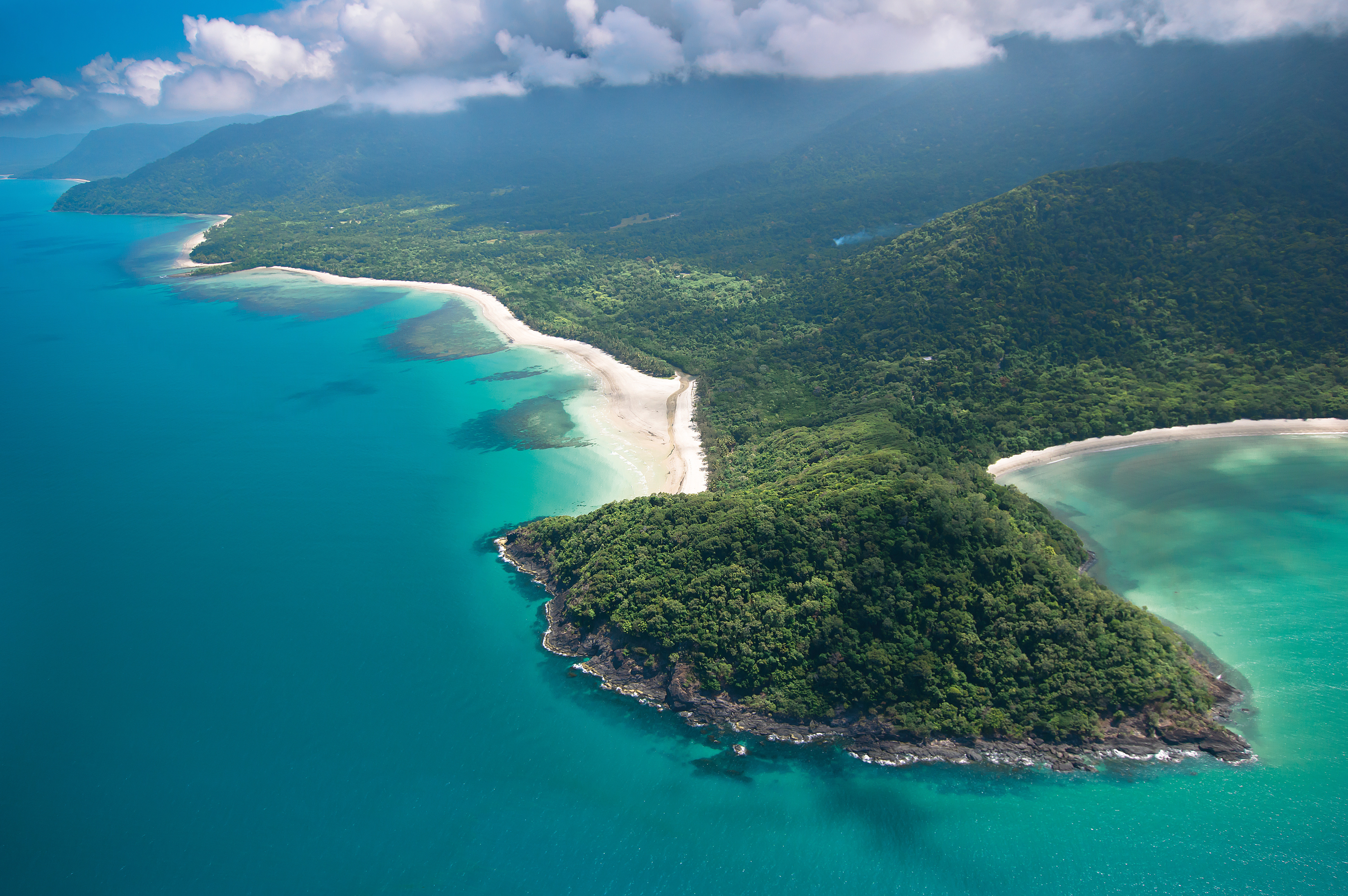 The ancient Daintree Rainforest in Queensland's Tropical North is the single oldest surviving tropical rainforest on the planet, and walking under its canopy with the whirr of insects and the calls of strange birds filling the air around you is a near-spiritual experience. Cape Tribulation, in particular, is a highlight. Here, the forest marches right up to the golden sands of the coast, where the Great Barrier Reef and surrounding islands can be accessed by boat or kayak. 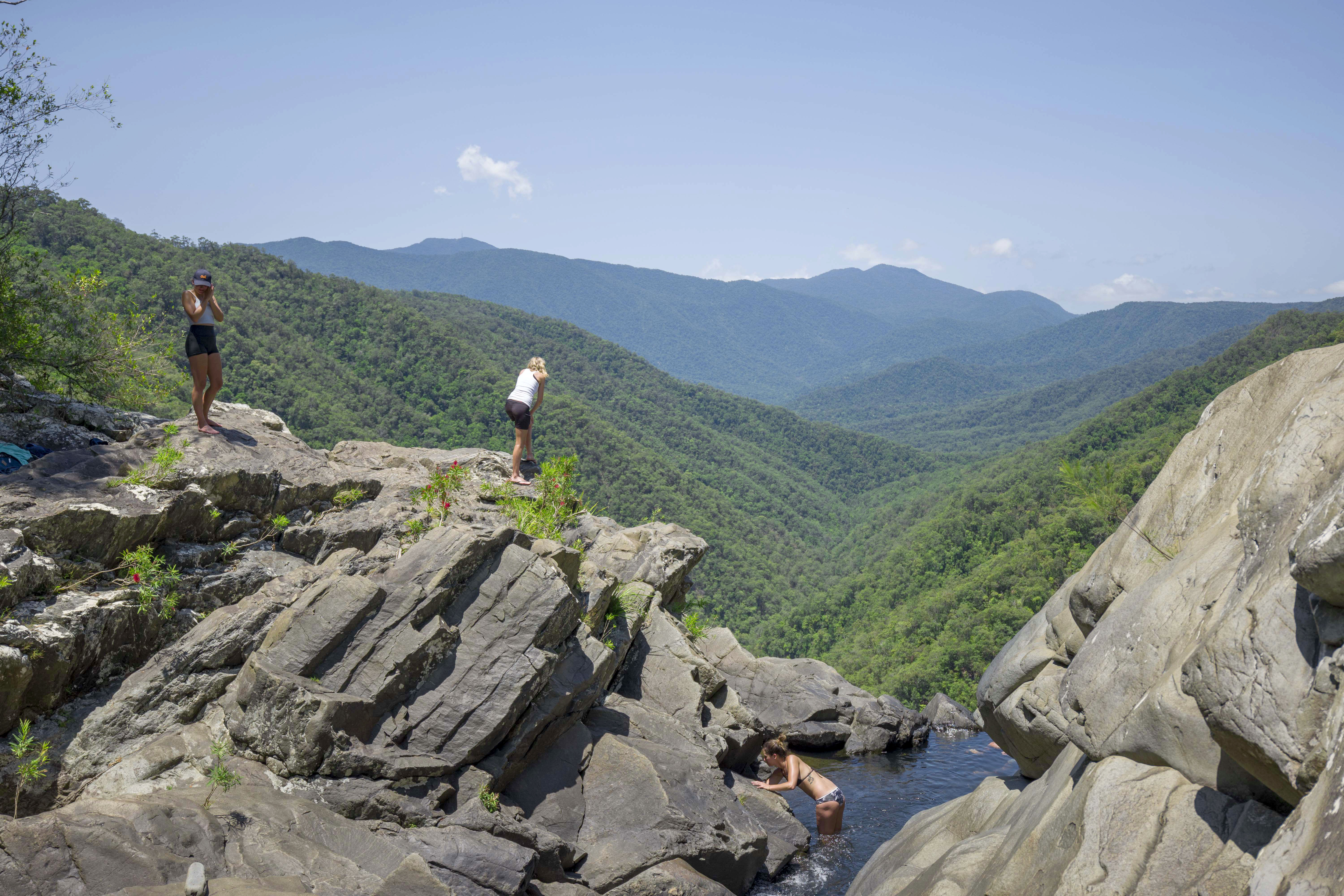 The World Heritage listed Wooroonooran National Park is a heavily forested mountainous region occupying much of the land south of Cairns. Forming part of the same sweep of rainforest as the Daintree further north, the undulating landscape of Wooroonooran features dramatic valleys, beautiful waterfalls (including Windin Falls, pictured) and Queendland's two highest peaks. Nearby Cairns Central YHA is an excellent jumping-off point for discovering the entire area on a budget. 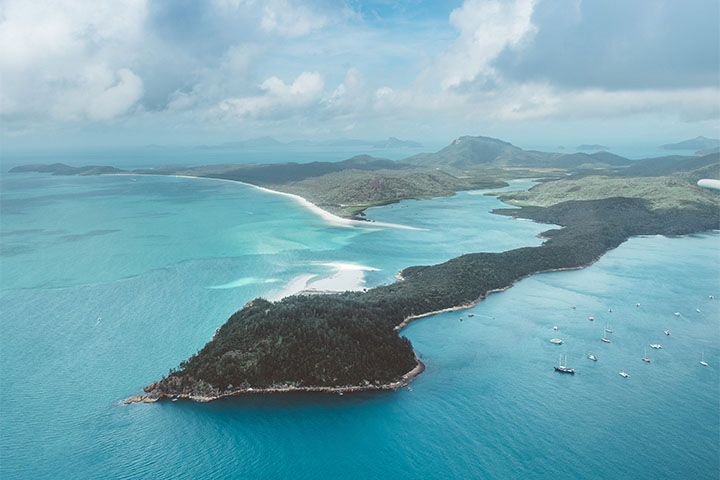 Prepare to be blinded by shinshine and dazzling white sand on your visit to the Whitsundays, one of Australia's most well-known and photographed destinations. Sheltered by the lower stretches of the Great Barrier Reef, the turqouise-hued shallow seas surrounding the archipelago are genuinely breathtaking to behold, either by boat or under the palms on one of many incredible beaches. Airlie Beach YHA is just across the water, and with the town's famously vibrant night life and drastically more affordable rooms than the overpriced island resorts, it's perfect for experiencing the Whitsundays without taking out a second mortgage. 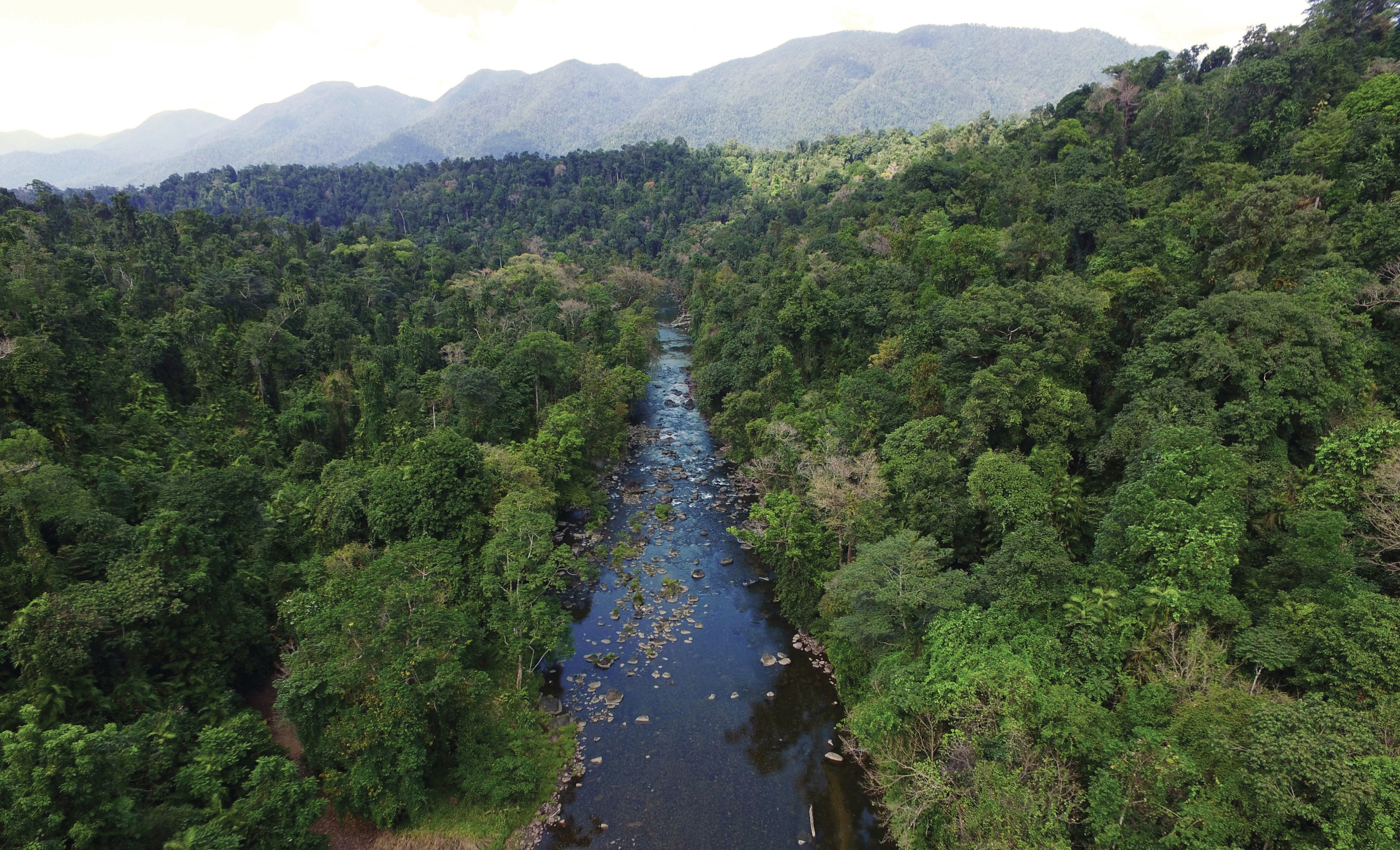 This highly underappreciated patch of national park to the west of Mission Beach is centred on Tully Gorge, a rift formed by the Tully River. The park has several excellent bushwalks snaking across it as well as opportunities for camping (you'll need a pass and fees appliy). A standout of the park is the view from Tully Gorge lookout, which evokes images of a prehistoric Australia long before humans set foot on the continent. Tully Gorge is not far from Wooroonooran National Park, and if you visit one, you should probably visit the other, too. 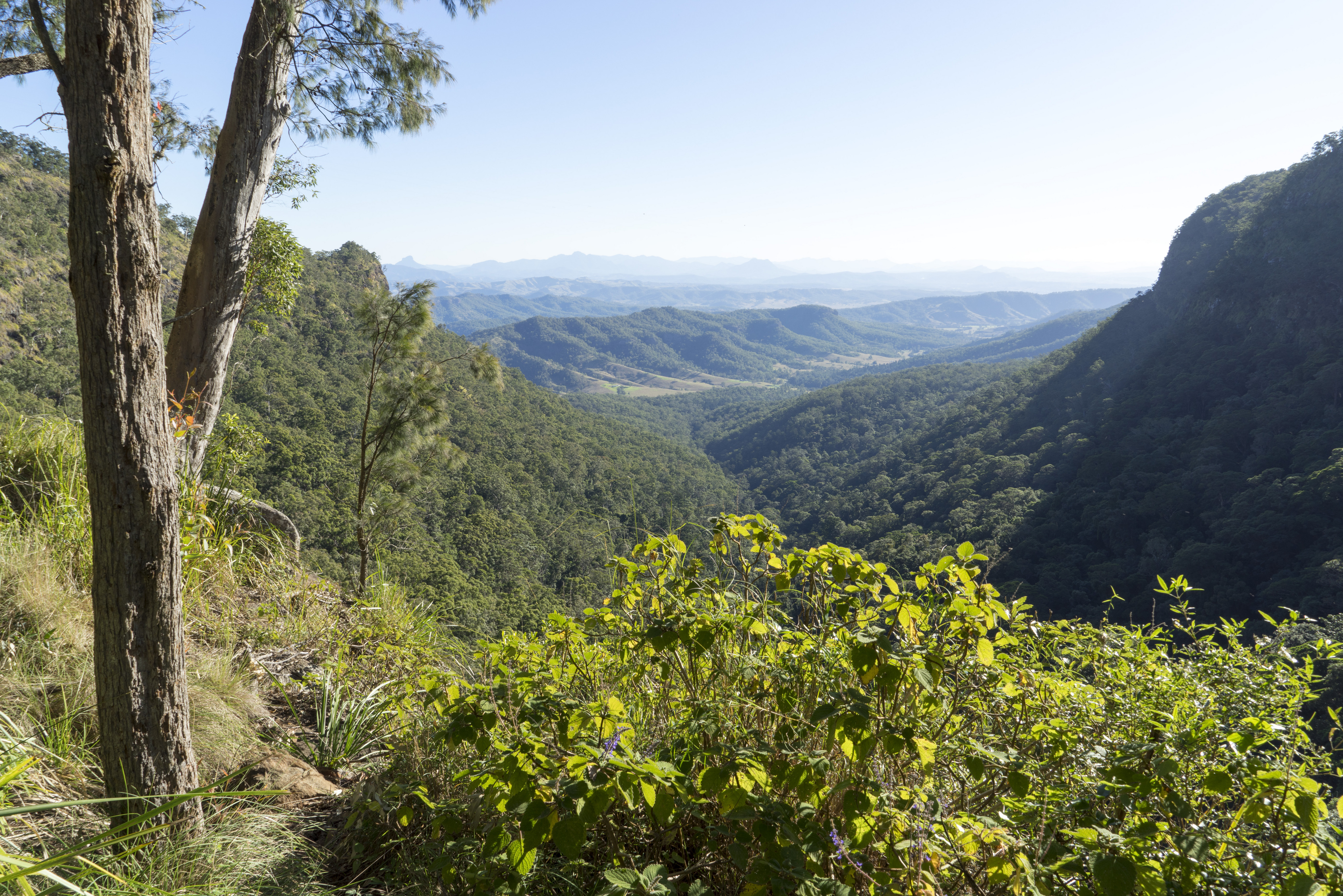 Inland of the Gold Coast and straddling the border with New South Wales lies Lamington National Park, a lushly vegetated volcanic plateau that forms part of the immense crater of the long-extinct Tweed Volcano. The biodiversity of the park is spectacular - featuring both subtropical and temperate rainforest expanses and harbouring huge numbers of plant and animal species (many unique to the region). Coolangatta YHA or Murwillumbah YHA are both excellent choices of accommodation nearby. 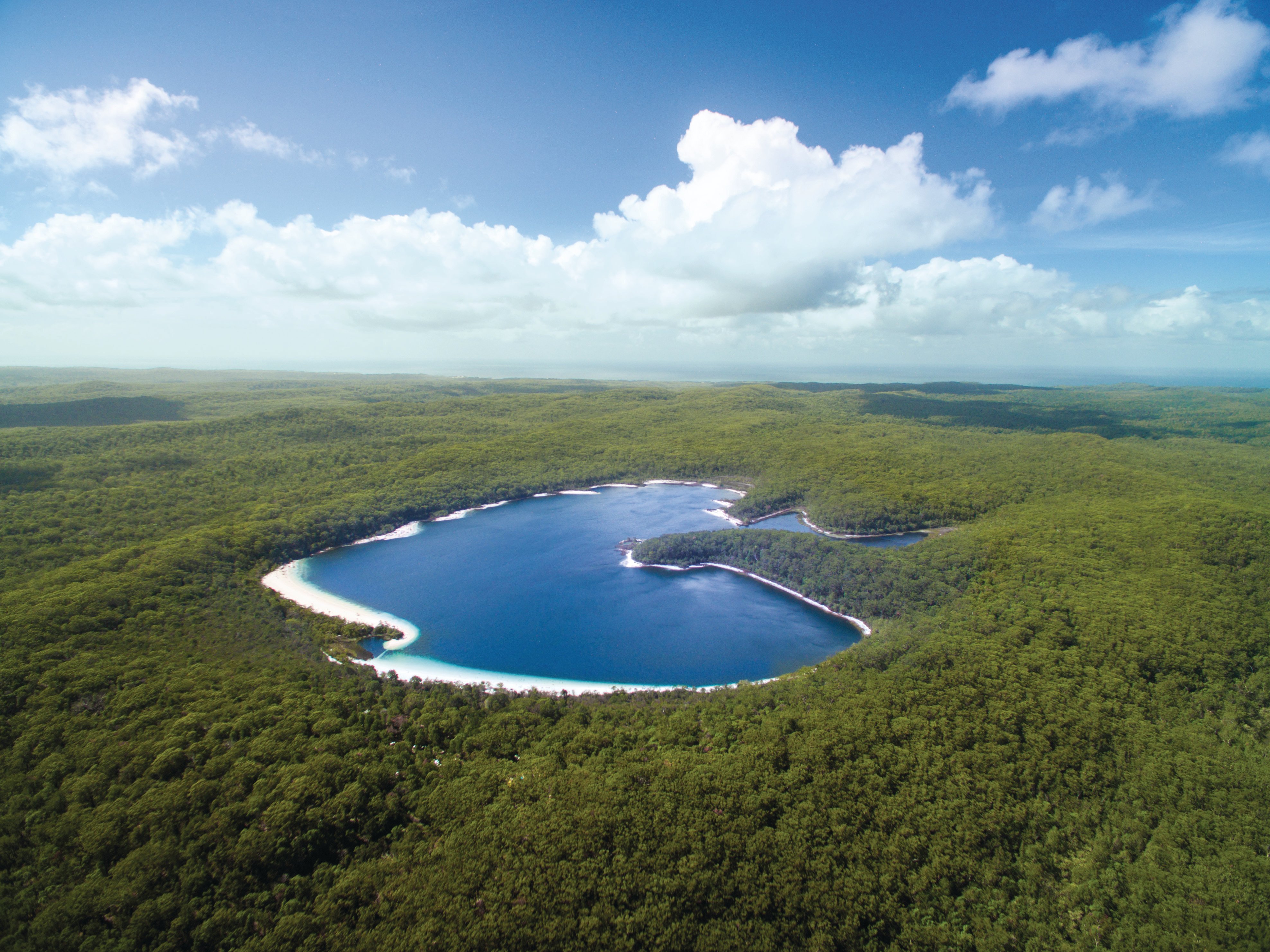 Lying like a colossal arm off the southern coast of Queensland, Fraser Island is a 123km-long sand island (the biggest such island in the world) featuring some of the longest beaches you'll ever set eyes upon. Part of the broader Great Sandy National Park, the island is the only place on Earth where tall rainforest grows in sand and because of this terrain, a 4WD vehicle is essential to getting around. There are plenty of wild and beautiful corners of the island worth exploring, though make sure you don't miss out on Lake Mckenzie (pictured here). Hervey Bay YHA is a great spot to base yourself for an expedition. 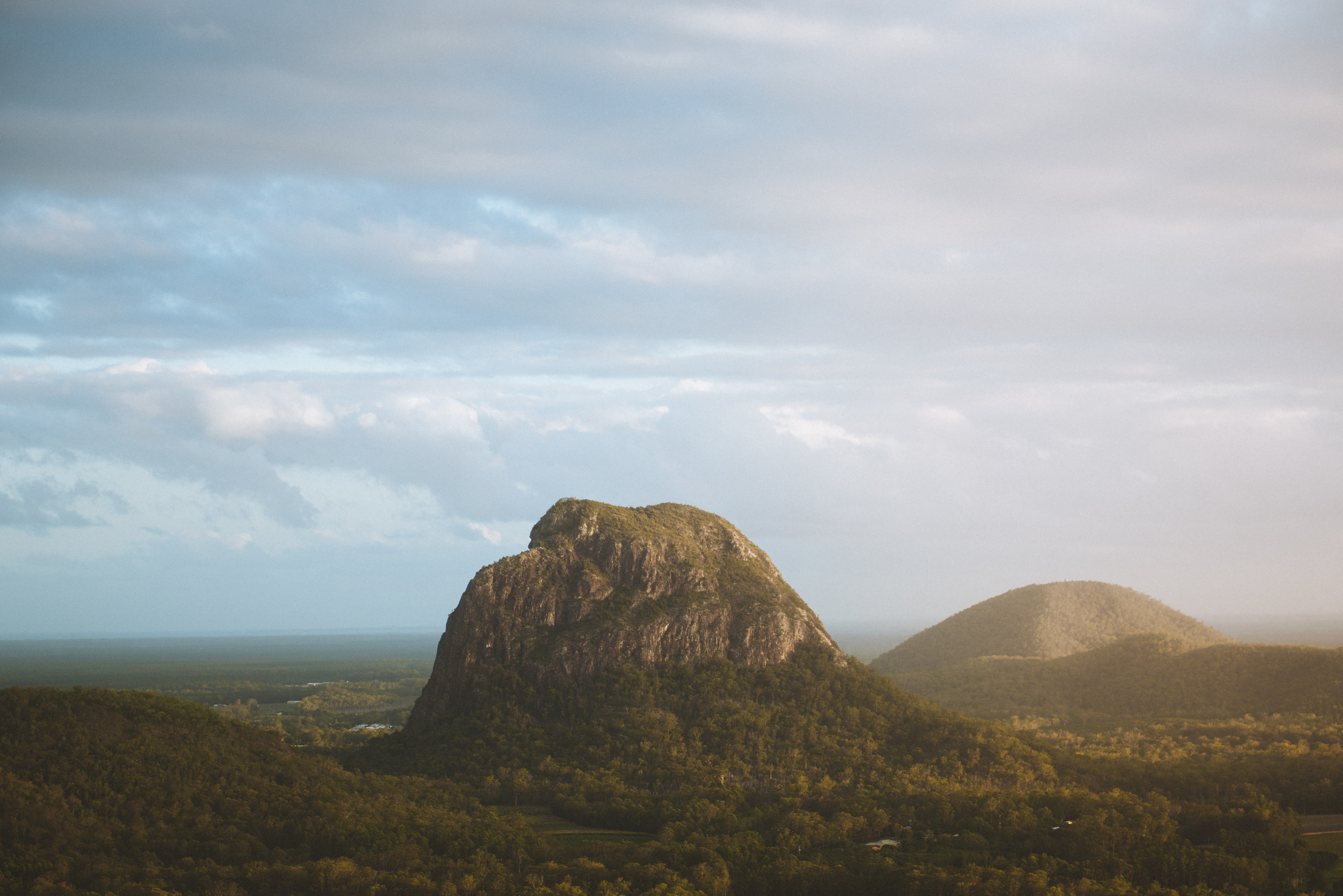 Standing out like sore thumbs in the otherwise relatively flat inland regions of the Sunshine Coast, the Glass House mountains give an otherworldly feel to the landscape they occupy. Strictly speaking, they're hills, not mountains, but their interesting forms and volcanic origin make them an impressive sight. Keep in mind that while some of the peaks are open for climbing, two of them (Beerwah and Tibrogargan) have cultural significance to the local indigenous people, who request that visitors do not climb them. The Glasshouse Mountains provide some incredible vistas while exploring the Sunshine Coast hinterland from Noosa Heads YHA.

Anyone exploring Queensland or Australia as a whole should make it their mission to see the Great Barrier Reef - the largest such reef on Earth and one of the seven natural wonders of the world. Teeming with tropical fish species and all kinds of other marine life, guided diving or snorkelling is one of the best ways to experience this spectacular aquatic kingdom - just be sure to get informed about conserving and regenerating during your visit, and leave the area exactly as you found it. There are accessible stretches of reef nearby to a number of QLD YHAs, including Cairns, Airlie Beach (Whitsundays) and Mission Beach.