The 10 best animal encounters in Queensland

The Sunshine State is the best place in Australia to get up, close and personal with native Aussie animals.

Live out your own sequel to Finding Nemo in the warm waters of Tropical North Queensland. Airlie Beach is a great base to snorkel around the white-sand beaches of the Whitsunday Islands, while Cairns is a popular gateway for tours of the Great Barrier Reef – both brimming with a colourful array of marine life. Keep an eye out and you might even find Nemo – there are plenty of clownfish swimming around!

Hang out with Quokkas on Rottnest Island

Imagine how many likes you’ll get on Instagram from your friends back home when you post a selfie of you chilling with a Quokka! Rottnest Island and its surrounds are the only place in the world you'll find Quokkas in their natural habitat, and Fremantle Prison YHA is just over the water, and the perfect place to stay to get up close with these adorable little Marsupials. YHA offers a ferry package to Rottnest Island with bike hire included and optional snorkels, making for an ideal day trip exploring the unique island at your leisure.

Smile at a crocodile in the Daintree Rainforest

The Daintree is an ancient rainforest located between Cape Tribulation and Port Douglas north of Cairns, and the river that runs through it is crawling with wild crocodiles. Book a river cruise down the Daintree River to get close (but not too close!) to these ferocious predators, which can grow up to five metres in length.

The ‘Home of the Crocodile Hunter’, Steve Irwin, is more famous for crocs than the other native Aussie animals it keeps – but Australia Zoo is one of the best places in Queensland to feed a kangaroo. You can feed the roos as they roam around their open-range enclosure at Australia Zoo, just an hour north of Brisbane. It doesn’t get any more Australian than that! Hervey Bay – three hours’ drive north of Brisbane – is Australia’s No.1 whale-watching hotspots, with huge numbers of humpbacks using water sheltered by Fraser Island to raise their calves. Each Australian winter, tens of thousands of whales travel the ‘Humpback Highway’ up the East Coast of Australia to escape chilly Antarctic waters for warmer conditions in Queensland, hanging out in Hervey Bay between July and November to rest and frolic before the long journey back. 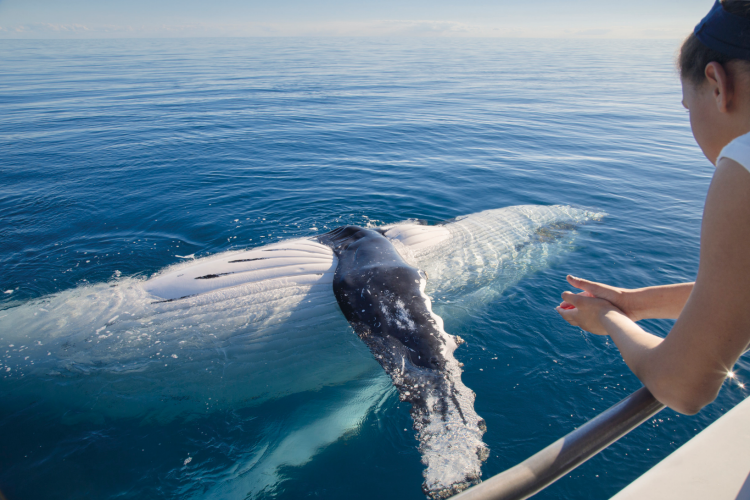 Fraser Island is a natural wonder in its own right – the world’s largest sand island is covered with dense rainforest and spectacular freshwater lakes – and it’s also home to a population of 200 dingos, believed to be a genetically pure strain that’s avoided breeding with dogs on the mainland. The golden-coloured dingos might look cute but don’t get too close, don’t leave rubbish lying around, and stay within fenced areas for your own safety. 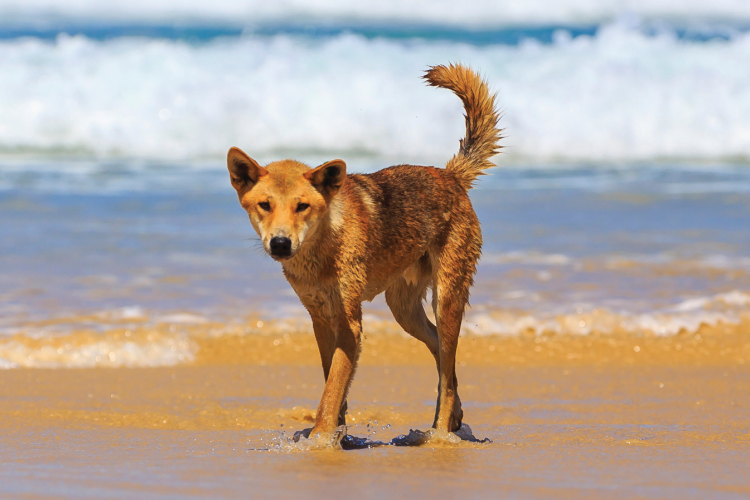 You can swim with sea turtles around Lady Elliot Island and Lady Musgrave Island at the southern end of the Great Barrier Reef all year round, but head to Mon Repos Beach in Bundaberg for the awe-inspiring turtle hatching season. Mon Repos is the largest turtle rookery in the South Pacific – mother turtles come ashore between January and November to nest and lay their eggs, before tiny hatchlings emerge from the sand and take their first tentative flips towards the water from January to late March.

The Gold Coast isn’t only bars and beaches – there’s also miles of pristine hinterland to explore away from the coast, including the Currumbin Wildlife Sanctuary. This heritage-listed sanctuary is famous for its flocks of lorikeets and houses dozens of species of native animals, but one of the most unique experiences visitors can enjoy is an encounter with an echidna. These spiky little suckers might even use their long beak and sticky tongue to grab a feed out of your hand! 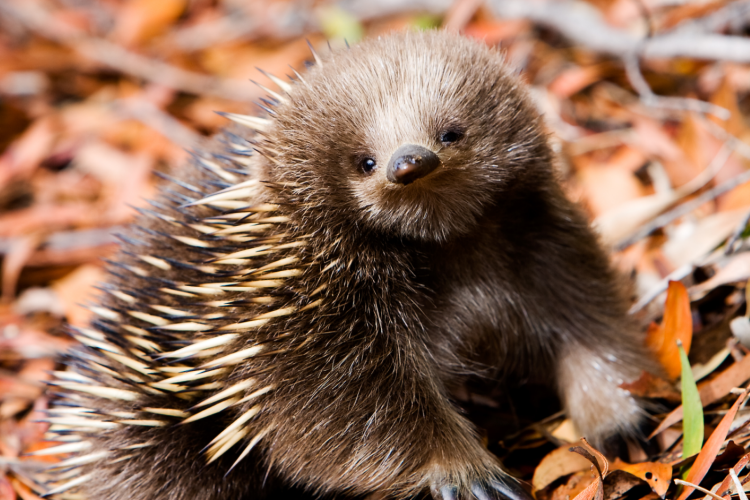 Spy a platypus in the Carnarvon Gorge

This duck-billed semi-aquatic mammal is another Aussie animal that’s very difficult to find in the wild, but there is a thriving platypus population in Carnarvon Gorge, about 600km west of Brisbane. The undisturbed ecosystem of the Carnarvon National Park has allowed these timid animals to reproduce in healthy numbers in breeding burrows along the creek, thrilling visitors to this remote gorge in Central Queensland. 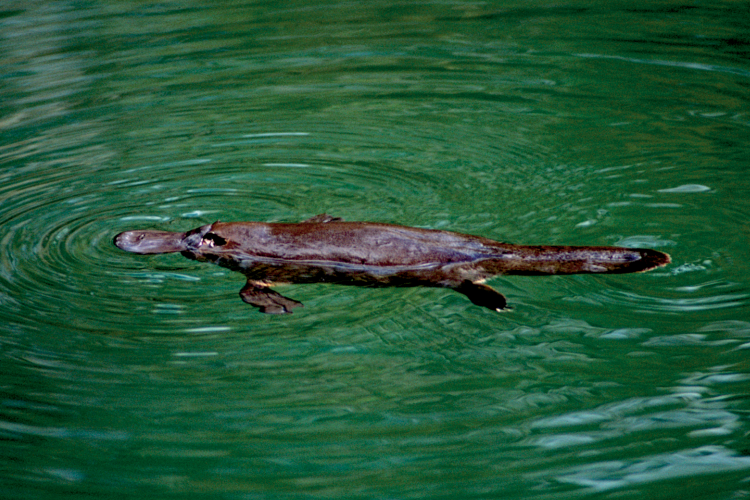 Brisbane City YHA
An award winning travellers' hostel, Brisbane City YHA is close to Suncorp Stadium, Roma St Transit Centre, South Bank, the Gallery of Modern Art and the Queensland Museum. Oh, and did we mention that we have a pool overlooking the Brisbane River?
View Details
Cairns Central YHA
With the Great Barrier Reef on your door step, this centrally located property is the perfect base to explore Tropical North Queensland, offering a tranquil outdoor pool area, communal kitchen, large common areas and air conditioned rooms.
View Details
Airlie Beach YHA, Whitsundays
Airlie Beach YHA hostel is located in the centre of Airlie Beach close to the swimming lagoon, restaurants, cafes and Airlie's thriving nightlife. All rooms are air-conditioned.
View Details
Fremantle Prison YHA
Fancy a historic and unique stay? Fremantle Prison YHA backpackers hostel has what you are after - if you’re feeling brave, sleep in an actual prison cell!
View Details
Hervey Bay YHA
This multi-award winning hostel in the seaside town of Hervey Bay is conveniently located within an easy walk of nearby beaches.
View Details