So you’re coming to Australia but you’ve never heard of Byron Bay? Here are nine great reasons why you need to get to Byron Bay and explore one of Australia’s best beach towns. 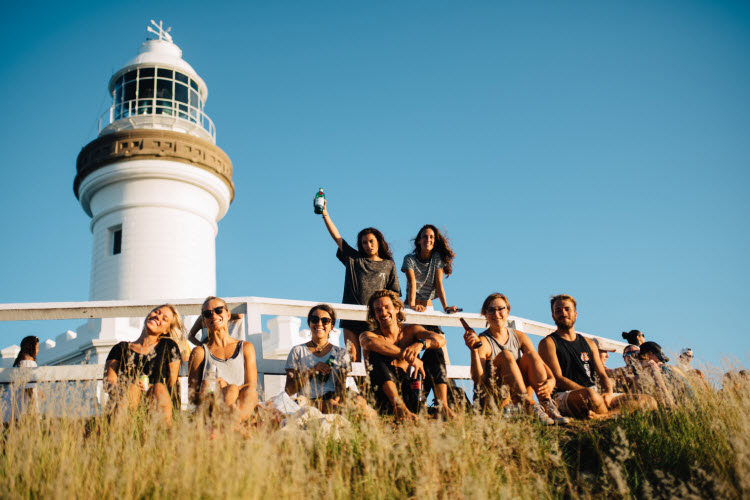 Where is Byron Bay? Located on the Far North Coast of New South Wales – 772km north of Sydney and 165km south of Brisbane on Australia’s sandy East Coast – Byron Bay is home to some of the most gorgeous beaches you have ever seen. Main Beach always attracts big crowds. It’s great for surfers as well as swimmers, and is patrolled by lifesavers. You can also see the iconic Cape Byron Lighthouse in the distance. Clarkes Beach is at the eastern end of Main Beach, and it’s popular with body-boarders, windsurfers and paragliders, with some good snorkelling areas, too. Next door is the Pass – a hotspot for surfers, and one of the most famous surf breaks on the coast – and just around the headland is Wategos, perhaps the most beautiful beach in Byron Bay. There’s also Tallows Beach, a huge stretch of sand with choppier conditions.

The most famous landmark in Byron Bay is the Cape Byron Lighthouse (built in 1901), which represents the most easterly point on mainland Australia. One of the best things to do in Byron Bay is strolling along the walking track around the lighthouse that offers spectacular views along the coastline, across the vast Pacific Ocean and back over the town of Byron Bay itself. The lighthouse attracts around half a million visitors every year, and is also a great spot for whale watching during winter, when thousands of humpback whales make their annual migration from Antarctica to the warmer waters of Australia’s East Coast.

Put on your party pants and hit up the local clubs, pubs and bars. Byron’s most famous pub is the Beach Hotel, overlooking the sand of Main Beach. You’ll be able to spend hours relaxing in the shade of the towering pine trees watching the world go by, tucking into some tasty pub grub, sipping on a quiet drink or enjoying some live entertainment, with a bumper line-up of gigs. Don’t miss the traditional Sunday Session! 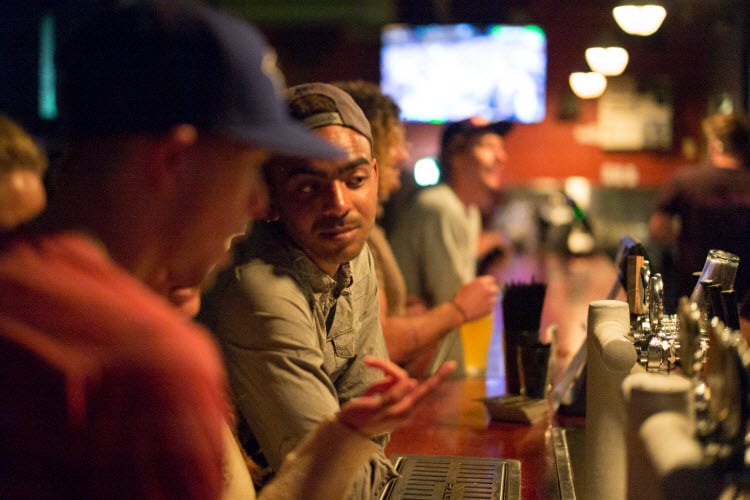 Learning to surf is one of the best things to do in Byron Bay. Cape Byron YHA can organise a surf lesson with the best local surf school in Byron Bay. This 3.5-hour lesson is perfect for beginners, with qualified instructors helping the small group of learners with every wave they catch. Not only will you stand up and surf during your lesson, you’ll also learn about surf safety and ocean awareness – plus, everything you need (surfboards, wetsuits, rash shirts and sunscreen) is included. You only need to look at all the dreadlocks, drum circles and hemp fisherman pants to realise that Byron Bay is the hippie Mecca of Australia’s East Coast. Stroll down Main Beach at sunset and join in one of the drum circles, or stroll a couple of blocks through town and enjoy all the buskers and street performers. Byron Bay is also a yoga hotspot – with stacks of studios all throughout town – plus there’s the brand new solar train that’s kind on the environment and one of the best things to do in Byron Bay after opening in December 2017. Byron Bay is even home to the Byron Spirit Festival which is a three-day celebration of yoga, music, tantra and dance. The nearby towns of Murwillumbah and Mullumbimby are also beloved by bohemians. The chilled, laidback vibe is one of the reasons why Byron Bay is such a popular place to visit.

There are loads of good places to eat in Byron Bay, and lots of eateries especially cater to this hippie – or hipster – market. Plenty of cafes, restaurants and bars pride themselves on sourcing high-grade locally grown produce, as well as utilising raw and organic ingredients. The Byron Farmers Market held every Thursday morning in the middle of town is also a haven of fresh food and local produce. For something a little more indulgent, Byron Bay Cookies are a little taste of heaven, and there’s a booming craft brewing scene, too – taste some delicious local beers at Byron Bay Brewery as well as the mega-popular Stone & Wood and the IPA-obsessed Fixation Brewing Co. a little further out of town. Byron Bay shopping is also excellent. 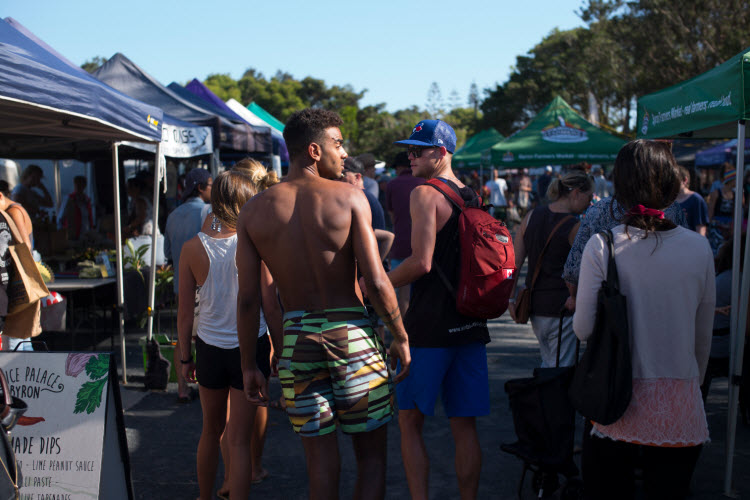 Bluesfest, the Byron Bay Writers Festival, Byron Bay International Film Festival and Falls Festival pumping out tunes over New Year are some of the other huge events that keep a steady stream of visitors flocking to Byron Bay throughout the year.

All of these things have attracted a number of celebrities to both visit and live in Byron Bay. Chris Hemsworth – aka Thor – and his model wife Elsa Pataky have lived in Byron Bay since 2015. Since then a stack of other celebs have decided to have their summer holidays in Byron Bay, and can be spotted in various hot spots in town.

Looking for Byron Bay accommodation? Why would you go camping in Byron Bay when you could enjoy the same relaxed beachside atmosphere with YHA in the middle of town? With two properties to choose from it's easily the favourite of travellers road-tripping up the East Coast of Australia. Both Cape Byron YHA & Byron Bay YHA have inviting common areas including a pool and barbecue area, which makes it easy to meet new mates! When you upload all your photos to Instagram, don’t forget to hashtag #YHAoz, and all your mates back home will be asking, ‘Where is Byron Bay?’ 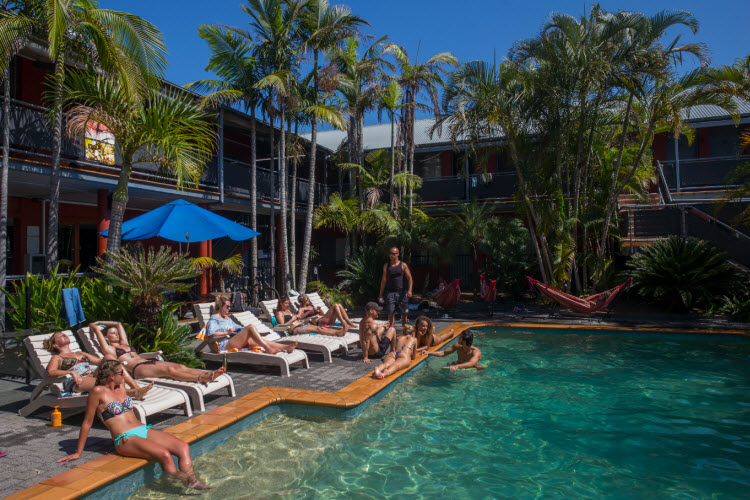