Australia’s cutest animals… and where to find them

Australia isn’t only full of sharks and spiders and snakes – there are plenty of animals that aren’t trying to kill you, and a lot of them are absolutely adorable.

Imagine a cartoon version of a kangaroo that’s about the size of a cat, permanently smiles, and actually exists in real life… that’s a quokka. And a 10,000-strong population of these furry little fellas toddle all over Rottnest Island, which is just a short ferry trip from Perth or Fremantle. Quokkas aren’t afraid of visitors, either – even tennis ace Roger Federer snapped a cheeky #quokkaselfie the last time he was in WA! It’s not hard to spot roos in the wild – there are currently 50 million of them hopping around Australia, twice the human population. See Skippy on the beach at Batemans Bay south of Sydney, roaming wooded areas of the Australian National Botanic Gardens and Mount Ainslie in Canberra, and enjoying South Australian nature reserves like Kangaroo Island and Cleland Wildlife Park in the Adelaide Hills, not to mention the rock wallabies around the MacDonnell Ranges near Alice Springs in the Red Centre. 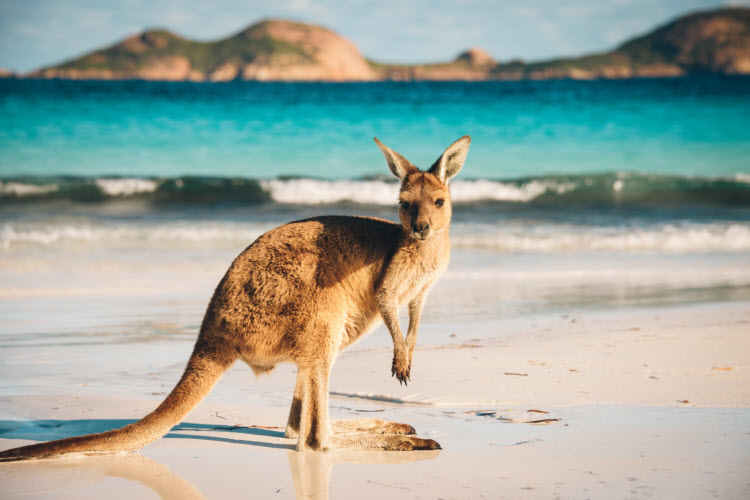 A little ball of razor sharp spikes doesn’t sound too cute and cuddly, but that’s before you look into an echidna’s adorable little face. Get up close and personal with these egg-laying mammals at Australia Zoo north of Brisbane and Healesville Sanctuary east of Melbourne, or you might even spot one in the wild in Victoria’s Grampians National Park if you’re lucky. Failing that, just grab a five-cent coin out of your wallet. 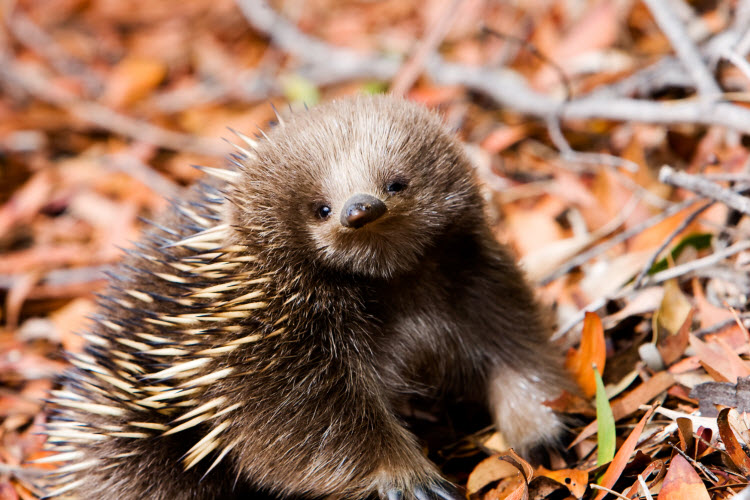 It’s pretty obvious why sea lions are nicknamed the puppy dogs of the sea when you’re splashing around with them off the Eyre Peninsula in South Australia – the playful pups mimic your every move in the water, diving and somersaulting like a group of chubby, whiskered synchronised swimmers. Tick this once-in-a-lifetime experience off your bucket list with a half-day tour from Port Lincoln, which is also one of the few places on earth where you can go shark cage diving. 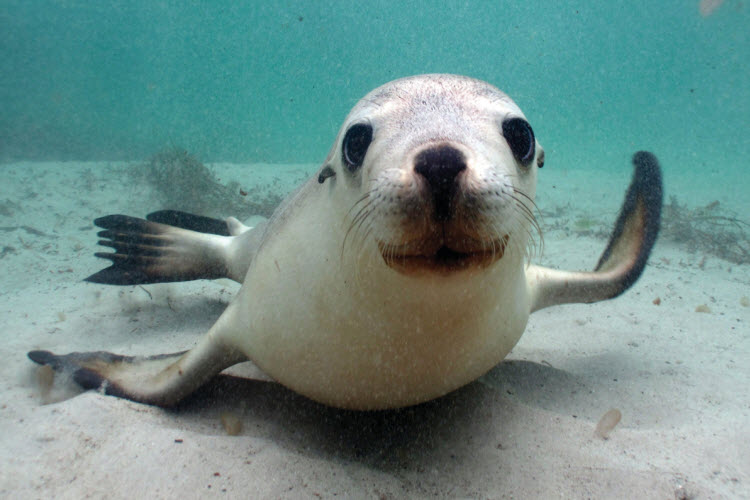 Never heard of a bilby? Picture a mouse lugging around bigger ears than Yoda. These rabbit-eared bandicoots live in the desert, but they’re hard to spot because they’re endangered, nocturnal and extremely shy – you’ll have more luck at Monarto Zoo near Adelaide, which breeds bilbies, and Taronga Zoo in Sydney, which named its bilby exhibit in honour Prince George following a visit in 2014. Fun fact: many Australians feast on chocolate bilbies rather than Easter bunnies because rabbits are a pest Down Under. 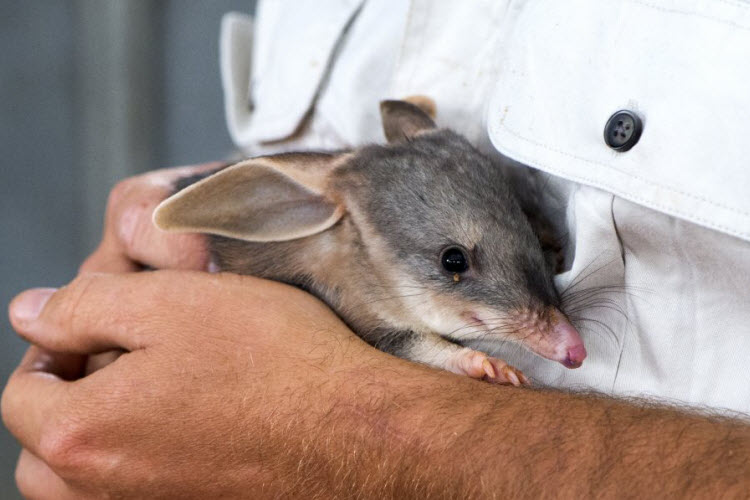 Wombats are so roly-poly that they look like a fluffy toy that’s been grabbed off the shelf of a souvenir shop and thrown into the wild. The furry little fellas inhabit cooler wooded areas of south-eastern Australia – you might even see them scampering along the sand on the Bay of Fires walk in Tasmania – and they’re a star attraction at nature reserves around the country, particularly Victoria’s Healesville Sanctuary where you can book a ‘pat and play’ encounter. Another fun fact: wombats produce square poo. 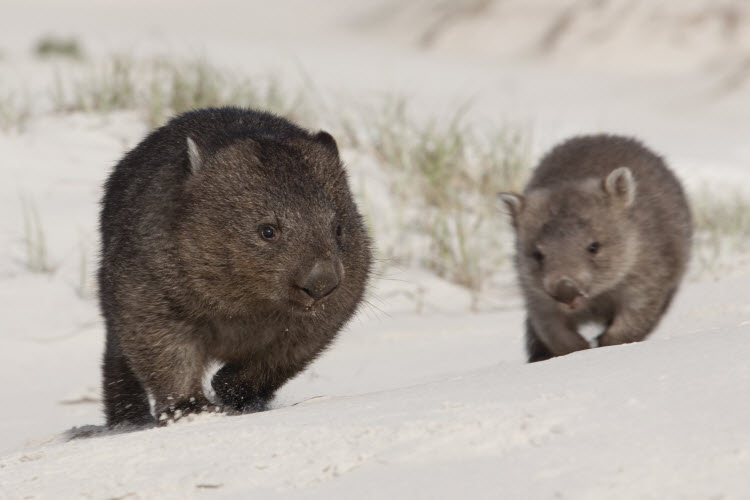 No, we’re not talking about the feral baby-taking type – the dingos of Fraser Island have been protected from the mainland’s mangy mutts, producing an incredibly pure strain of canine. More handsome than cute, a population of around 200 sandy-coloured dingos inhabits the world’s largest sand island just off the coast of Hervey Bay in Queensland – but don’t get too close, because they’ve been known to bite tourists who provoke them for that perfect pic. 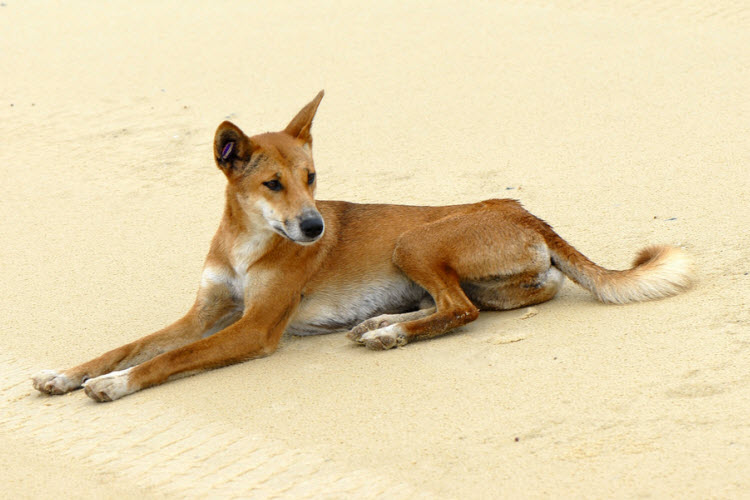 Want to cuddle a koala? Us too. Lone Pine Koala Sanctuary in Brisbane and Cleland Wildlife Park in the Adelaide Hills are the best places to hold a koala, while the Koala Hospital in Port Macquarie on the Mid North Coast of New South Wales also makes for a heart-warming experience. 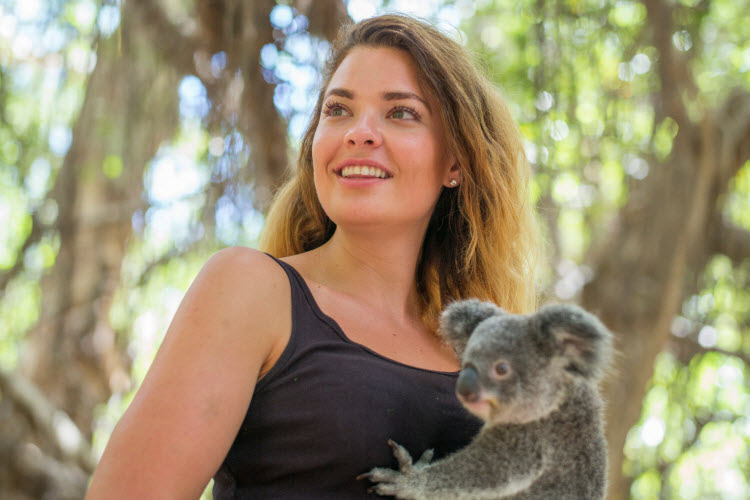 There’s only one place where you can see these pint-sized penguins waddle across the sand: Phillip Island, two hours’ drive south-east of Melbourne and home to the iconic Penguin Parade. Every day at sunset, hundreds of Fairy Penguins scamper back to their burrows after a long day of fishing at sea – and a state-of-the-viewing platform gives you a front-row seat of the show. These tiny possums might be the only animal on earth with cuter puppy dog eyes than puppy dogs themselves. Sugar gliders have a membrane between their front and back legs that allows them to glide between the treetops along Australia’s northern and eastern coastline, especially the rainforests of tropical North Queensland. You’d be lucky to spot one in the wild – they’re small, nocturnal and lightning quick – but you might have more luck at Australia Zoo near Brisbane. 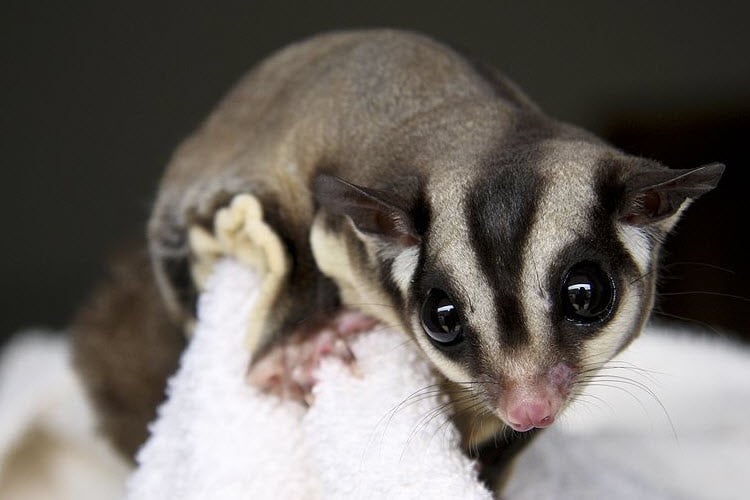 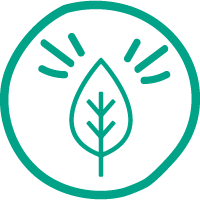 It’s easy being green when you stay with YHA – our hostels are packed full of energy-efficient and water-saving features like solar panels, rainwater tanks and recycling facilities.