Meet the dogs of YHA

Missing your furry friend back home? Visit one of these YHAs with their own resident hostel dog! One pet of these good boys/girls is guaranteed to perk you right up, when you're feeling run down after a long time on the road! 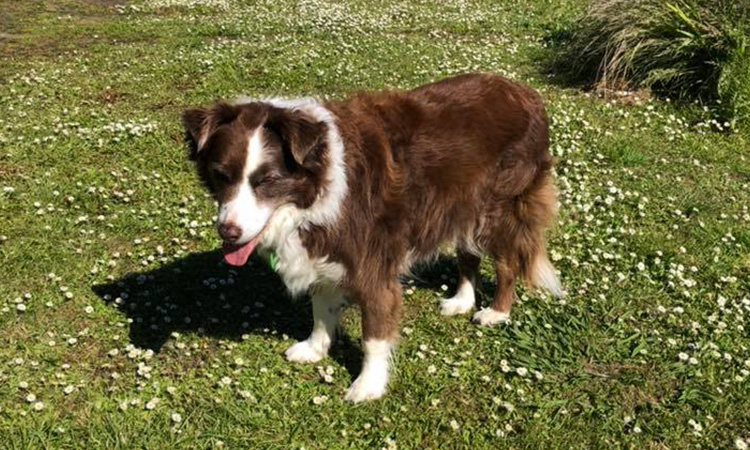 Amber is a 15-year-old chocolate and white Border Collie, who was originally going to be sent to New Zealand as a top breeder on a working farm with sheep and cattle. Luckily, the contract fell through, much to the delight of her owner, Apollo Bay YHA Manager Gail.

Gail says: “Amber will always sit under a tree and look up if there is a koala in it before anyone has even noticed the koala. She loves treats and we have many regular customers that look forward to seeing Amber annually here at Apollo Bay YHA.

Amber has a great following with all the backpackers and she receives far more postcards than John and I do. She is the most loyal companion and is well known around Apollo Bay. Her favourite walk is along the beach and swimming in the Bay. At the front desk, she sits beside me and as soon as the guests start admiring her she is up and wagging that tail ready for a treat!"

Where to meet Amber?

Hit the Great Ocean Road and stop off at Apollo Bay Eco YHA, and lose yourself in the gorgeous landscapes and views of this area. Amber will be there ready to help you spot some wild koalas! 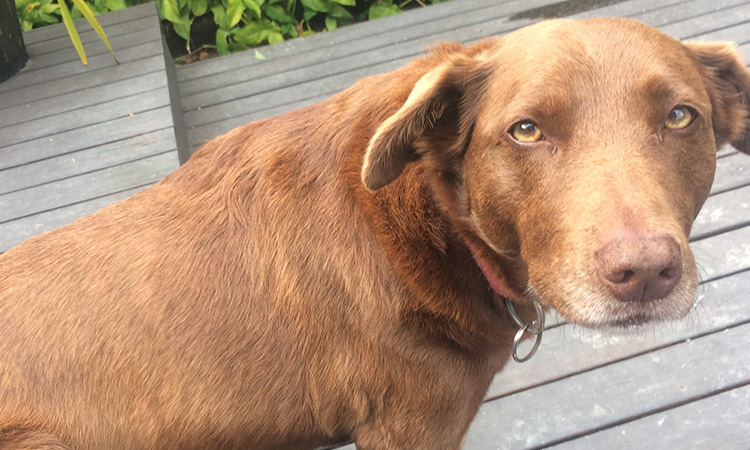 Cameron from Newcastle Beach YHA is lucky enough to bring his best friend to each of his shifts - 6-year-old Chilli!

Cameron says: “She presently has better guest reviews than myself, so I’m super jealous. She loves human interaction more than anything and is a chronic licker, eater and lover of the beach. She absolutely loves pizza night as you would have guessed, and has put on at least 5kg on at the hostel as guests get the 'poor me I’m starving look,' and she is endlessly hungry. She hangs out in reception and meets guests who arrive by poking her little head and paws over the door. She makes people smile almost every time and is a valued member of the team here!”

Where to meet Chilli?

Just half an hour drive from Port Stephens, Newcastle is fast becoming one of the coolest mini-cities in Australia. Book your stay at Newcastle Beach YHA, and good luck resisting the puppy dog eyes from Chilli! Lucky has been meeting guests at Rockhampton YHA for about 10 years!

Manager Auzen says: “Lucky spends most of her time hiding under the pool table and comes out wagging her tail when she hears people come up to reception to check in and waits for the courtesy bus every night hoping new guests would arrive and give her a pat.

She is fluent in the universal language of patting and tail wagging. She has a half brother called Remy, a Jack Russell who mainly stays at home as he doesn't like backpackers. My wife picked her up as a stray a long time ago and we love her so!”

Where to meet Lucky?

Explore the beef capital of Australia, Rockhampton in Central Queensland. Soak up the true-blue Aussie culture of the area, and hang out with Lucky at centrally-located Rockhampton YHA. 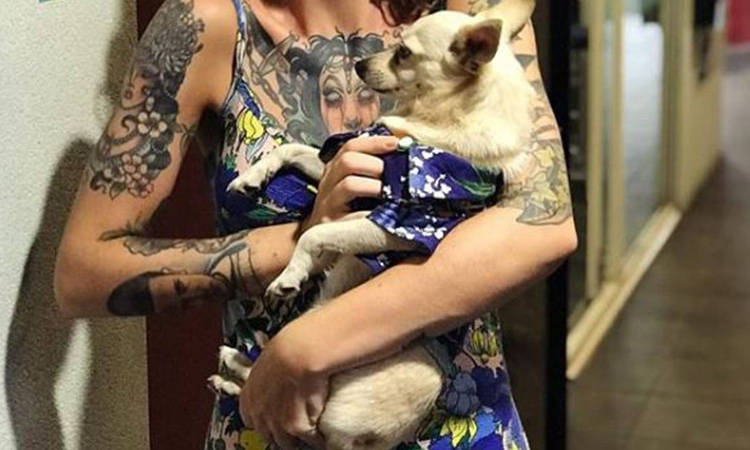 Frida Cha Cha was rescued at 3 months old and raised in the bush in Agnes Water! At first Mish from 1770 YHA was hesitant to have a chihuahua around the bush, but the two fell in love and Frida adapted to the life like a star!

Mish says: "Frida herds chickens - she goes to job sites in the back of a truck with Dad and is a mascot at the YHA with Mum! She's even made the news, having broken a world record for most dogs on a sup board. The backpackers love her because sometimes when they arrive, they are homesick or tired and then they see her greeting them at reception and they light up. She walks them to their dorm and generally just hangs out!"

Where to meet Frida Cha Cha?

Not far from Rockhampton, head to the secret town of 1770, located on the Southern End of the Great Barrier Reef. 1770 YHA will be waiting for you with a friendly beachy vibe, and of course, Frida will be ready to walk you to your room!

Apollo Bay Eco YHA
Midway along the famous Great Ocean Road, relax by the wood fire heater, and enjoy ocean views from the rooftop at Apollo Bay Eco YHA.
View Details
Newcastle Beach YHA
Opposite Newcastle Beach, and right in the centre of town, this friendly YHA is perfect for travellers looking for affordable accommodation.
View Details
Rockhampton YHA
Rockhampton YHA traveller hostel is located a short walk from the Fitzroy River and the CBD. The hostel has co-living and double/twin rooms, some with ensuites, which are suitable for all travellers.
View Details
1770 YHA
1770 is a clean and inviting hostel with a variety of room types, all co-living rooms have their own en-suite and are air-conditioned. The Agnes Water Beach is only a short 200 meter walk through an environmental park.
View Details