Fremantle Prison YHA has finally reopened! After spending much of the year closed due to COVID-19, we finally have one of our most iconic properties back online. Fremantle Deputy Manager, Ebony, and her team were instrumental in getting the place ready to reopen in time for guests, so we sat down Ebony to hear about how it all went down, and what she finds special about working there...

Hi Ebony! First question - how did you come to work at YHA?

I started at Melbourne Metro in May 2018 and was the permanent night shift person, though I used to jump a little between Metro and Central. I left YHA a year later and moved to WA to work in the mining industry. Once worked dried up there, I noticed that Perth was hiring for a receptionist, so I jumped on that opportunity and they hired me on the spot, which was incredible! I went from there to be made the Junior Manager a couple of months of later, and then in December last year, I was made the acting deputy manager for Fremantle to get it up and running again.

Wow! It seems so common that YHA staff have worked at more than one YHA, or even in a different state…

Yeah! it’s incredible… The Perth (YHA) staff is made up of people that’ve been there for 8 + years and have come from different states to specifically work at another YHA. It just shows how awesome the organisation is.

On the topic of travel, how much travelling have you done yourself?

I’ve actually lived in 5 different states across Australia, and when I turned 18 and finished school I went and did 10 months backpacking through Europe and a bit of Asia for my gap year. That of course sparked my love for travel and the hostel life. It got cold, though - that’s why I jumped continents!

Let's talk Fremantle (aka Freo) – what was the process of getting ready to reopen like?

They approached me at the end of November 2020 and asked if I was willing to be the acting manager and get right up there so we could deep clean everything. Even the weeds were about hip height so there was a lot of work to do! We had to work solidly for about a month for the first guests to arrive on the 14th of January... It ended up being about 10 months that the property was untouched during COVID.

I think the biggest challenge in setting up Freo was taking the time to learn about the property WHILE cleaning it and prepping it. It was obviously a lot to hand over in a very small amount of time. I’m so so grateful for the team that we had working together, though – everyone’s been incredible at just going with the flow, and we’re totally running on trial and error at every point. The support overall for Fremantle reopening has just been amazing. 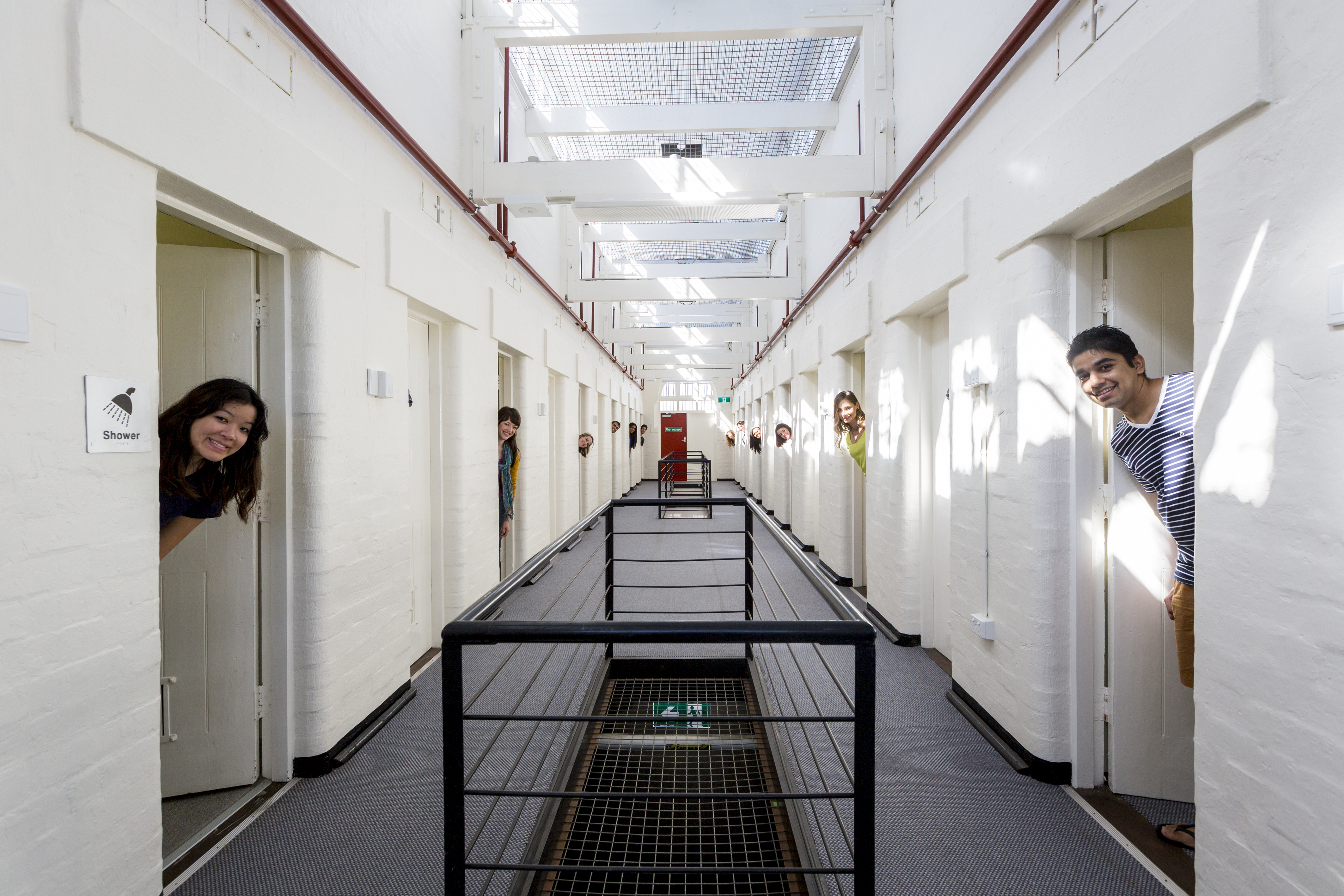 How about guests – have you had many people stay yet?

Yes! We're at 100% occupancy this weekend and it’s gotten crazier every week. I keep expecting the numbers to drop and they just don’t. The majority of people are all return guests - they’ve just heard through word of mouth that we’ve reopened and they’re just straight on it! It’s a huge mix of people – we’ve got lots of families that come and stay with us for little getaways, and we’re obviously close to the ferry stop to go over to Rottnest Island, so a lot of people come for one night before they go or on their return.

I’m just amazed at the amount of people that’ve come back – they’re like ‘we heard you reopened and we’re planning to leave WA, but we couldn’t leave without one more night in a hostel that feels like home!'. That’s the incredible thing - everyone says how safe and happy they feel in a place that obviously did not bring the prisoners much joy…

On that note - what’s YOUR favourite thing about this pretty unique hostel?

That’s a really hard question. Of course the history is just a phenomenal thing about it. I’ve had guests that have come in and said that they used to visit their parents when they were prisoners here! That just blew me away. But I just think it’s such an amazing, open space. We had the potential COVID scare here recently and had to ask everyone to stay in lockdown in the building and everyone was just incredible about it. They were saying ‘we don’t need to leave - we have everything we need inside the hostel!’… Haha! That was an experience... 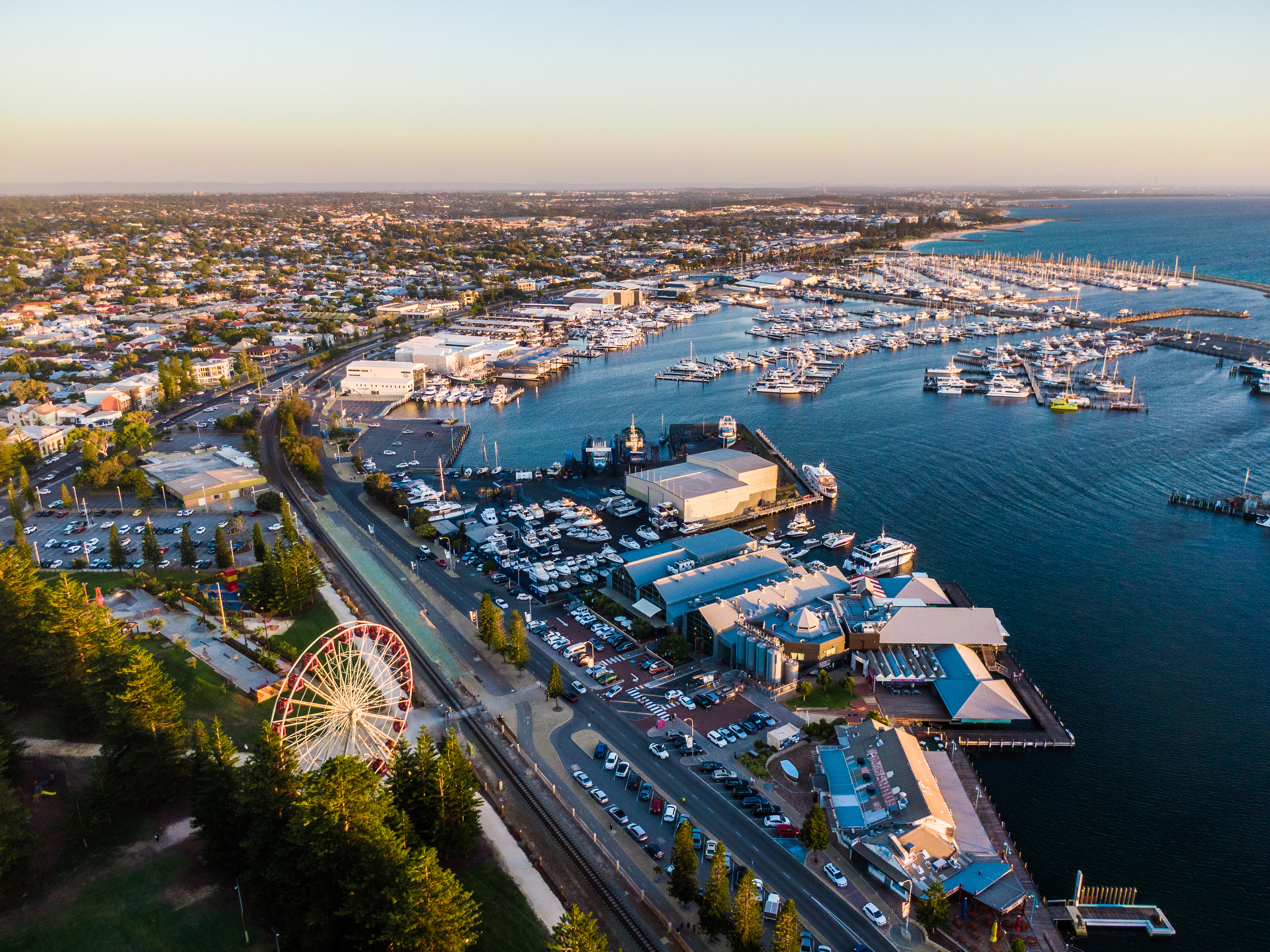 And what do you like most about Perth/WA in general?

Even though I’ve lived in 5 different states, nowhere feels as open, spacious and relaxed as Perth does. Your commute doesn’t feel like you’re stuck in traffic for hours. For example, even though I have a 45-minute drive right now, it just goes so much smoother and quicker. Because of that FIFO (fly in, fly out) feel that WA has, it’s got such a laid back, cruisy atmosphere. It’s a different kind of pull over here.

I feel like the mining industry brings a lot of people in, but I find most people just stay for the lifestyle that Perth provides. There’s always activities going on whether it’s during the week or on the weekends, and you don’t seem to have to travel very far to do the things you want to do. Fremantle is kind of the main popular getaway spot for people and that’s only a half-hour drive from the CBD. You’ve even got the option to go coastal, if you want and there’s so many amazing landmarks around the area… I think everyone should have WA on their list!

Finally, what do you like most about working at YHA?

I was talking to some of the Melbourne staff that I used to work with, and everyone’s just has this caring nature between everyone. Just chipping in, you know? We’ll be messaging them during their lockdowns, seeing how they’re all coping, and they’re doing the same back to us.

There’s staff at Adelaide YHA that I’ve never met in person, but we call them family. I’ve never had a workplace that feels so much like family... and I’ve worked for a company that WAS owned by my family. That’s the true testament to it!