Sarah is a veteran traveller, originally from Germany, who has worked on the front desk at Hobart YHA on-and-off for three and a half years. We sat down with Sarah to hear about her travel exploits and what makes YHA special to her… 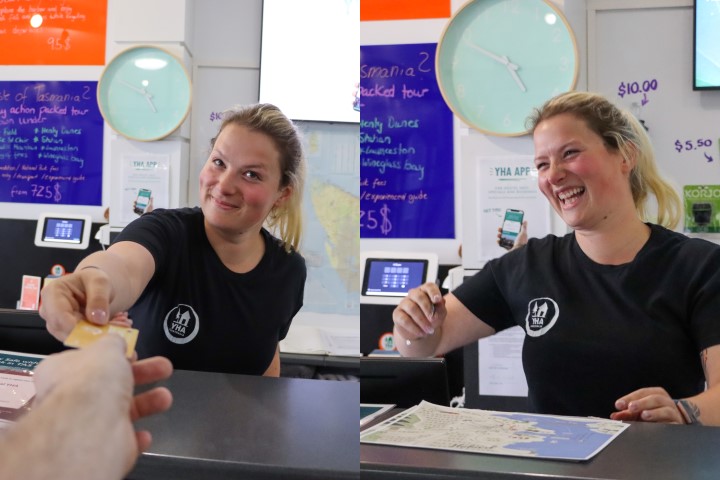 Hi Sarah! First question - How did you come to work at Hobart Central YHA?

I started off on the mainland and did what every backpacker does: a lot of farm work and travelling. I worked in Victoria and did Melbourne to Adelaide and Adelaide to Alice Springs (including Uluru and that bit). Then I did Brisbane to Cairns and after working a bit more, I came to Tassie and went on the Famous 5 Tour and liked it so much!

When I got back, I travelled up towards the Brisbane to Sydney bit that I hadn’t seen yet, but I liked Tasmania so much that I came back. The tour I did really gives you a taste because you see a little bit of everything, but there was so much more I wanted to see! Then I ended up getting the job here because money runs out as a backpacker when you travel… haha.

I was here on working holiday visas and for my second one, I worked for the whole 6 months I was allowed to, and then another 2 months as a volunteer. At that point I thought: ‘That’s it with Tassie’ and went to WA, but I just couldn’t bring myself to leave Australia, so I decided to study. Obviously, my first choice was Tasmania because it had been my home and they’re like my family here - so I came back and have been here studying since November 2020.

Before I was in Australia, I lived in New Zealand as well as two years in the States. I’ve been around a bit! I actually never used to want to come to Australia (and that’s why I went to New Zealand) because I don’t like spiders and snakes! But everyone I met said it would be fine, so that’s why I gave it a shot. Three and a half years later, I’m still here! 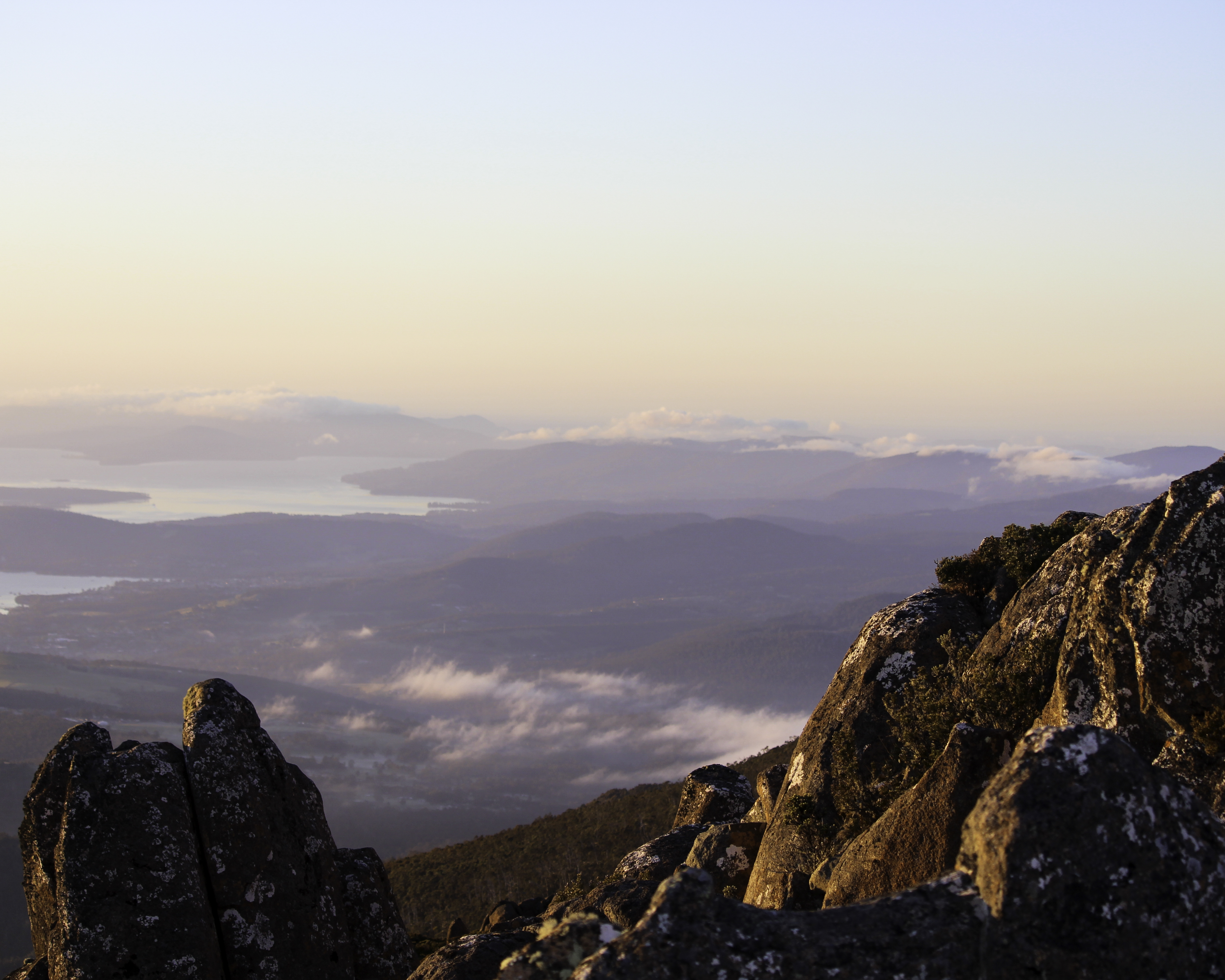 That’s so awesome! What is it about Tasmania that you like so much?

I just really love Tassie because it’s so diverse. You have beaches, you have mountains, you have rainforests, you have sand dunes in the west and the wild life is really nice. I saw my first platypus in Tasmania on that initial 5-day tour as well…  I REALLY fell in love with the platypus! That's why I decided to stay in Tasmania. People are very, very friendly here (more so than the mainland in my opinion) and the climate is pretty similar to Europe, so I feel very at home here. In Victoria and Queensland, it’s very hot. Every time I fly back to Tassie after going to Melbourne, it always feels like coming home.

Tassie has a lot of culture, too. The Dark Mofo festival is super cool and Taste of Tasmania is too. And with the nature – I’ve been here for years and there’s still so much more to see - there’s always somewhere else to go. Even our manager, Nadia, hasn’t been everywhere yet!

I’m now just getting ready to do a few of the bigger hikes. I’ve only done day hikes so far because I was a little bit scared but the Three Capes Track and Overland Track are definitely on the list to do. We have so many guests here that are hiking and they always say, ‘It’s so amazing, you’ve got to do it!’, so that’s why I’m still here!

You need some time [to see Tasmania] – a lot of people think you can ‘do’ Tasmania in a weekend because it’s just a small island, but it’s NOT just a small island. For example, people think Bruny Island is a half day thing, but no – you need to take the first ferry there and the last ferry back. People tend to really underestimate the distances here. There’s a lot to see, and especially when you want to go hiking etc, it requires some time. 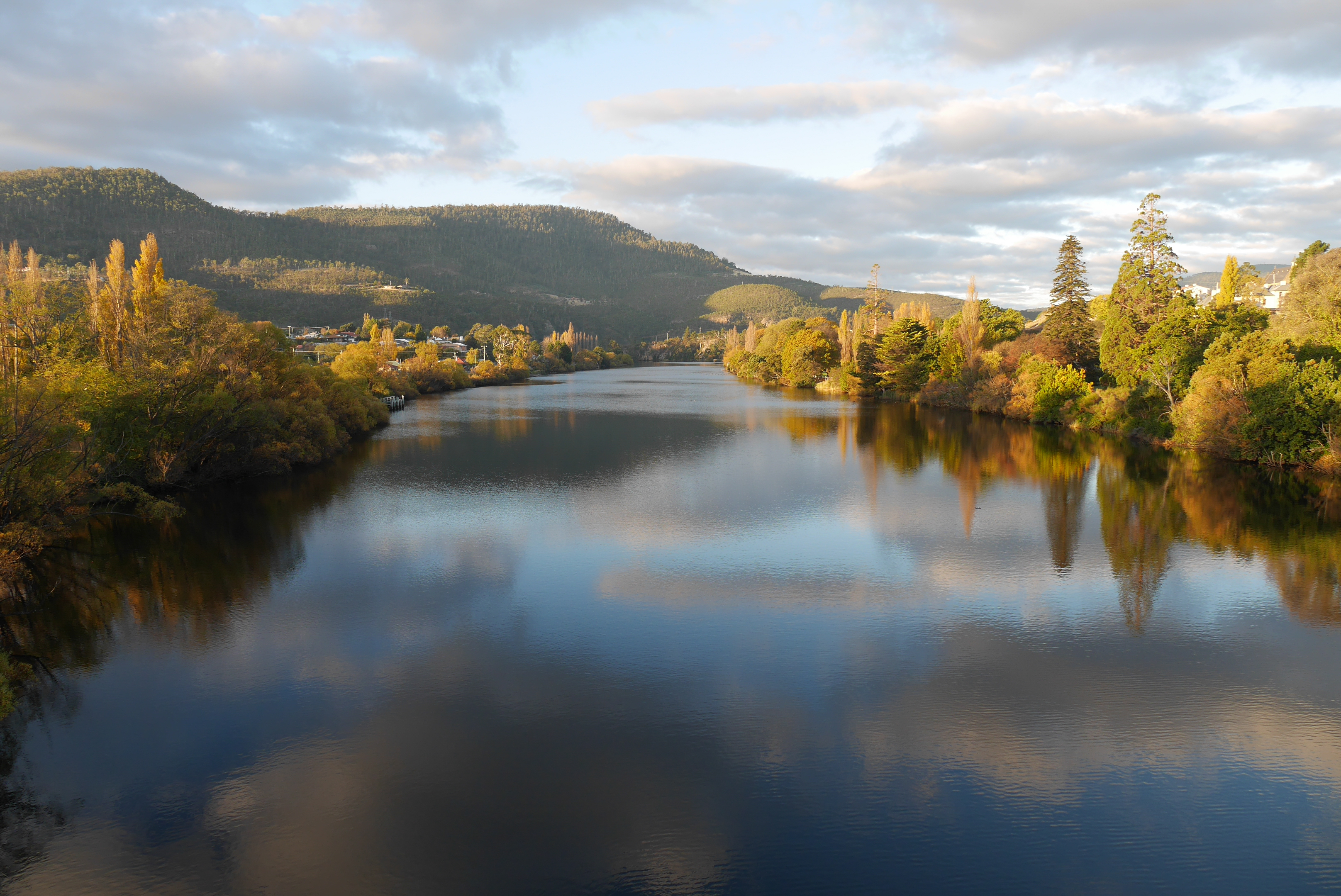 You’ve probably seen more of Australia than most Australians!

Probably! I also did a trip with my own car from Hobart over to Melbourne via ferry, and then all of the south: Nullarbor, up to Perth, all the way up to Exmouth and Karijini [Editor’s note: That’s about 75 hours of driving!]. I would never drive it again, though - I sold my car in WA and flew back… haha! The only thing I haven’t done is Darwin and Broome – I feel like I have to because I work in the travel industry and I’ve got to do it this year, probably. But everything else I have pretty much seen. You can always go back, and there’s always more to see, but the places I’ve been – I sort of know what’s there.

I think you usually don’t travel as much in your own country. I haven’t travelled much in Germany because you always say, ‘I can do that when I’m old’. But now the trend here is that there’s lots of Australians in Tasmania. Everyone has pushed Tasmania off, but now is a great time to see it because overseas is mostly closed.

What’s your favourite place in the entire world you’ve been to?

My favourite place – it’s been 12 years now – is the Grand Canyon. I’ve never seen stars like that. It’s super dark there because there’s no light pollution. I’ve also travelled in Europe, but I haven’t done any of South America or Asia. But New Zealand is also a favourite place – it’s really nice and that’s why I’m really excited about the new travel bubble!

What do you like best about working at YHA?

For me, it’s like family. With Charlene [colleague], for example – I kept in touch the whole time I was in WA. I called her once a week because she’s like my grandma. I missed one call because I didn’t have reception and she was like ‘Are you still alive?’ – haha! So I really like the team and with YHA, I’ve also worked twice in Melbourne to cover for their Christmas shift. It’s nice that YHA is such a wide network and gives you the opportunity to do exchanges. You actually get to familiarise yourself with a different area. I’m really into travel sales – that’s my thing – so it obviously helps when you know the tours in the area. YHA gives you a lot of opportunity to improve and grow!

What would you say to anyone thinking about coming down to Hobart?

I study Tourism and Travel and I definitely think that tourism in Tasmania is increasing. We can see that they’re still building new hotels, and that’s why it’s good that YHA is here and staying here!

Planning a trip down south to Tasmania? Book yourself a stay at Hobart Central YHA and meet the team!