Everything you need to know about Sydney New Year’s Eve

Sydney’s New Year’s celebrations are among the best in the world, and we reveal the top tips and tricks to make the most of it!

Sydney’s New Year’s Eve fireworks are watched by more than one million people around the harbour, plus another one billion people on television around the globe. The annual fireworks show began in 1976 and has blossomed into one of the biggest New Year’s Eve celebrations on the planet, attracting tens of thousands of visitors Australia and abroad to this must-see live Sydney event.

The Sydney New Year’s Eve Party is one of the largest and most advanced fireworks display anywhere on earth, spend a budget of $7 million on eight tonnes of fireworks. The show is truly massive – it takes 15 months of planning and 18 shipping containers packed to the brim with pyrotechnic equipment – as Sydney enters the New Year in a haze of explosions.

The New Year celebration in Sydney includes two spectacular firework displays: the ‘family fireworks’ at 9pm, which are about eight minutes long, and then there’s the big show at midnight, which goes for 12 minutes. Fireworks are detonated off a series of barges either side of the Sydney Harbour Bridge, which is the centrepiece of the celebration. In 2018, a record 28,000 fireworks shot off the famous ‘Coat Hanger’, including a spectacular shower of explosions cascading into the harbour like a waterfall.

There is a different theme for Sydney New Year every year, including a different symbol lighting up the middle of the Sydney Harbour Bridge. Sydney welcomed the new millennium with the city’s symbolic “Eternity” message, 2003 was a “celebration in unity” with the dove of peace, 2012 was “time to dream” with a thought bubble, and in 2015 we were “inspired” by a glowing lightbulb. The theme last New Year’s? "The pulse of Sydney." And trust us - the pulse of Sydney pumps away furiously on this night of nights. 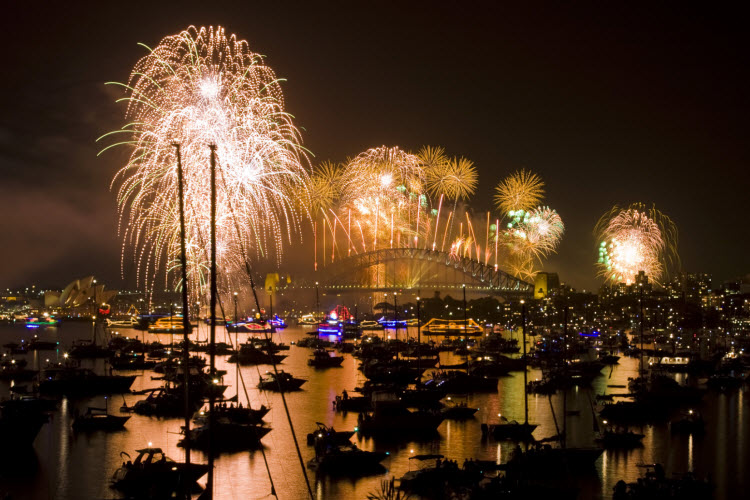 Where to see the Sydney New Year’s Eve fireworks

The pyrotechnics explode from a series of seven barges floating either side of the Sydney Harbour Bridge, which is the heart of the action. That means there’s dozens of vantage points along the waterfront to witness this epic party. Viewing locations are dotted all along the north and south edges of the harbour, including a mixture of free spots as well as ticketed events. Those free, non-ticketed locations are extremely busy – people camp out for more than 24 hours to secure their favourite place. Most of them are family friendly and alcohol free, too – police and security guard these venues carefully.

The biggest and most popular vantage points are, of course, right next to the Sydney Harbour Bridge on either side of the water. On the north side of the Harbour, Bradfield Park in Milsons Point (capacity of 35,000) and Blues Point Reserve in McMahons Point (15,000) both routinely reach their limit hours before the midnight fireworks. On the south side of the Harbour Bridge, the Rocks (40,000), family-friendly Darling Harbour (40,000) and Mrs Macquaries Point (15,000) are similarly popular. Circular Quay is the busiest spot of all – it usually reaches its 32,000-person capacity five or six hours before midnight. 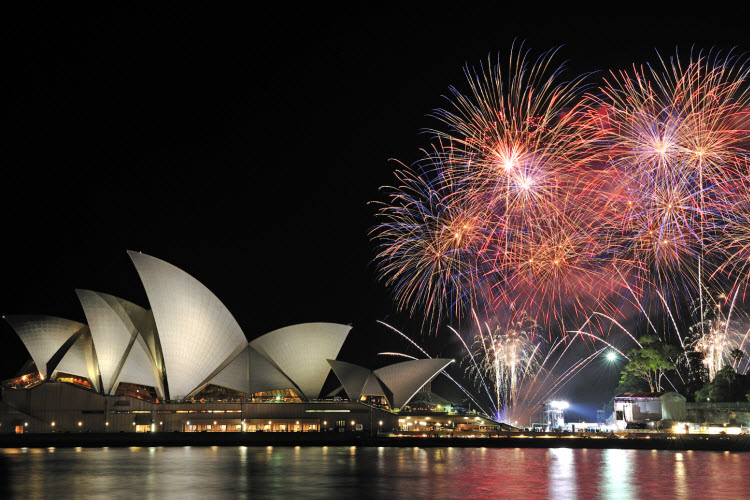 How to plan your Sydney New Year’s Eve party

More than a million people make their way into the city for Sydney’s New Year’s Eve celebrations so a little planning is needed to have an awesome night. Inner-city roads are closed from the early afternoon so driving is not an option, and Ubers and taxis are also difficult. Public transport is certainly the best way to travel into the city – make sure you leave plenty of time to get there.

It’s even more difficult to make your way home after the midnight fireworks, when more than one million people are on the move following this epic live Sydney event. Thousands of extra trains and buses operate, but it’s still a long wait for public transport – if you’re happy to wait around, wait until after 1.00am to allow the crowds to clear. Don’t even think about a car – taxis are extremely rare and Ubers surge through the roof at midnight.

You can secure yourself a good view of the fireworks on a harbour cruise or a ticketed event, but you’ll still face transport headaches on the way home. Make sure you only trust reputable companies with a history of positive reviews – party-goers are often disappointed with these expensive waterfront events. Long queues and less-than-impressive views might not match the $300-plus price tag. 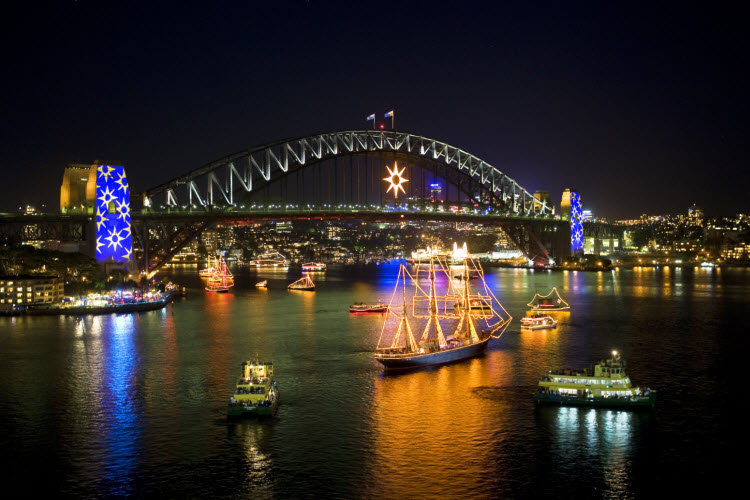 Sydney Harbour YHA hosts a Sydney New Year’s Eve Party that you will never forget. The view from the property’s spacious rooftop terrace overlooks Sydney Harbour, giving you a front-row seat to this spectacular live Sydney show. YHA’s Sydney New Year’s Eve 2020 party is great value for money compared to other venues with similarly panoramic views, and you know you can look forward to YHA’s trademark reliability and quality.

The best bit about Sydney Harbour YHA’s New Year’s Eve party? It's at your acommodation! Forget the stress of the crowds and the hassle of squishing onto public transport on the way home – YHA’s great-value accommodation-and-party packages are available for as little as $770 for a full seven nights’ stay at Sydney Harbour YHA plus access to the rooftop for a live Sydney event you’ll never forget! You can relax on the rooftop for the midnight fireworks with a drink in hand, then just pop down the stairs at the end of the night for a good night’s sleep in this comfortable, modern property.

Sydney Harbour YHA is located in the heart of Sydney’s historic Rocks precinct next door to the Sydney Harbour Bridge – the only hostel in the city with eyes on the epic Sydney New Year’s Eve party. Soak up the buzz that absorbs Sydney in the lead-up to the big show then sit back and enjoy the best budget vantage point in town for a New Year’s Eve celebration that you’ll never forget! There’s no better time to visit Sydney than New Year’s.

Sydney Harbour YHA’s 2020 New Year’s Eve Accommodation and Terrace Party tickets will go on sale on 3 April at 5pm (AEST). The number of spots on the rooftop is strictly limited, meaning there are only a limited number of accommodation and terrace packages available. They’ll get snapped up faster than you can say ‘Happy new year!’ – click here for full list of prices and room types and all the information you need about the big night.